At the dawn of its thirty years, Hammerfall releases its new album. 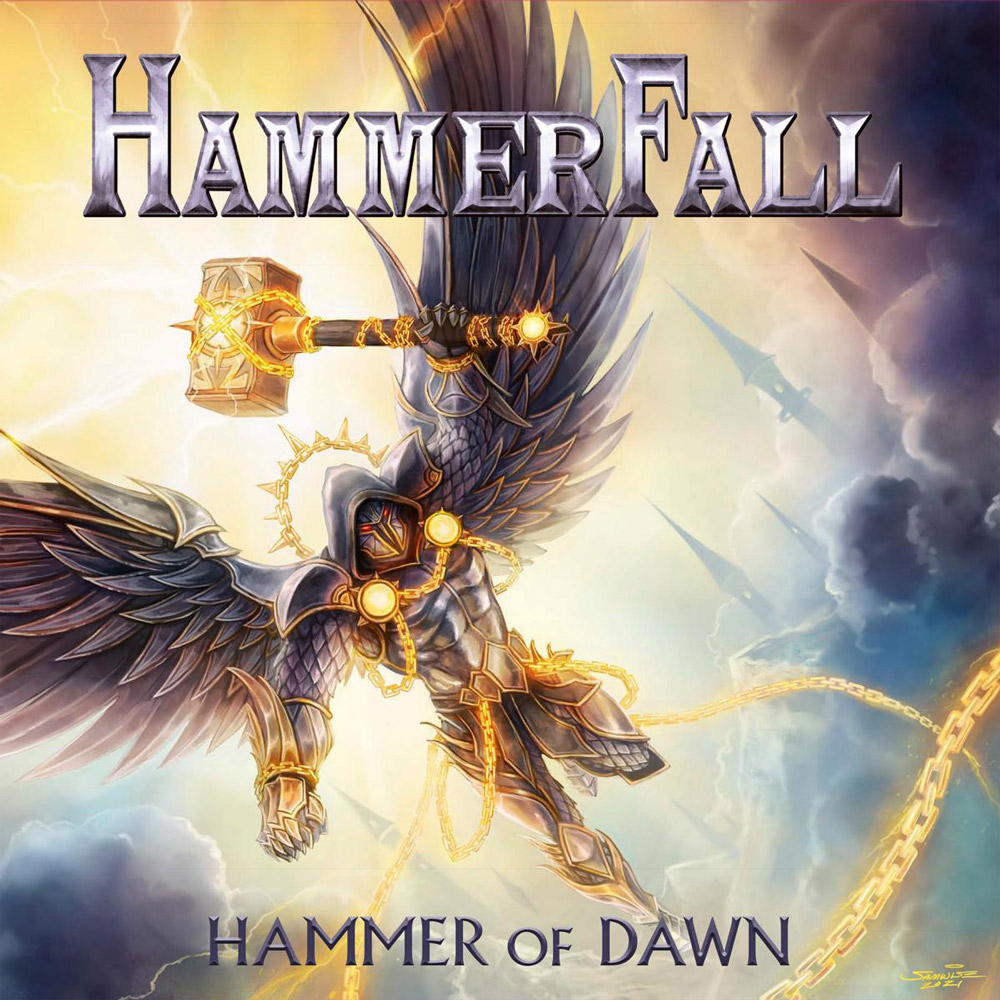 The band attacks with Brotherhood, an energetic and catchy composition which follows the rules of Power Metal. The vocalist is always highlighted, offering some dark tones supported by choirs, then Hammer of Dawn, the eponymous track, strikes with its warlike rhythmic. The band unveils majestic elements which team us with the hooking sound, but also some vocal thursts, while No Son Of Odin reconnects with worrying tones. Very catchy, the rhythmic unveils aggressive but heady melodies, which can be found into piercing leads, but also on Venerate Me, a song on which the band welcomes the almighty King Diamond (Mercyful Fate) for some backing vocals. Epic riffs push the band to offer an outstanding performance while building a weighing ambience, like on Reveries, which offers a dark quietness. We also notice the lead vocal part which offers an interesting diversity, but also powerful backing vocals which perfectly enhance the rhythmic before Too Old To Die Young comes to offer a vivid energy. On the rhythm part, we’re still on something solid and effective, which also can make place to few melodies, then Not Today makes us sink again into a quiet groove. Once the intro is over, the Power ballad calms down again, offering verses as duets between vocals and clean guitar. Live Free Or Die goes back to raw energy, coupled to inspired leads, and the only moment the band allows us to catch our breath again will be short. The end of the album already comes up with State Of The W.I.L.D., a song which slowly begins before reconnecting with this catchy dynamism and this instrumental mastery. The final point is set by No Mercy, a very motivating and hooking composition which personally reminded me of the band’s first releases.

Whether Hammerfall is nowadays recognized, it’s partly because of its capacity to offer a constant quality. With Hammer of Dawn, the band is certain to please its fans while picking into majestic influences or solid riffs.