Deserted Fear is about to release its new album.

For their fifteenth years, the band composed of Manuel Glatter (vocals/guitar), Fabian Hildebrandt (guitar/bass) and Simon Mengs (drums) unveils us Doomsday, their fifth album. They also plays with Seppl (bass) on stage. 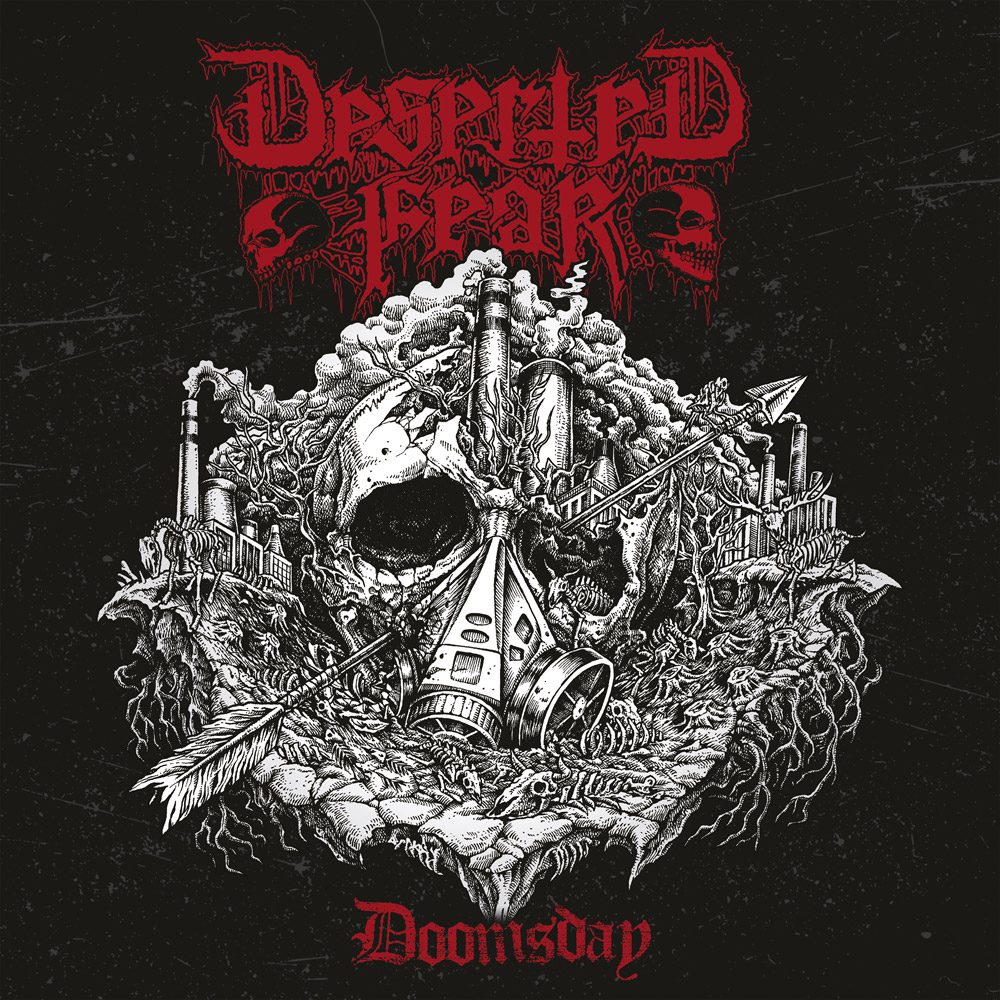 After a slow but majestic introduction, the band attacks with Part Of The End, a haunting and really hooking composition that does not skimp on heavy riffs and massive vocals. Heady melodies join the thick rhythmic before Idols Of Triumph’s groove comes next, accompanied by aggressive patterns. The song also offers airy harmonics, then Follow The Light That Blinds shrouds us with its oppressive riffs. Whether more energetic elements can be heard into the rhythmic, the ambience remains weighing, offering a dark sound to nod before Fall From Grace brings sharper riffs. The sound is really catchy, especially on the chorus, melting dissonance and raw effectiveness, then the band offers us a moment of respite with As Its End, a short oppressive interlude which drives us to Reborn Paradise, a more straightforward song. Old School sonorities are more present, mainly on howlings, and the band uses them to offer a dissonant basis to mysterious leads, then The One Desire makes rage revive with a more energetic rhythmic. Heaviness and blackness team up to create very effective abrasive riffs, just like on the powerful Call Of Emptiness, a composition with aggressive riffs. Choruses make the rhythmic slow down to increase oppression and lock us into this veil of blackness before striking again, just like on the ice-cold Voices Of Fire. After the haunting introduction, the band lets its rage and airy influences explode to unveil us a majestic sound, which ends before Doomsday, the last track, begins. Based on the same blending of blackness and Death Metal which strikes since the beginning of the album, the sound offers us interesting harmonics which quickly stick to our mind, closing the album with this weighing sound mass.

Deserted Fear’s style is based on weighing and dark influences, allowing them to develop massive riffs over Doomsday. The live transition will undoubtedly be intense, regardless which effective composition the band will play.