Gutrectomy comes to crush us with its second album. 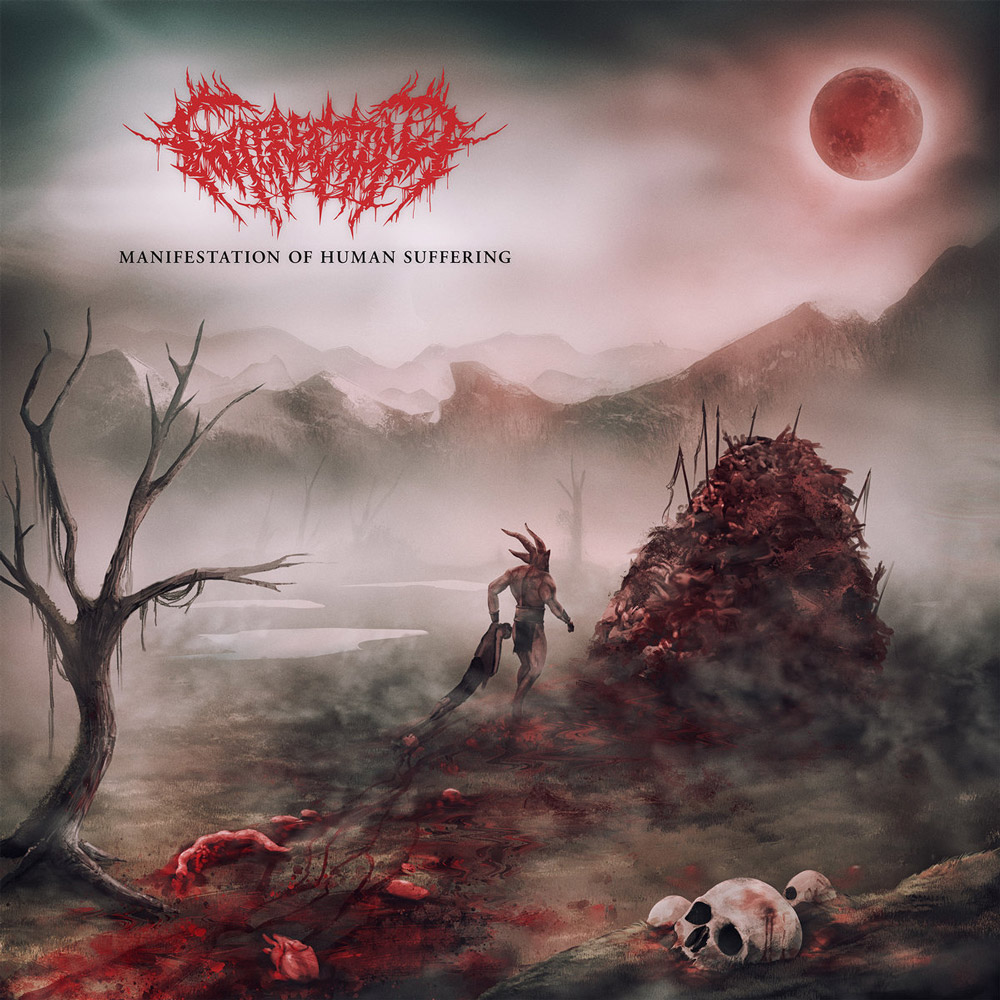 With Gutrectomy, you need to forget any notion of softness or quietness, you’re about to say goodbye to respite with Abyss, a worrying introduction which will quickly roll over us with infrabass. The very modern mix allows the band to permanently get unleashed and clobber us with its killer moshparts, while placing super powerful howlings over violent riffs. We also notice the appearance of three guests: Lukas Swiaczny (Stillbirth, Placenta Powerfist, Xavleg) on Slaves to Greed, Dustin Mitchell (Filth) on Scorched Earth and Jamie Hanks (I Declare War, Sacrificer) on Condemned to Suffer. Their addition enables the band to strengthen its incredible firepower while adding respectively raw energy, a worrying dissonance and a mammoth heaviness. The Germans still allow us a short respite in the middle of the album with Drained, a disturbing instrumental track, then we sometimes notice Old School influences like on Diarrhea Diving Club, which is in my opinion the most effective one of the album, or even some soaring elements, with Perish in Selfishness or Scavenger of Hatred. Violence is never this far until the last moment, and the album ends with Apocalyptic Squirt Tsunami, an as weighing as… suggestive track.

During more than half-an-hour, Gutrectomy will brutalize us with its raw Slamming Deathcore. On Manifestation of Human Suffering, each track is made to crush us, nail us to the ground and roll over us while the vocalist vomits its rage. An excellent pick.