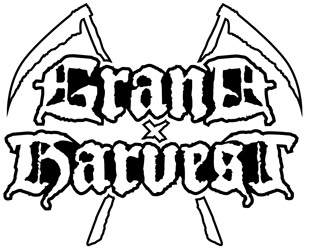 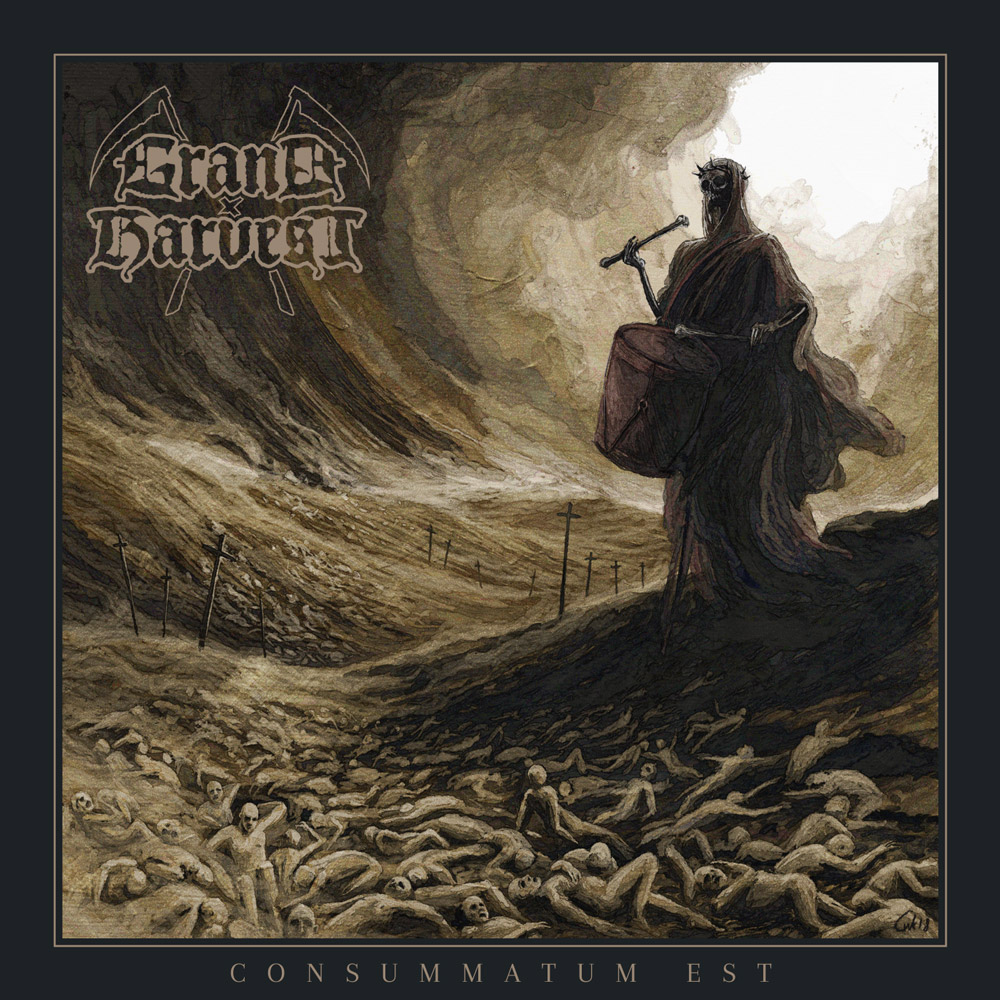 The band begins with Sol Maledictor, a weighing and slow track which chokes us before offering effective and heavy riffs. Effective Death/Doom roots are topped by cavernous howlings and unhealthy screams, but also more majestic parts and choirs, driving us to The Harrow, an as catchy as raw composition, accompanied by sharp harmonics. Rhythmic wears very soaring parts, associated to direct riffs and energetic patterns, then No Paler a Horse unveils a haunting melancholy dictated by ghostly leads. The song offers us a hooking progression which sometimes got strengthened, then the final few words drive us to As the Vultures Descent, an impressive composition. Whether the introduction is quite soft but worrying, the rhythmic literally crushes us under this cadaveric heaviness and this killer groove, which slows down before Crowns to Ashes – Thrones to Dust unveils airy leads over a powerful basis. The song will slow down near the end to shroud us in this curtain of blackness, which will let place to My Desolate Sea, a burdening song. The riffs’ mesmerizing influences anchor themselves into slowness to give murky and airy leads, then the dark voice drives us to Fatehammer and its warlike influences. The sont progressively strengthens to become as solid as seizing while developing its greasy influences, but also airy leads which can make raw rage await, before letting In Memoriam – Magnus Invictus allow us a short break. Oppression leaves us with Consummatum Est, a very long track which exploits haunting and weighing tones at most to accentuate Death Metal’s raw violence. Effective riffs highlight dissonant harmonics while vocals spits its violence to the face while taking advantage of some regularity to knock us out before ending.

Even unknown, Grand Harvest is a band that can handle Death/Doom. I never heard about their first demo, nor their live album, but in my opinion, Consummatum Est is an as solid and haunting as unhealthy and dark album. You’ll love it.