Eucharist announces its comeback with a new album.

Fifteen years after its previous release, the band driven by Markus Johnsson (guitar/vocals) since 1989 is ready to introduce us to I Am the Void, its third album. Simon « BloodHammer » Schilling (Marduk, Panzerchrist, ex-Belphegor) handles drums duties. 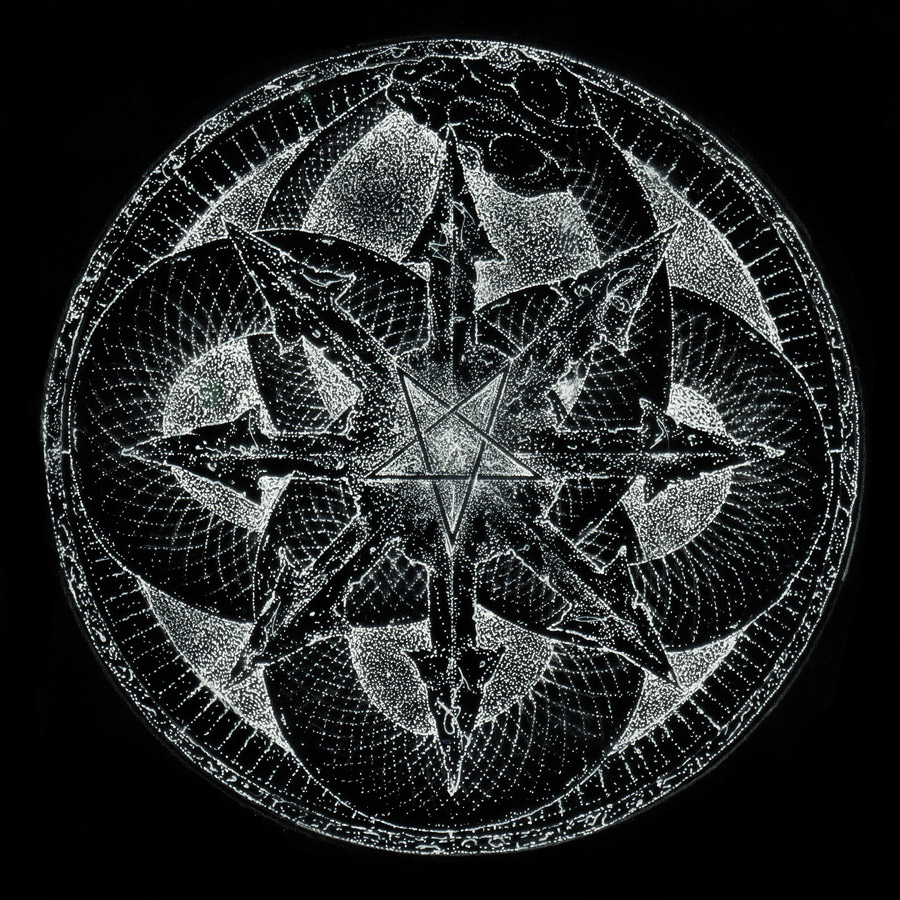 The album begins with the mystical and mysterious Shadows, a composition which unveils a Blak Metal with Old School unleashed roots. Sharp leads wonderfully complete the song’s raw basos which shelters morbid howlings, then A Vast Land of Eternal Night comes next with weighing tones. The dark sound is strengthened by dissonant elements which are perfectly integrated to the very straightforward mix which feeds the haunting melancholy, while Goddess of Filth (Tlazolteotl) goes back to energetic and hooking sonorities. The groove is completed by catchy riffs, but the sound is still cold, offering an interesting contrast before In the Blaze of the Blood Red Moon offers Melodic Death Metal influences. Very impressive, the track creates a majestic ambience to which airy leads contribute, then Mistress of Nightmare makes rage respawn with Black/Thrash roots. The rhythmic’s raw strength is completed by soaring harmonics, then the band continues into this dynamic of dark energy with Queen of Hades, a song that can become very weighing while staying heady. Accelerations punctuate this quite melancholic song, which will eventually leave us with Nexion, a very dissonant composition. The burdening introduction welcomes worrying whispers before the rhythmic progressively comes, bursting into fire before the end to let Where the Sinister Dwell enchant us with its soft melodies. The dark quietness will turn into an unfurling wave of raw riffs before welcoming a weighing slowness on In The Heart of Infinity. The song will suddenly become more airy, offering dissonant melodies which will be more and more violent until Lilith sets fire to the sound with its aggressive riffs. The song unveils some Heavy influences before coming back to burdensome sounds with Darkness Divine, a composition which offers a melting between raw aggressiveness and hypnotic harmonics which go back to the style’s roots. The sound unveils some soaring technicality before I am the Void, the last song, comes to close the album with more than nine minutes of a melodic, catchy and sometimes deeper blackness, like on the airy break.

Eucharist’s rebirth also announced a turning point for the band. Now more oriented on a Black Metal with several influences, I Am The Void will offer heady melodies, raw rhythmics, majestic parts and an Old School rage for more than an hour. A true pleasure.