Et Moriemur turns to Japan for its fourth album. 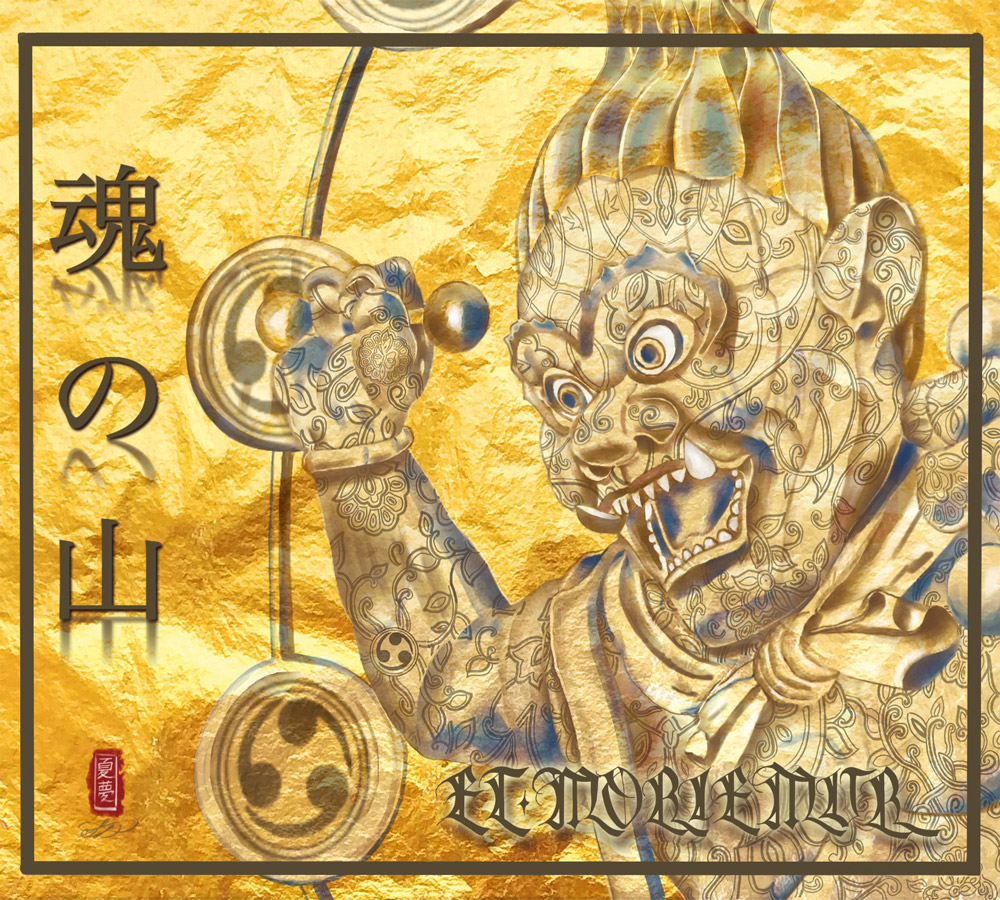 A melancholic keyboard makes us slowly enter into Haneda, the first track. Airy sonorities will accelerate, unveiling heady melodies or even placing some backing vocals before Sagami makes place for drums and a seizing saturation. The majestic slowness of this short song is as weighing as haunting, and vocals’ viscerality makes a mammoth heaviness spawn, as well as on Oshima, a slower and more cavernous song. Funeral Doom influences coupled to raw vocal parts offer this burdening ambience, which will be contrasted by more joyful tones from keyboards with asian roots, giving some epic output which ends with Izu and its dark dissonance. The song unveils us a burning rhythmic and a seizing intensity, still coupled to influences from the land of the Rising Sun, strengthening this beautiful rage, followed by Nagoya and its as weighing as majestic sonorities. The song becomes more haunting and mysterious, then a luminous outro gives birth to the ghoulish Otsuki. The song moves forward into darkness, even offering an explosion of violence accompanied by fast-paced leads before it calms down through airy melodies which drive us to Takamagahara, the longest song which closes the album. More than thirteen minutes, during which the band will mesmerize us, using a large and interesting vocal range from screams of despair to whispers, but the instrumental contributes to this weighing and melancholic atmosphere, which abandons us with some keyboards and the Folk influences.

If you met Et Moriemur with their previous releases, you know the sound the band can create. On Tamashii no Yama, the atmosphere is anchored into a different universe, farther tones, but we still have this visceral rage, this intensity and this deepness.