Violence is honored for the new Misery Index album! 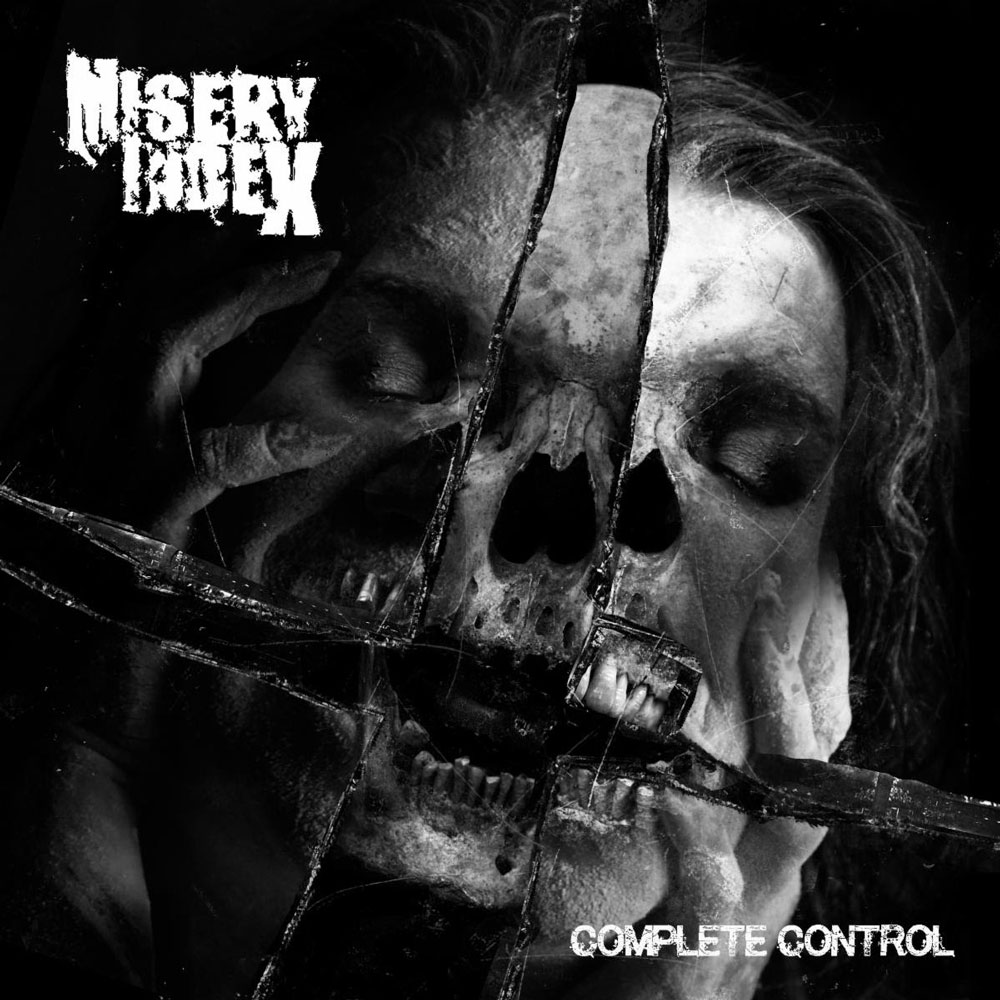 To be honest, I was immediately intrigued by the artwork of Matt Lombard (Los Males del Mundo, Cradle of Filth, Sarah Jezebel Deva…), which quickly takes its meaning with Administer the Dagger and its worrying ambience. Blackness will be crushed by the energetic and raw Death/Grind which spits us fast riffs and powerful howlings on the face, while letting some technicality work, just like The Eaters and the Eaten and its Old School influences. The hooking rhythmic is fueled by an oppressive dissonance, while Complete Control, the eponymous song, throws us to pure effectiveness coupled to melodic leads. The seizing contrast literally smashes us before Necessary Suffering comes to strike us with a melting between dissonance and powerful groove. Devastating riffs will for sure be effective on stage too, just like Rites of Cruelty’s ones, coupled to killer harmonics which unveil us more technical elements. Even quite straightforward, the song allows some more majestic elements to create an interesting contrast, while Conspiracy of None plays with dissonance to accentuate the riffs’ aggressiveness. Tearing leads are also part of the bill before the short Infiltrators comes to make us nod with its hooking parts. Howlings are definitely heady, then Reciprocal Repulsion comes to offer an uncompromising groove, which will be the most destructive on stage. Whether choruses are slightly quieter, verses are some of the most effective I heard, above on those parts where the two voices team up, then the album ends with No Defined, a raw and straightforward composition where riffs do not lose a single time to beat us.

Misery Index is a safe bet into the Death/Grind scene, and Complete Control will prove it once again. After more than twenty years of violence to its clock, the band only knows to crush us, and we enjoy it. An essential.