Crematory continues its road with Inglorious Darkness, its sixteenth album.

A major figure of German Gothic Metal, the band started in 1991 and gradually built up a reputation in the underground scene. Composed in 2022 of Felix Stass (vocals, Stass), Markus Jüllich (drums), Katrin Jüllich (keyboards/samples), Rolf Munkes (guitar, Empire, Razorback, ex-Majesty) and Patrick Schmid (bass, ex-Apophis), the band announces to go back to the roots of its style. 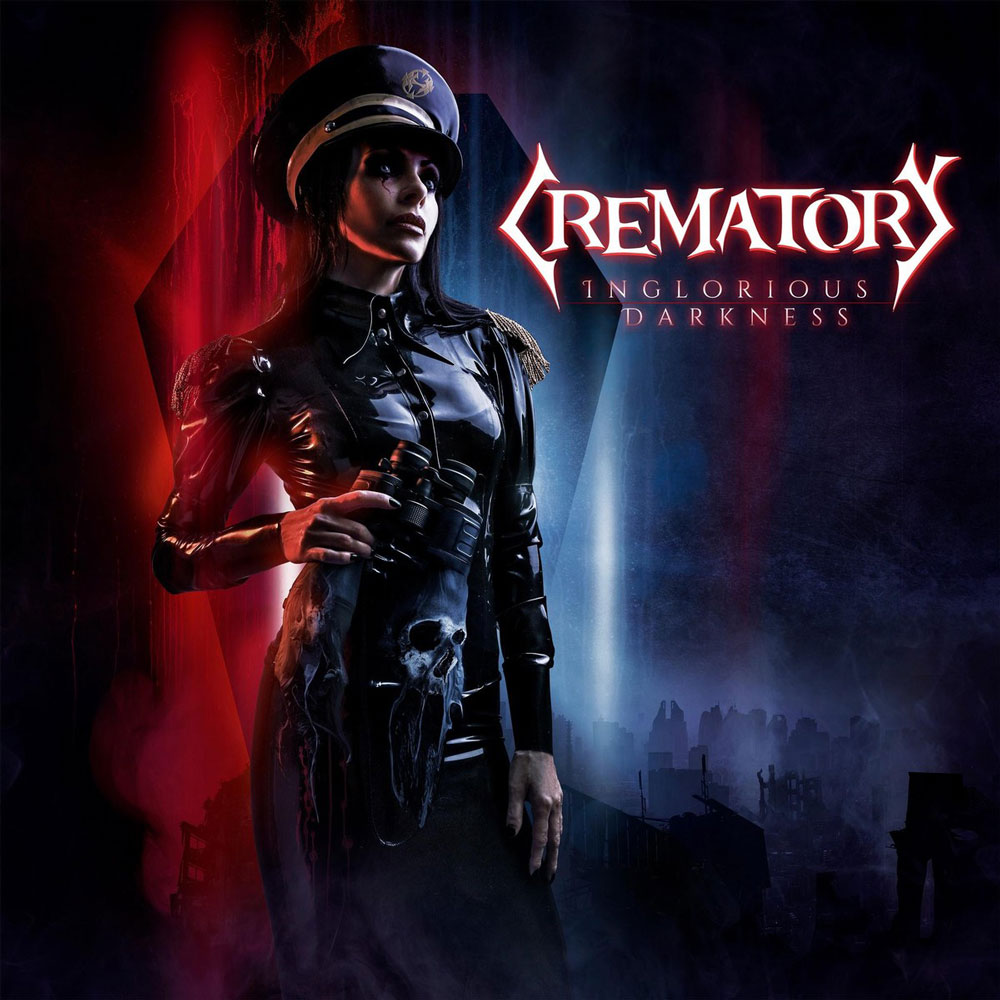 The haunting Inglorious Darkness starts the album with cold and slow airy tones. The vocalist’s recognizable saturated voice is complemented by his perfectly controlled clean vocals, and the simple but catchy riffs prove to be very hooking just like on Break Down the Walls and its intense melancholy whichreveals some more energetic parts. The haunting leads are mixed with this motivating base which continues with Trümmerwelten, a track in the language of Goethe which leaves no doubt about the Industrial roots of the band. Again very catchy, the track offers more melodic touches creating a contrast between the two aspects of his music that will continue on the energetic Rest In Peace, a much faster composition. We feel that the raw efficiency is the main characteristic of this track and its energetic riffs which know how to leave place to very federative choruses, before the mysterious The Sound of My Life comes to place its mysterious and repetitive tonalities. The hypnotic bass perfectly serves the dancing and catchy elements, which will give way to Tränen der Zeit, the German version of one of the band’s classics, and its majestic accents. There are also some Heavy Metal accents on the leads, but the track knows how to place an imposing darkness in its riffs, then Until We Meet Again reveals an imposing and heavy rhythmic. The track will expose us to this contrast between the heavy choruses and the more theatrical verses, while Zur Hölle will return us to the basics of Industrial with raw and aggressive sounds. The danceable and accessible tonalities come back with Not For the Innocent, a more contrasted track that knows how to place very soft keyboards as well as abrasive screams under an obvious groove and Death Metal influences. Industrial roots resurface with Das Ende and its modern keyboards, creating this wall of natural aggressiveness before Forsaken closes the album with this mix between the haunting base and the more joyful touches while keeping the groovy and cold sounds contrast.

The name of Crematory doesn’t need to be introduced anymore as it is well known. With Inglorious Darkness, the band proves us that despite the departure of a member, they know how to adapt, even if it means proposing different vocal parts that still stick to this imposing contrast.