The time for the second album has come for Darkened. 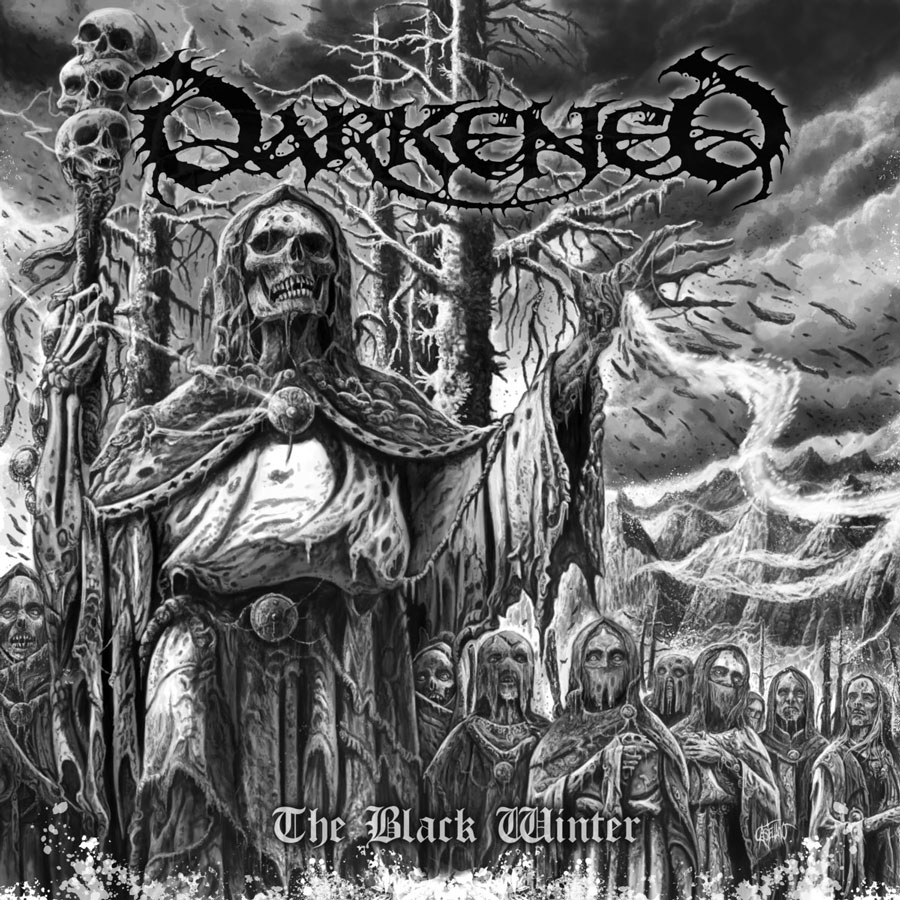 The album starts with the short and oppressive Premonitions, a rather melancholic introduction that leads us to the crushing and brutal Blood. The heartbreaking melodies are coupled with the solid basis and massive screams which fuel the aggressive atmosphere of this track deeply rooted in the Swedish Death scene, just like Flayed and its abrasive harmonics. The catchy rhythmic explores the most haunting tones the band can develop while dipping into a disturbing darkness, while Terminal Lucidity moves towards a heavy and apocalyptic Death/Doom before accelerating to reveal a putrid groove. The leads slow down the tempo again to reveal an epic atmosphere that drives us to Black Winter and its frantic riffs. The raw energy mixed with the dirty sound is one most effective and will also reveal an impressive coldness populated with heavy screams before Fearful Quandary turns out to be disturbing with unhealthy leads. The rage of the Death Metal comes back very quickly without forgetting these sharp and heady melodies which forge the personality of the quintet which continues with the heavy Swallowed by the World and its thick rhythmic. The martial sound will undoubtedly break some necks and provoke crowd movements thanks to extremely effective riffs, deep screams and light oppressive orchestrations which support the dramatic side of the track, finally leaving us with Plague of Despair and its dark leads. The crushing and dissonant rhythmic soon arrives to envelop us by force in this hazy sound, without forgetting these more Old School and devastating patterns, then the end of the album takes shape with the long and icy Regret, a composition that knows how to be majestic and dissonant while remaining very catchy. The leads are also very present in this heavy fog that progresses slowly before regaining a morbid energy, then it slows down on this final that stops in one go.

Darkened confirms the impression made by its previous releases: the band knows exactly what it is doing. Anchored in a Swedish Old School sound, The Black Winter is by turns aggressive, icy and catchy while proposing more majestic or dissonant elements, making it a varied and imposing album.