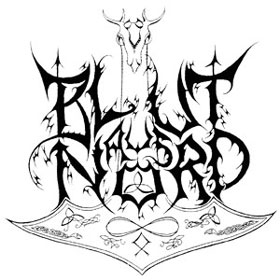 Created in Normandy by Vindsval (guitar/vocals, Forhist) and W.D. Feld (drums/keyboards), and accompanied since 2001 by GhÖst (bass), the band unveils Disharmonium – Undreamable Abysses for 2022 on Debemur Morti Productions.

Blut Aus Nord has always accustomed us to a dissonant and strange universe, between Death, Black and experimentations under the sign of Metal, and this album is only the worthy descendant of this worked and destructive lineage. Chant Of The Deep Ones, a chaotic and oppressive composition, starts the album by placing us in the center of a real tornado of darkness, completed by ghostly and imposing voices. There are some softer riffs and more ominous moans in this long wave of rage that knows how to slow down to offer intense leads before calming down, then the atmosphere becomes darker with Tales Of The Old Dreamer, the next track. Tortured backing vocals are also present to mesmerize us while the steady base and majestic leads do their job before hitting us with a solid rhythmic pattern which drives us to Into The Woods, a suffocating track with a dark atmosphere. The dissonance is handled with a masterful hand, especially with those mystical choirs and that throbbing slowness that gets lost in the nothingness, giving birth to the virulent Neptune’s Eye and its abrasive blast. The track will remain imbued with these aerial, ghostly and ambient sounds that lead us to That Cannot Be Dreamed, the most experimental song of this album. The progressive introduction can leave one skeptical, but the aggressive and solid elements quickly come back to mix with this imbroglio of tonalities all more anarchic than the others. But strangely, the whole remains coherent, feeding the dark and mysterious atmosphere that flares up before Keziah Mason comes to present us with its terrifying oppression and haunting dissonance. The track is hypnotic, offering us an impressive regularity completed by blast accelerations or more ambient slowdowns, then the album closes with The Apotheosis Of The Unnamable, a much more violent track but just as heavy and dissonant. The ghostly screams reappear in the background, as well as those heartbreaking leads and that suffocating atmosphere, and even when the track offers us a softer break, we feel crushed, lacerated, struck by occult forces until the last moment.

Blut Aus Nord has always been able to create a musical universe as intense and dissonant as intriguing and interesting, and Disharmonium – Undreamable Abysses will not be an exception to this implicit rule. Don’t expect anything familiar, while acknowledging the suffocating oppression.