Jungle Rot celebrates its 30th anniversary with an eleventh album.

Created in 1992 in the United States, the band led by Dave Matrise (vocals/guitar) and completed by James Genenz (bass, ex-Fleshgrind), Geoff Bub (guitar) and Spenser Syphers (drums) signs with Unique Leader Records in 2022 and announces the release of A Call to Arms. 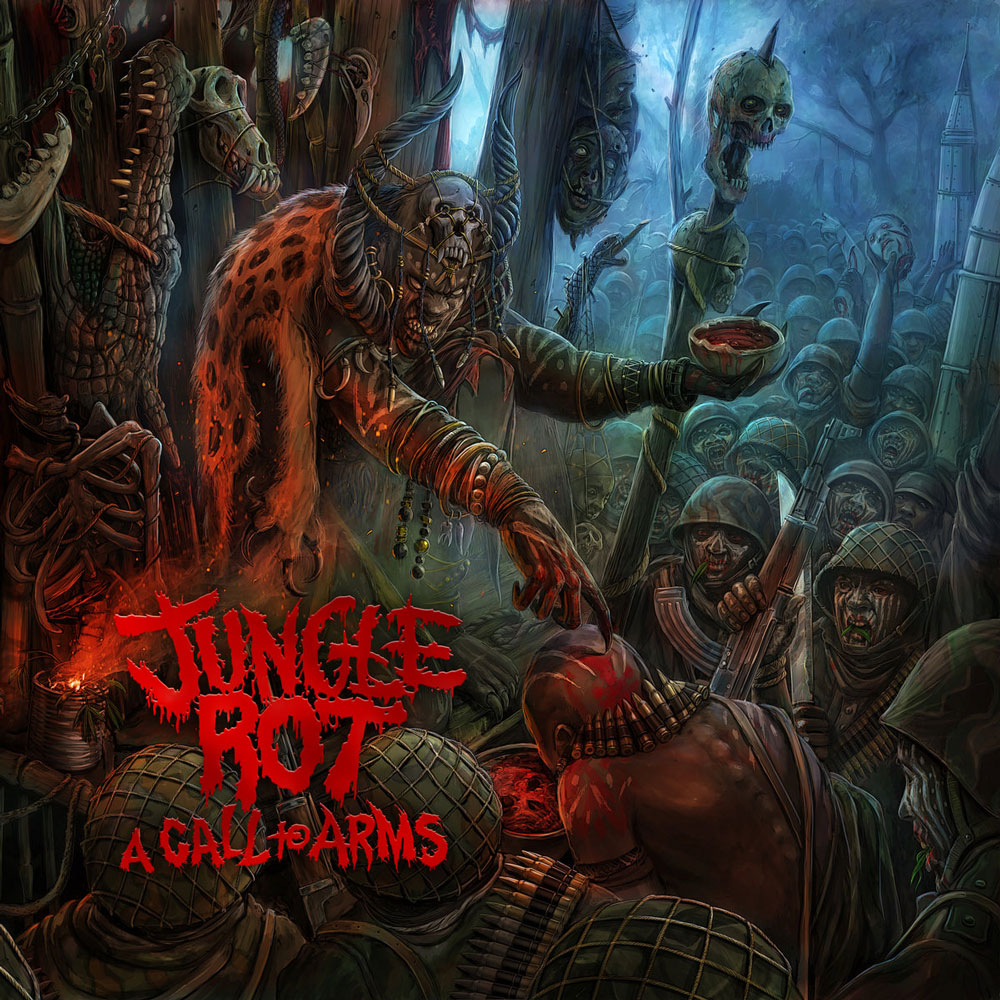 Without further delay, the band unleashes A Call to Arms, the eponymous track. The catchy and fat Old School influences are present, as well as some energetic Thrash spikes which let the blast and the unhealthy screams give a solid base to the leads, then the band comes back in a massive Brutal Death on Beyond the Grave, a more martial composition. The groovy and dirty rhythmic allows the band to place some dissonant solos and dark energy, just like on Genocidal Imperium, a composition focused on raw efficiency. Riffs are solid and will undoubtedly allow the audience to mosh following the jerky rhythmic, and Asymmetric Warfare will follow the same pattern by revealing a driving aggressiveness. The band follows with Vengeance & Bloodlust, a rather old school track that lets the raw rage express itself in this energetic rhythmic, but also some more complex leads that contrast with the catchy riffs, while Maggot Infested offers us a rather unhealthy sound. The riffs remain very catchy, even letting some slower parts to make us shake our heads before Death Squad comes to attack us with its more offensive roots. The high tempo of the track allows it to offer a fiery rhythmic which becomes a basis for haunting leads, which will give way to Haunting Future, a track that remains anchored in pure efficiency. Total Extinction and its frantic rhythmic follows, offering some Grind influences that create a total contrast with the aery leads, then the album closes with Population Suicide, a composition that remains anchored in the roots that the band exploits since the beginning of the album, between violence and catchy riffs.

Jungle Rot remains anchored in a qualitative Death Metal and catchy riffs. Nothing new for A Call to Arms, which will please the fans of Old School sounds while offering catchy rhythms, but we would have liked to hear some more imposing elements.