Formed in 2013 in Finland, the band consisting of Joel Hokka (vocals), Niko Moilanen (vocals), Joonas Porko (guitar), Olli Matela (bass), Tommi Lalli (drums) and Aleksi Kaunisvesi (keyboards/samples) released three albums before representing their country at Eurovision in 2021. After a few tours, the band released Lifestyles of the Sick & Dangerous in the summer of 2022. 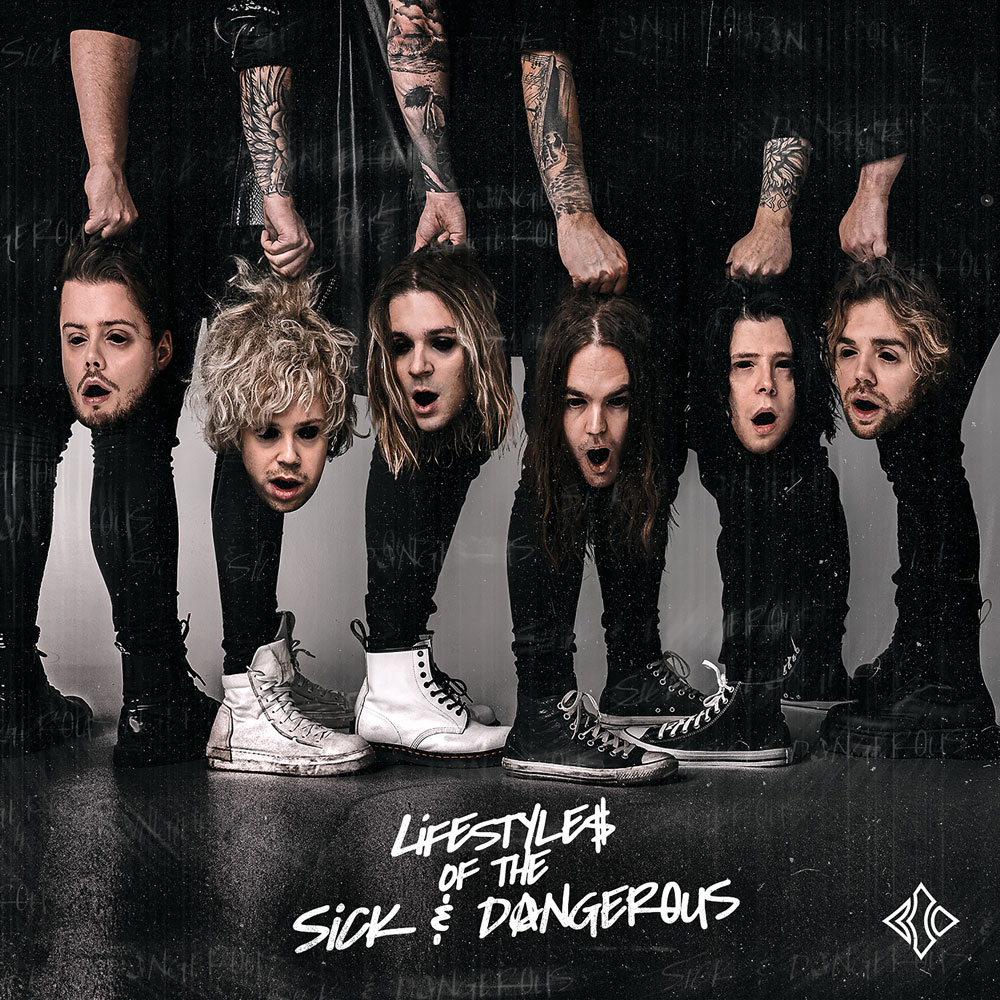 The album opens with Opinions, a track with a haunting, modern instrumental that leaves the two vocalists in the lead. Guitar, bass and drums join the mix to strengthen riffs, breaking the quietness before Dark Side comes in to make us nod. The track is still as energetic as the time the band introduced it to us, letting raw energy and groove mix with abrasive Nu Metal roots, then Don’t Fix Me offers up some catchy sounds. The rhythmic is hooking while letting the two voices take turns in offering an effective chorus, then Bad Idea reveals a rather melancholic calmness. The bass/drums duo plays an important role in this track which gives way to Alive Or Only Burning and its more energetic sounds, like those fast vocal parts and the few screams. The band goes back to their roots while placing their new influences to create a contrast that will be appreciated by their fans, then the motivating Balboa comes to confirm its raw efficiency with its aggressive riffs. Once again, it is the opposition between the different elements which makes the track’s strength, then the sound calms down again with National Heroes, a short composition which serves as an introduction to WE ARE NO SAINTS, a jerky composition which does not hesitate to let the groovy elements in the center of the riffs before gradually exploding. The heavy choruses are extremely effective, and they lead us to Autopsy which cheerfully picks in Hip-Hop and Trap, creating an important cleavage based on modern effects with this final part which will sweep us on the spot. Glory For The Greedy will return to the abrasive sound of Metalcore while letting this modern mix strike accompanied by Nu Metal elements and those Rap parts, then the album ends with Thank You For The Pain, a track which I think is autobiographical for the band, and that allows them to close this chapter with some melancholy.

Lifestyles of the Sick & Dangerous is one of the most contrasted albums of the year. Between energetic and catchy tracks, modern Hip-Hop elements, Metalcore-oriented rage and that Nu Metal touch, Blind Channel explores different universes while revealing themselves as they are: a band in full evolution.