The crazy Trollfest are back with a new delirium. 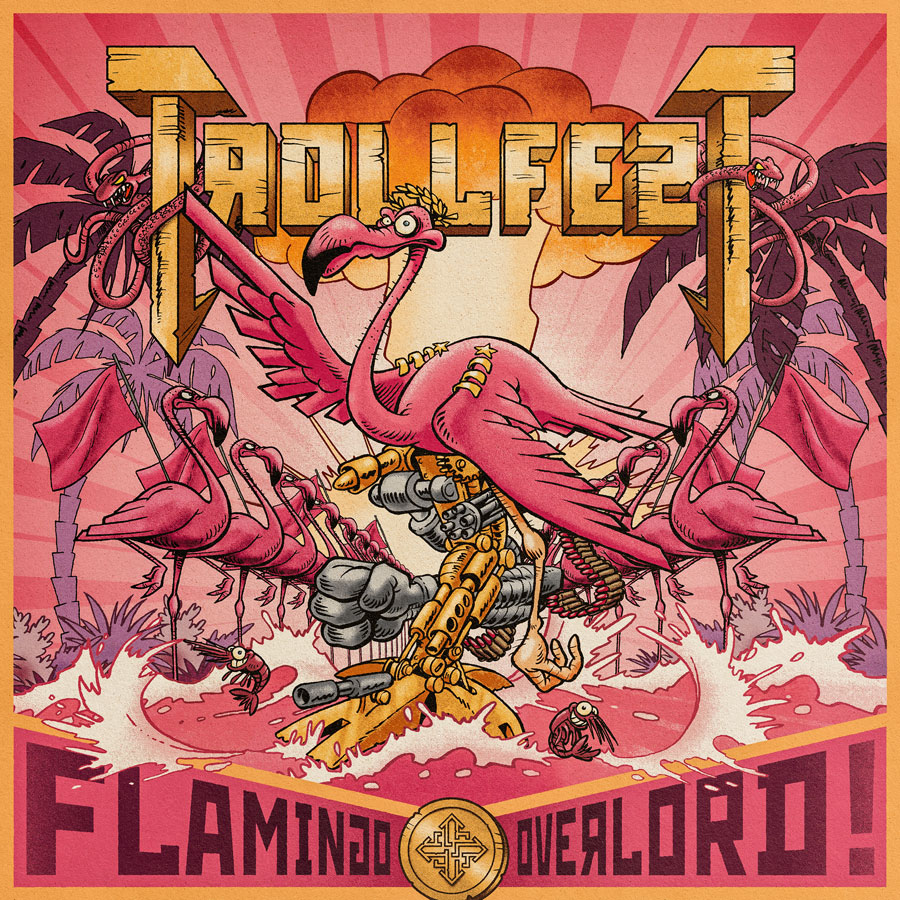 It is common to see the band change its aesthetic with its albums, and it is with the joyful color of the eponymous bird that they introduce us to Dance like a Pink Flamingo. After a few words that serve as an introduction, the dancing sounds and madness mix with the raw rage that characterizes the band’s music, creating a sonic hurricane as aggressive as it is catchy that continues on All Drinks on Me, for which the musicians welcome Svein Greni on flute, Ingvild « Aunt Pãthë » Strønen (Funeral, God of Atheists) on violins and Jonne Järvelä (Korpiklaani, Jonne) on vocals for an as crazy as motivating duet which already sounds like the band’s next anthem. The men-flamants continue on Flamongous and its soft Jazz influences, authorizing nevertheless some more jerky or more dissonant passages, then with Twenty Miles an Hour, which wants to be the perfect road companion. The good mood is contagious, but it will take different tones with the arrival of Yves Agbessi for some Rap parts, then The Flamingorilla is immediately more aggressive, with this uncontrollable blast and those visceral screams. The group easily integrates its festive elements, even if they’re totally crazy like these unexpected keyboards which follow us on Flamingo Libre and its more favourable to dance than to headbang riffs. We stay into entertaining tonalities with Piña Colada which offers us a sound that could almost make the summer hits look like a simulacrum before drums and efficient riffs impose themselves in the mix. Rule the Country is darker but keeps the band’s Folk parts, while its heaviness gives it a different flavor as well as The Way You Earn Your Drinks and its highly ethylic message. Overlords Have Feelings revives the devastating speed as well as some more technical elements and Black Metal influences, then Bob Venke, the last track, brings us face to face with some rather strange sounds. The introduction is soft but mysterious, vocals enter the scene, followed by choirs, majestic and dissonant tones, then the hurricane comes back to life to lead us to this chaotic and complex final part.

Trollfest has always been able to surprise us with its exotic and unexpected mix as well as its raw and powerful basis, and Flamingo Overlord will not change their recipe. The devastating riffs are here, but also the original Folk parts and… how to say… just listen, you will understand.