Undead Corporation is back with a new album!

The origins of the band go back to 2010, and after some line-up changes, Jinya (guitar, Unlucky Morpheus), Akemi (vocals), Dougen Kubota (vocals), Kensuke Matsu (guitar), MAKI (drums), Ayumu (samples), Shachou and Micu (vocals) announce the release of J.O.I.N.T. in 2022. 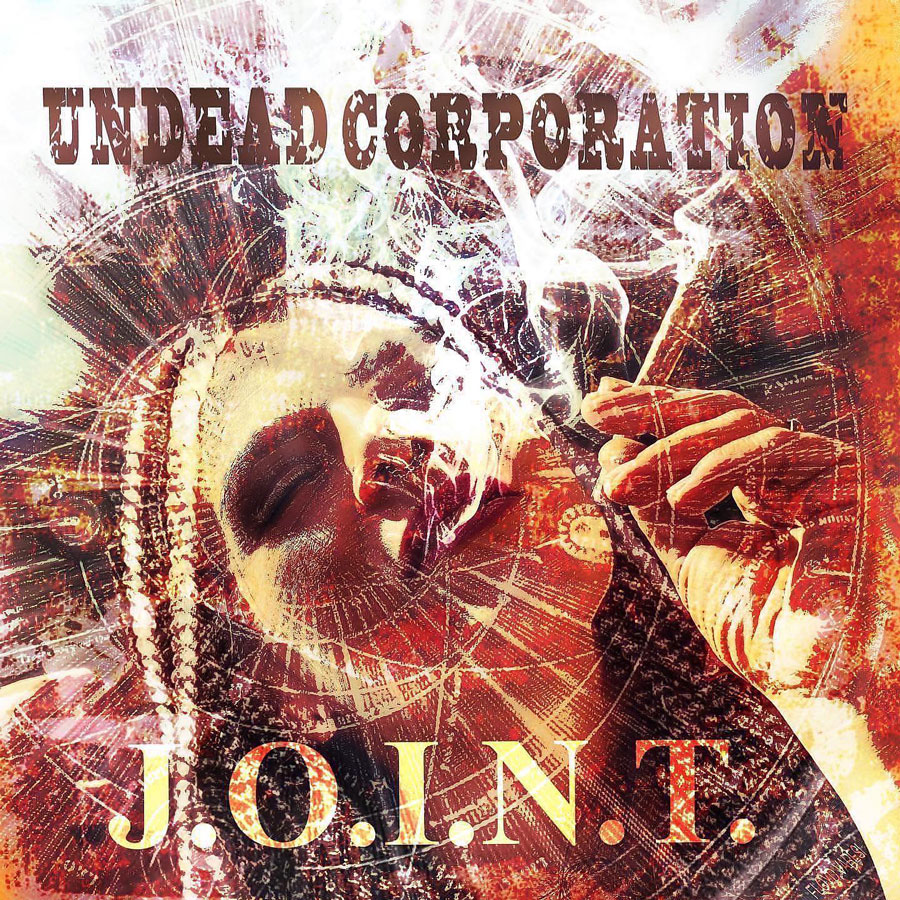 The band starts the hostilities with Get It, a catchy track on which they welcome Benji Webbe (Skindred) to bring a dancing and groovy touch to their usually violent style. Clean vocals and harmonics meet thick moshparts, then Tom Barber (Chelsea Grin, ex-Lorna Shore) joins the band for The Chainsaw, a devastating composition which combines blasts and heaviness. The track is perfect for letting the raw rage run wild before meeting Gravity’s groove and its softer tones complemented by clean vocals before rage resurfaces in this abrasive saturation. Choruses are extremely catchy, just like on Blaze and its motivating percussions, which makes it the perfect track to introduce anyone to the Japanese universe, although the break is devastating. We find the power of saturation coupled with disturbing samples on Fake and its very diversified vocal parts that manage to create an energetic atmosphere thanks to its heady riffs, then Oblivion reveals us an important contrast between the band’s different influences. The riffs remain very effective and jerky, letting vocalists decide of the general atmosphere, while Fragment adds some dissonance to its rage. The track stays heady and aggressive while giving way to quieter sounds when the singer is alone, then aggressiveness comes again to the forefront for Face the Fate, a track in collaboration with their compatriots of HONE YOUR SENSE. The two bands have a very similar style, which allows them to give the track a direction anchored in pure efficiency to close the album.

Although Undead Corporation has changed their style since their debut, the band is still in great shape! The line-up changes have not affected their motivation, and J.O.I.N.T. is an effective and catchy witness of it!