Formed in 2010 in Spain, the band composed and then released their first album in 2016. In 2022, Omar I. Sanchez (vocals), Gabrial Valcazar (guitar/bass, Wormed, Bizarre), Daniel Espinosa (guitar) and Daniel Valcazar (guitar, Wormed) announced How To Deal With Life And Fail, their second album, on Transcending Obscurity Records. 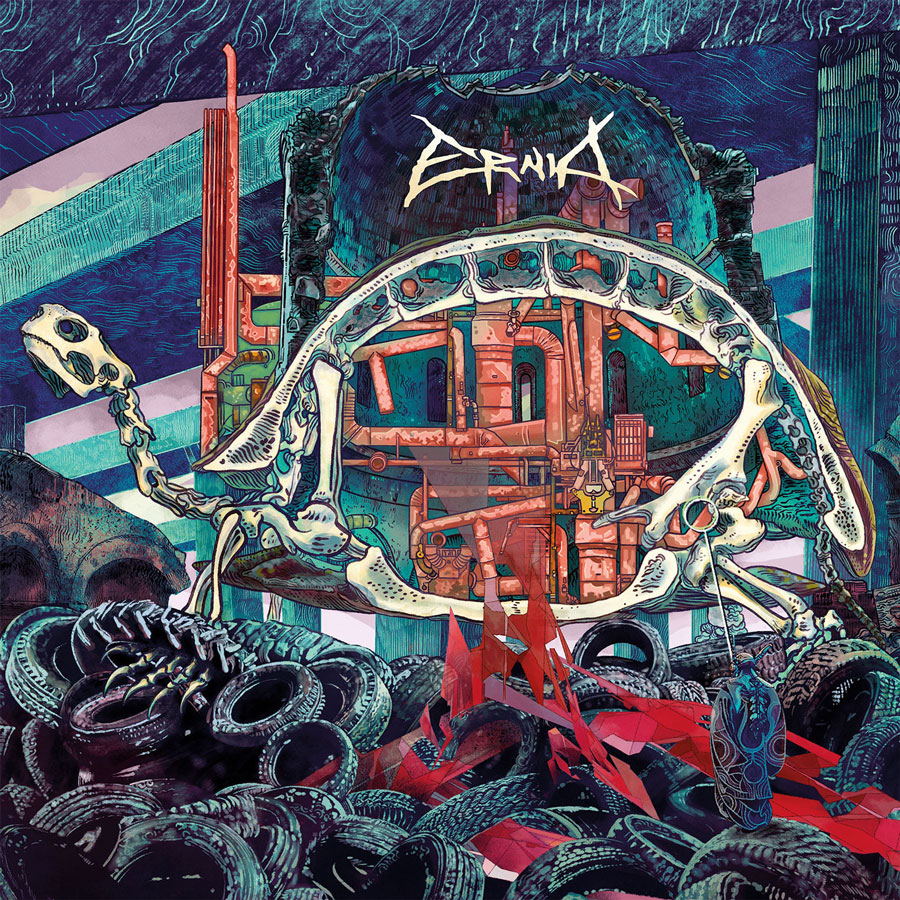 Farewell, Sputnik follows the rules of Grindcore by immediately offering effective riffs and visceral vocal parts, borrowing from Powerviolence. The catchy patterns and the frantic leads release us on Q, a dissonant and abrasive composition which remains in Old School tones. We also have some jerky parts, then Room Full of Paper Cranes comes to feed the raw energy developed by musicians before Frustration Theory offers us a dark and unhealthy groove served by an oppressive slowness. Tempo will explode afterwards, offering explosive riffs while the motivating The Deer Chaser will reveal us an energetic and totally mad mix which doesn’t skimp on the means to make us nod. The track is followed by Helium-3 and its oppressive dissonance, then by Dharma and its as unpredictable as catchy patterns which let various influences join the riffs. The short New Aesop’s Fables continues the musical experimentations with oppressive choirs, then A Mute Florist plays on a dissonant and haunting groove to distinguish itself from the violent parts. 2-D goes back to more conventional elements from this abrasive and unbridled rage just like This Life Is Rotten History and its few palm-mutes which will bring some heaviness before The O’Neill Cylinder offers us its bit of madness. The album ends with the long and slow Ikigai, which places all the most melancholic tones, dipping into Sludge and even Black Metal for a haunting moment before shrouding us in oppression until the final explosion.

Don’t expect to listen to silly and nasty Grind with Ernia. If How To Deal With Life And Fail exposes us to frantic and abrasive riffs at first, we will also find an interesting diversity, especially on the last track.