Varathron and Ungod have joined forces.

Together, the Greek titans, active since 1989 and who released six albums, and the German veterans created in 1991, who signed three albums, release in 2022 Apocalyptic Mysticism under the banner of Iron Bonehead Productions. 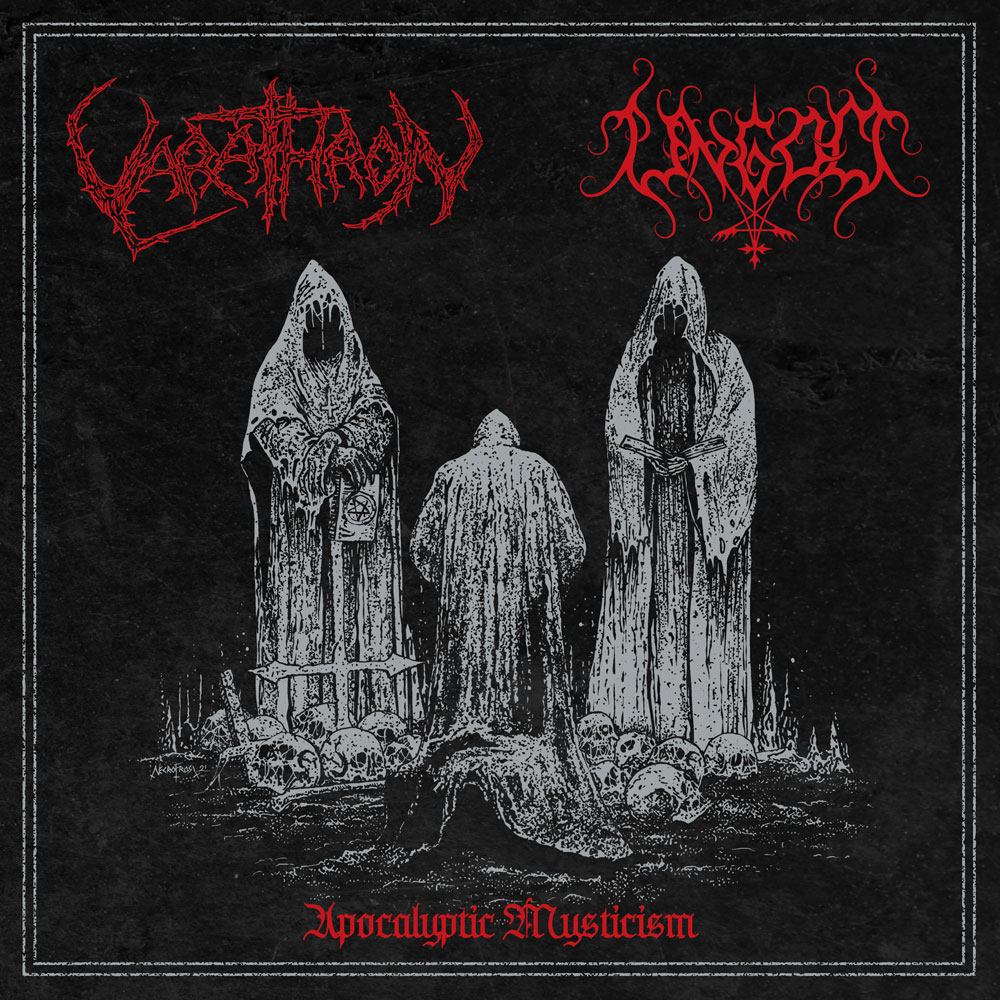 Varathron engages the hostilities with The Mystic Papyrous, a song they already unveiled in 1993 under the name of The Mystic Papyrus, but accompanied by an ominous and dark introduction which will give way to the aggressive riffs of their Old School Black Metal. Orchestrations give the raw elements a more airy and unholy shade which is broken again by double kick and Stefan Necroabyssious’ screams.

Ungod follows with Sinister Forms of Fallen Stars, a new composition which reveals both their dissonant mix as well as their darker and more unhealthy influences, whether it be Baal‘s tortured vocals or the aggressive instrumental. The riffs remain anchored in this sharp efficiency while allowing some abrasive melodies to link the song’s different parts.

Black Metal is a common art for Varathron and Ungod, although there are some disparities according to each band. On Apocalyptic Mysticism, the Greeks put their majestic influences forward, while the Germans unveil it in its rawest form.