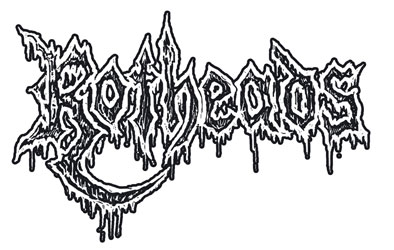 Formed in 2014 in Romania, the band released their first EP in 2014, followed by an album in 2018 and a split in 2019. In 2022, Spurcaciune (guitar/vocals, Void Forger), Bîrsatan (bass), Potaie (drums, Void Forger), and Omu’ Rau (guitar) announced the release of Slither in Slime, their second album, through Memento Mori. 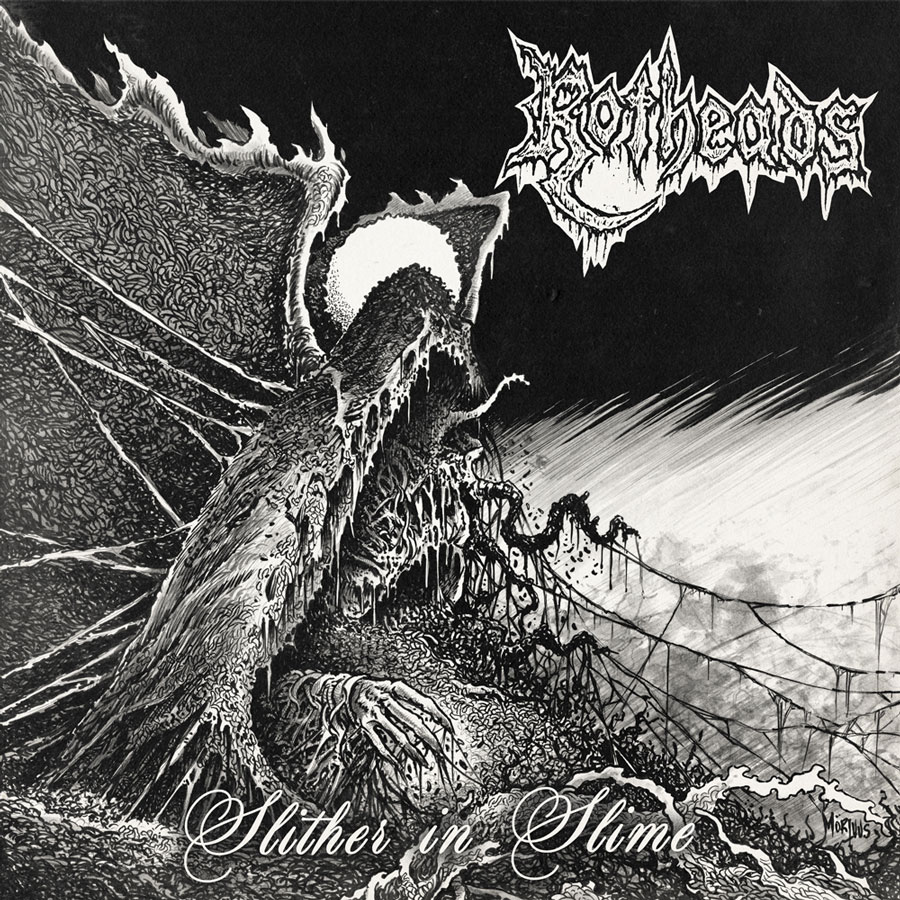 After a very short and mysterious introduction, Vampyric Inbreeding shows us what the band can do with a simple, but thick and effective rhythmic. A few melodious leads with Heavy influences slip into this wave of blasts and Old School screams, then Lost in the Cemetery Gardens offers some disturbing and dark sounds before allowing solid riffs to make us nod. The catchy basis borrowed from violence’s roots allows leads and saturated vocals to find their place, just like on the long Gut Mauled which picks into Death/Doom for heavier influences. Some quietness emerges from this anguishing and thick sound which will give way to Gore Coffin and its undeniable energy we find in come parts’ speed, creating a contrast with very soft leads. Bass will play an important role to temper and strengthen the violence on this track, which also offers us some mystical choirs, then Spectral Visitation offers slightly more modern elements on its introduction before coming back to a dirty, greasy and dissonant Old School sound. The violent and catchy patterns are also back even if they leave some place to throbbing leads, while Skin Forest will offer us very quiet leads, creating a divide between abrasive saturation and harmonics. The slow and oppressive rhythmic drives us to Dragged Through Existence, the very long last composition, which remains in this efficient and catchy mix and reveals more surprising parts, like heady leads, before slowing progressively down until the final.

Rotheads‘ style is obviously anchored in Old School roots, but some elements of this thick and heavy Death Metal are unexpected. Blasts and cavernous screams sometimes give way to softer leads, making Slither in Slime a surprising album.