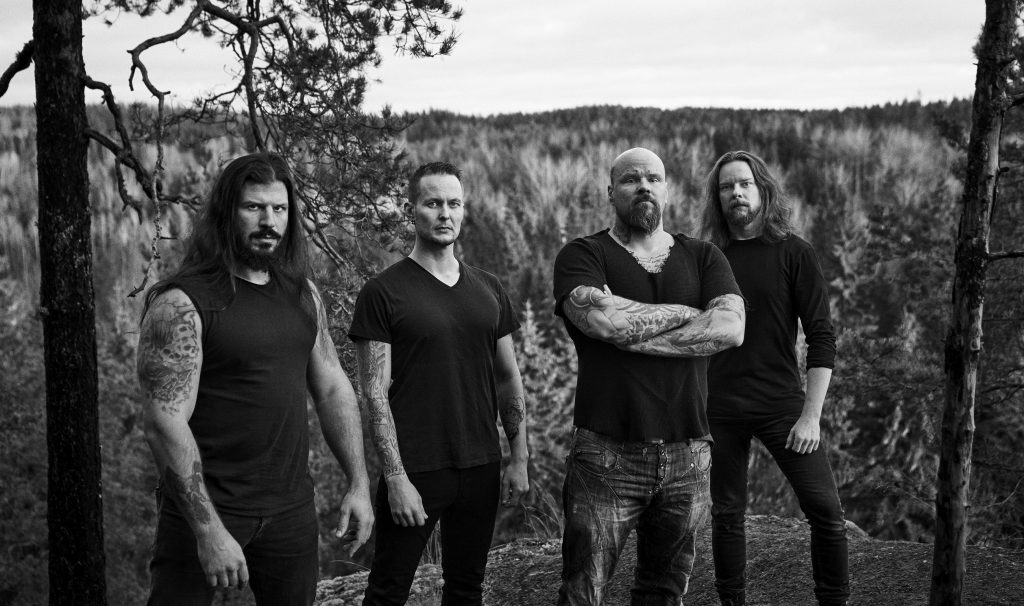 For the release of Wolves of Karelia, Wolfheart’s Tuomas Saukkonen (vocals/guitar) answered to some of my questions by email.

Hello and thanks a lot for taking a bit of time to answers my questions. Wolfheart was born as a solo project in 2013 then evolved to a full band. So did the composition process evolved too?
Tuomas Saukkonen (vocals/guitar): Not really. I have always written at least 90% for each album and for the latest release I wrote 100% of the music like I did for the debut album on 2013. Of course the other members add their own touch to the music in the studio.

I just finished my review of Wolves of Karelia, which is an amazing album. Could you please explain what does the title mean for you? Is it important to talk about Karelia, your home country?
Tuomas: To Finnish person the home country is always important. I was born and raised in the Karelian region so I have a connection with my personal history and home too. The title means the soldiers who fought the winter war between Finland and Russia 1939-1940. A lot of the battles took place in my home county Karelia.

It’s my personal impression, but I think that this record is more diversified than the previous ones. Some tracks are clearly soft like Horizon on Fire, and some are really heavy like Reaper, did you think to do differences between songs? Is it the essence of what you define as “Winter Metal”?
Tuomas: Winter is full of contrasts and so should ”winter metal” also be. Each song is a different story of the war with lyrics based on stories of the veterans so each song follows also the mood of the lyrics. Only the last song ”ashes” was intentionally wrote to be very slow and epic since it was the last day of the war in the lyrics.

There is an instrumental track in Wolves of Karelia, called Eye of the Storm, which is also a clean sounded track. Why did you choose to compose this one?
Tuomas: I wanted to album to have a bit of a breather in between. Too much heaviness can loose its strength. I do believe in building the music with strong contrasts. There was also a lot of mentions in the stories from veterans about different kind of Eye of the Storm events in the battle so I wanted to write that also into the album 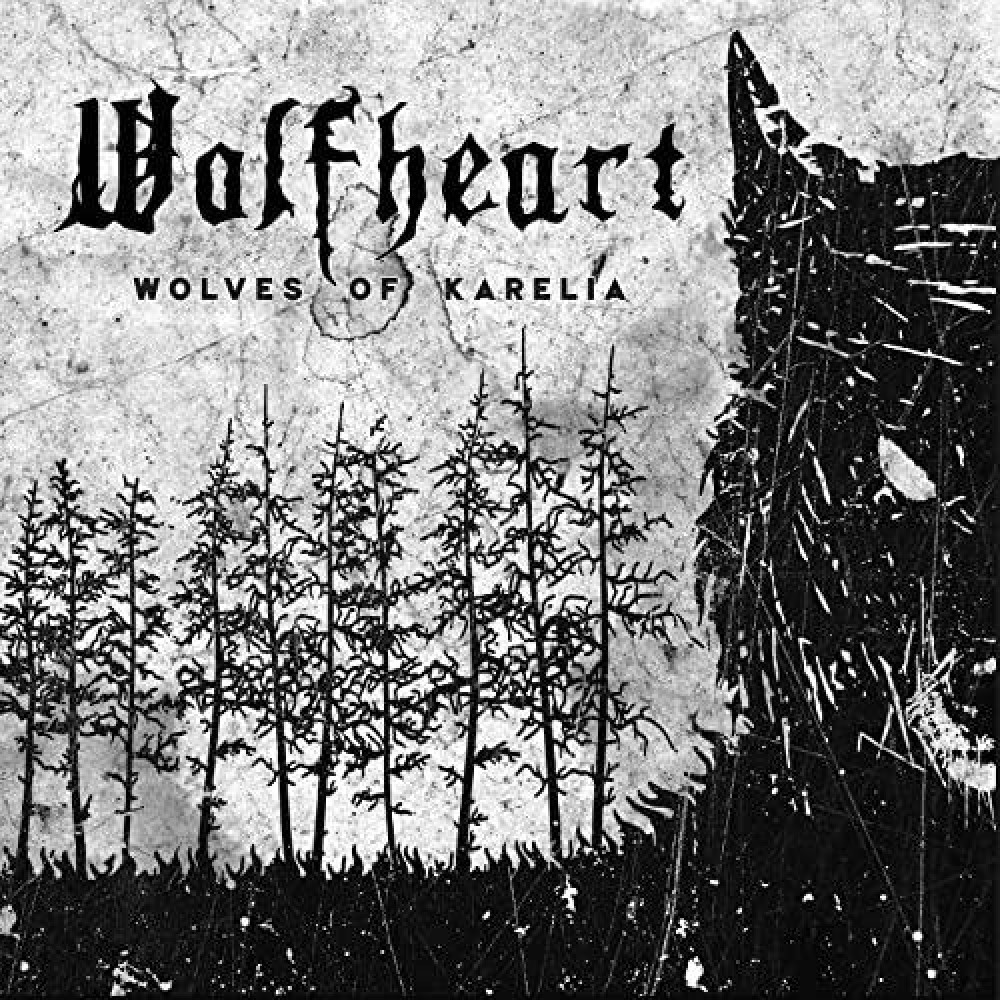 Do you feel confident about people’s reaction to Wolves of Karelia?
Tuomas: I do. Well I would be confident about the album no matter what people would say :). When you have done your best you know it yourself.

Every members of the band also have other musical projects. Is it easy for you to schedule everything?
Tuomas: We have been managing that pretty easily so far. There is few trusted session guys we can always use if our own guys are not able to do a tour, festival etc so we can be flexible to both directions. We usually know all Wolfheart gigs months ahead and longer tours about half a year so there is always plenty of time to schedule.

You recently parted ways with Mika Lammassaari and now Vagelis Karzis is officially a permanent member. How did this collaboration happened?
Tuomas: I got to know Vagelis when he was still in Rotting Christ and was blown away. We asked Vagelis to join as a session live guitarist for 2019 summer tour and our chemistry worked really well and he is a total best on the stage. We also had some mutual friends in Athens so I got really good recommendations about him very early.

Isn’t it hard to have a member that is from another country?
Tuomas: Not really. Our previous solo guitarist was from Northern Finland and he needed to fly to rehearsals and gigs so now it just 2h more sitting in the plane for Vagelis. Of course now that all traveling across Europe is banned and no planes coming from Greece it would be nicer to live in same country but in normal circumstances it would not be a problem at all.

In my opinion, Finnish Melodic Death Metal has its own sound signature compared to American or Swedish Death Metal. It’s more stately, colder. Do you feel the same?
Tuomas: I do. I believe it is the nature and long winter that brings this certain Nordic feel to Finnish metal music. Also there is this extra amount of melancholy in Finnish metal. I guess we are just sad and gloomy people 🙂

What did lead you to play Melodic Death Metal in the beginning?
Tuomas: My neighbor was the vocalist of the only death metal band in the small village I was growing up and I got introduced to death metal at very young age 🙂 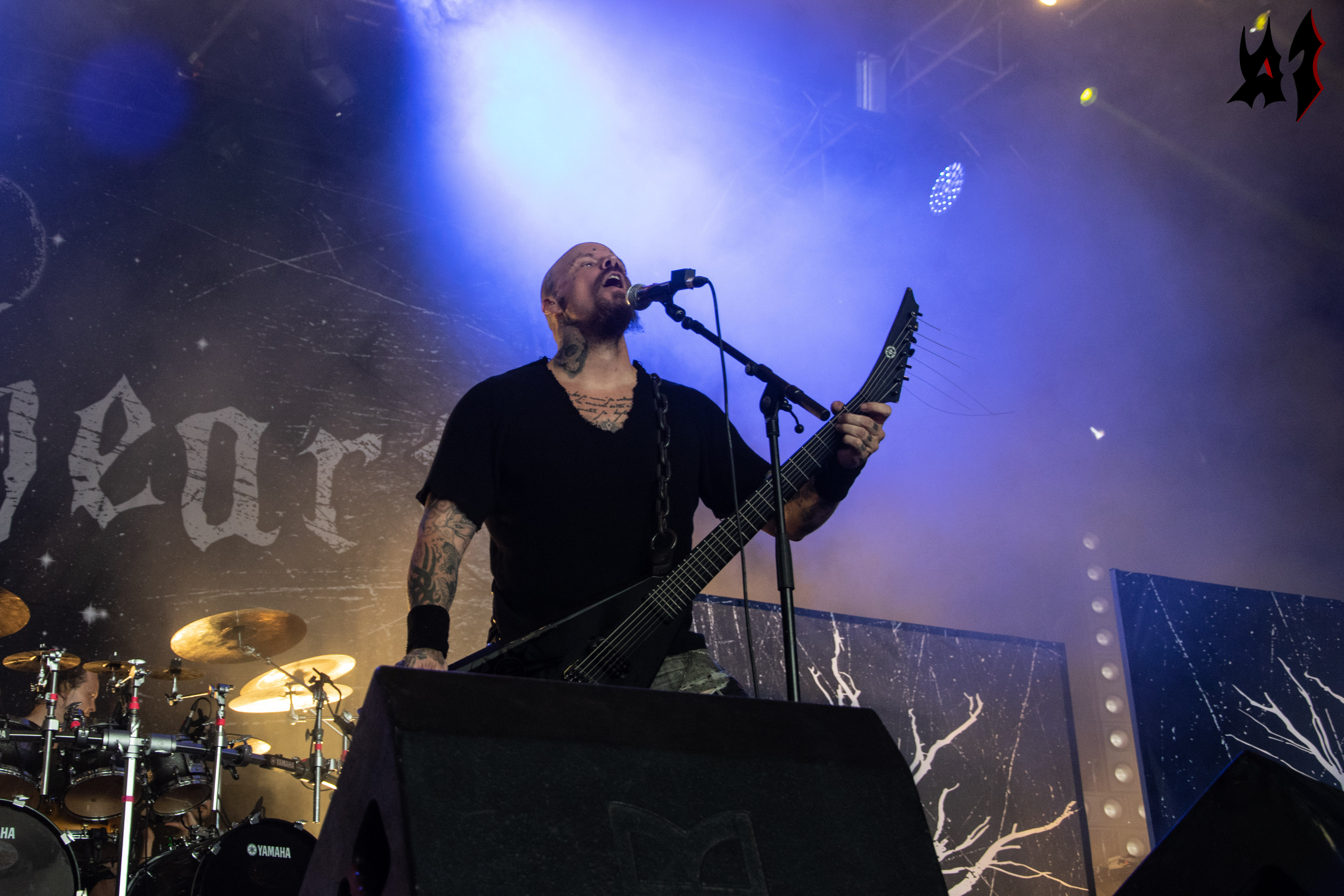 Last year, you toured in Europe with Carach Angren, Thy Antichrist and Nevalra, including some festivals shows. It was for me the fourth (in Paris) and fifth (at Hellfest) time I saw you. How was Hellfest for you?
Tuomas: Hellfest was awesome. I had heard a lot amazing about the festival but I was still impressed. Truly one of the best festivals in europe. Also our gig was really great with an awesome audience.

And how was the whole tour? Do you have some special memories you would like to share with us?
Tuomas: It was great tour but also a bit heavy one. 6 weeks of touring in the summer with a buss with a lot of problems in air conditioning so it was most of the time super hot. We Fins love sauna but that was still a bit too much.

I know that due to the virus your american tour was cancelled, but do you already have plans for the future? In America, Europe or maybe somewhere else?
Tuomas: Devastation of the Nation tour was moved to feb/march 2021 so we still have that tour to look forward. We have festivals also booked but I fear that whole summer will get cancelled. There is also headline tour to Europe in the works but who knows are tours allowed to happens 2020 so we just wait and hope for the best.

What was the first Metal song you ever listened? And what was the one which made you think “I want to be a musician and I want to create a band”?
Tuomas: Gary Moore’s Over The Hills And Far Away. The epic guitar melody and the violin part had a huge impact on me. Also the music video blew my mind.

Did you think that your musical journey will become professional and last this long?
Tuomas: I never really gave much of a thought to a career in music. I have been working as a gardener / landscaper for 25 years now music has never been my only career. I don’t think either of those careers is ending anytime soon

Did you receive some important dedications from your fans before or after concerts? Maybe some gifts?
Tuomas: I get sometimes really cool fan art. I really appreciate it. I don’t want to go to any details since those are personal gifts but there has been some really cool and creative ones.

What would be your dream career if it wasn’t music?
Tuomas: Gardener 🙂

What is the song you would have love to write? Like an iconic song, or a more personal song.
Tuomas: hmmm….All I can think now is the next Wolfheart song I am going to write whatever it might be.

Last question: imagine you can go on tour all around the world with three other bands, who would you choose?
Tuomas: Pantera, At The Gates and Dissection. A bit impossible scenario since 2 of those are buried.

Thanks a lot for your time and for your music ! I let you conclude this interview with some words for your french fans, cheers to Wolfheart!
Tuomas: Stay home chill 🙂