If you follow a bit the actual Death Metal scene, it is impossible you missed Ingested. 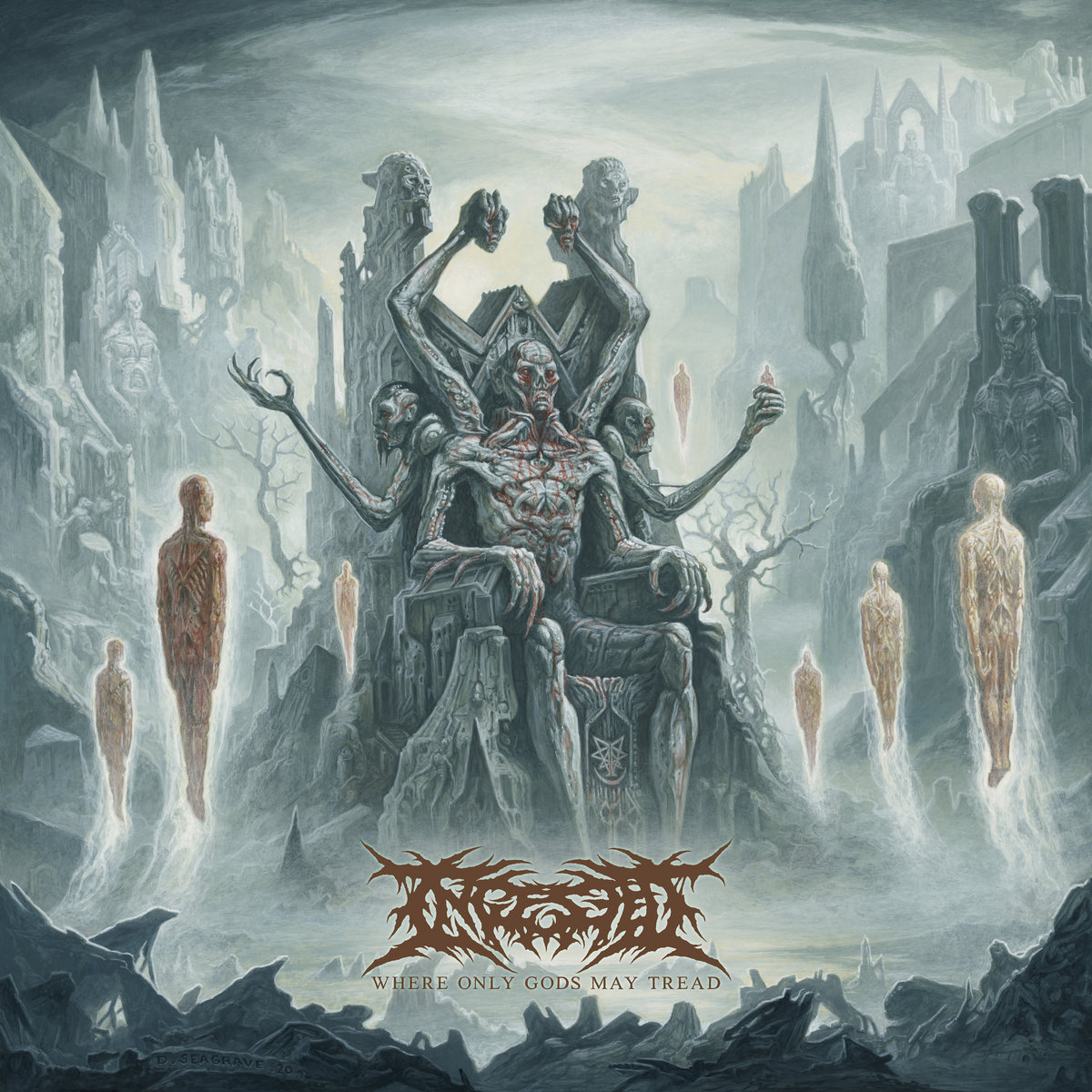 The watchword is easy: violence, killer riffs, brutality and effectiveness. So every song will follow this pattern. Follow the Deciever, the first track, doesn’t waste a single second and offers us palm-mutes, swift drums and devastating howlings since the very first moment. We can barely realize what happened and No Half Measures comes next with the same intensity. The band’s riffs literally embody heaviness, and visceral screams skillfully place themselves whether it is on the rhythmic or monstrous breaks. Same feeling for Impending Dominance, a song infused with the band’s characteristic sound between those impressive drums, those shredding riffs and moshparts, some bassdrops… The List is probably the song that picks the most in Old School Death Metal, without neglecting a crushing bass sound as well as a mind-blowing heaviness. First guest of this full-length, Vincent Bennett (The Acacia Strain) comes to complete Jay’s screams for a really impressive duo that can tear crowds apart with Metalcore sonorities.
Already well-known by the fans because it was highly expected, Dead Seraphic Forms and its destructive drums comes to give us a new fixe of pure and raw violence with piercing lead parts for only breaths. One of the band’s most different songs is probably Another Breath. A worrying clean sound and Kirk Windstein’s (Crowbar, Down) participation give this impressive composition a more oppressive and dark dimension. The band also picks into angry Hardcore for Black Pill, a song in collaboration with Matt Honeycutt (Kublai Khan). Very energetic, the song is definitely one of those who give you the will to rush into a pit to smash people. Come back into pure Brutal/Slam side for Forsaken in Desolation. We find those characteristic spurts as well as some leads that allow the track to breath between two doses of brutality. Last song, Leap of the Faithless is also the longest one. Nine minutes during which the band spreads crushing violence, instruments mastery, but also some transcendent and dissonant cuts, preparing us for the next assault.

Ingested reigns unquestionably on Brutal/Slam Death universe. Even if their previous releases were incredibly powerful, Where Only Gods May Tread literally rolls over us. Some tracks picks into other styles, but the band never lose its rage and its determination.

2 thoughts on “Review 233: Ingested – Where Only Gods May Tread – English”