The first album of Invernoir is about to be released.

Named The Void and The Unbearable Loss, it is the result of efforts from Valerio Lippera (bass, Ghost On Mars), Alessandro Sforza (guitar/vocals, Lykaion) and Lorenzo Carlini (guitar/vocals, Black Therapy) since 2016. Notice that Flavio Castagnoli (drums, ex-A Taste of Fear, ex-Forgotten Lore) joined them this year. 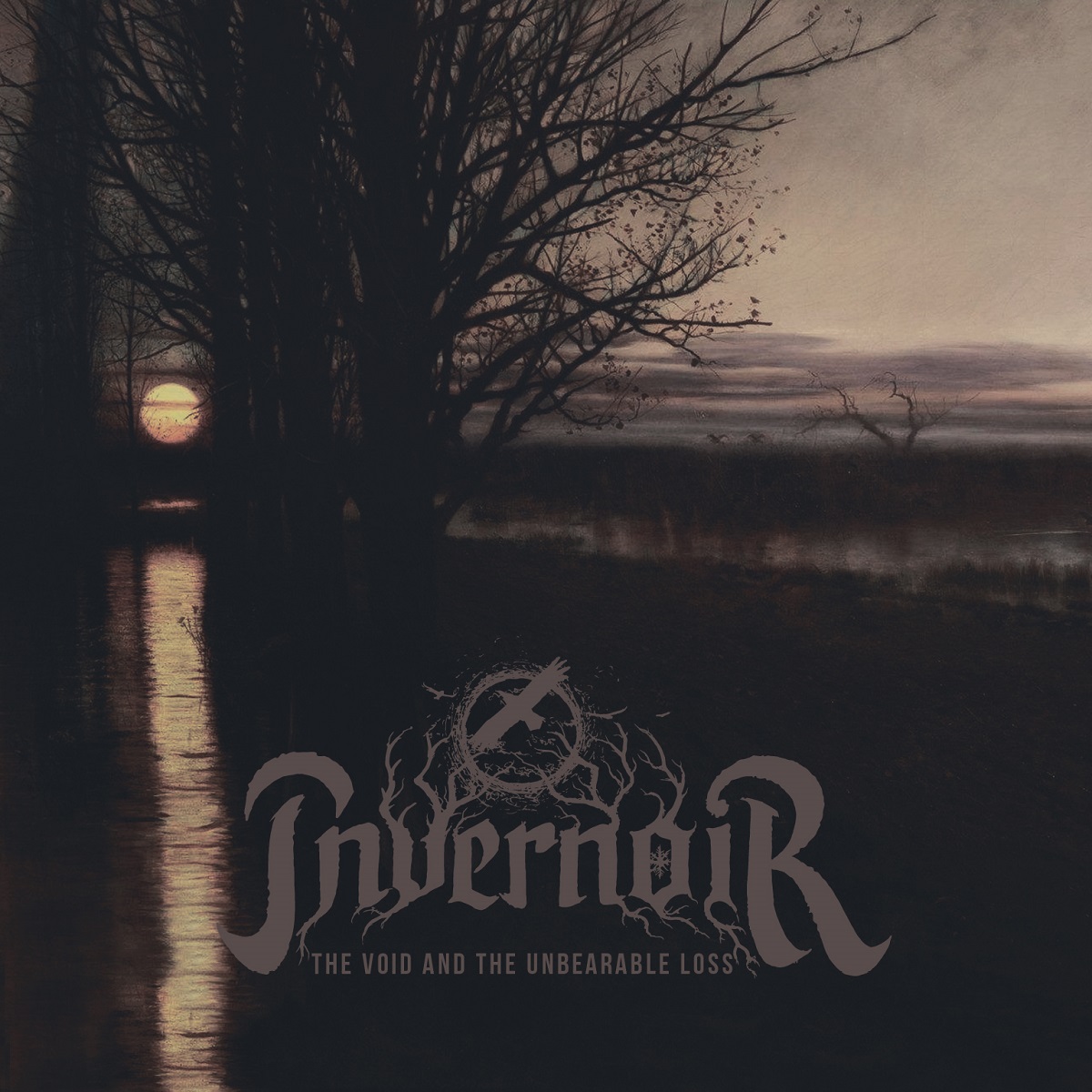 The album begins with The Void and The Unbearable Loss, the long eponymous song. A first approach of this weighing melancholy with airy sonorities, that finally wear an impressive saturation. Some worrying howling in the background, and it’s with The Path that we discover some new hypnotic riffs. The lumbering rhythmic perfectly accompanies those tortured riffs and screams of pain. A sorrow shared by the two vocalists, that wonderfully complete each other, sometimes letting place to beautiful clean vocals. The break allows us to breath before a massive growl, then finally makes place to House of Debris. Some keyboards come to sublimate this Gothic/Doom rhythmic, flawlessly using this huge vocal range that the members are able to create. Suspended Alive’s soft introduction ends with a heavy but dark rhythmic, that adds some softer leads to this wall of stabbing sonorities, and those terrifying howlings.
Cast Away is the next one, between a mesmerizing clean sound, soaring harmonics and however a heavy rhythmic bass. Blackness quickly comes back into the band’s music, and spreads its influence on all the instruments. The Burden is strangely groovy, and offers us a perfect opportunity to nod under those massive hits, and to let us be carried by those dissonant harmonics while vocalists scramble. Howlings and clean vocals melt together, some spoken words in italian announce the end of the song, followed by At Night. The rhythmic slightly increases before breaking while driving us down with them. This piercing and dissonant lead adds an aggressive touch to the impressive melting, as disturbing than fascinating. Last song, The Loneliest offers a soft introduction that will be quickly joined by this weighing sadness, this beautiful anguish and this impressive coldness, for a last journey.

Invernoir’s music goal is to revive the Doom/Gothic Metal sound from the 90s. The Void and The Unbearable Loss doesn’t just get it back to life, it cleverly animates it and injects a devastating energy and an ice-cold melancholy that only few bands are able to spread.