It is time for Coexistence to unveil us their first album. 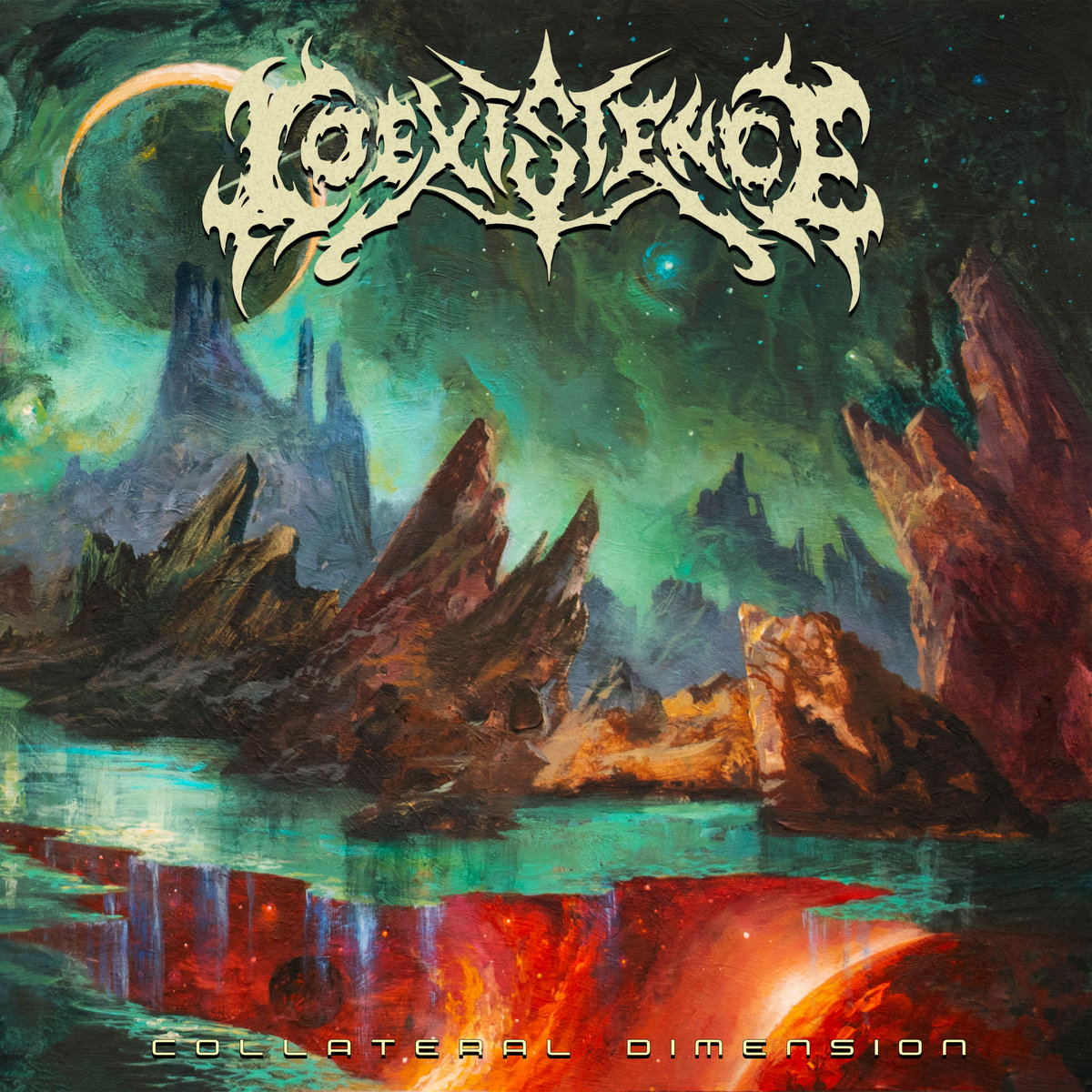 Technical Death Metal enthusiasts have understood it, Beyond Creation is one of the band’s major influences, about their name as well as their sound. The Italians begin fastly with Metaphysical Essence, a song as technical as violent. A space ambience, some cavernous screams to walk with this complex but brutal rhythmic, with some frantic leads, just like the tapping part on Symbiosis of Creation, a song that allows the (fretless) bass to fully express itself. The band’s sound literally falls upon us with Eclipse, a haunting and incredibly heavy song, but technicity hints are never this far, just like on the impressive Detach from the Abyss. Between massive riffs, the band add some airy parts, which allow us to fully enjoy the contrast.
Quick break with Perception, a mesmerizing instrumental interlude that spotlights Prog, and nearly Jazz influences before the devastating Collateral Dimension. A shorter track, that doesn’t hesitate to multiply sharp melodies on a very solid rhythmic. We go back on a rhythmic full of rage and past patterns for Revert, a very catchy song that cleverly links aggressive sound and technicity touches. The Nadir Element goes next with this melting of celestial sonorities, this omnipresent rage and the musicians’ virtuosity. Last song, Floating in the Celestial Wave begins with a quiet, oniric sound, but the intensity progressively increases before exploding, then it calms down again.

Even if Coexistence is very focused on musical complexity, Collateral Dimension is not turning a stupid scholar demonstration. The musicians’ talent allows them to build as intense as polished parts, and this intensity is very tasty.