Do I really need to introduce At The Gates ? If possible, we would include them in the Melodic Death Metal’s Big Four (alongide with Carcass, In Flames and Dark Tranquillity), because they participate to create this subgenre, and shape Swedish Death Metal scene with Gothenburg Death Metal (Melodic Death from Gothenburg).

1992, two years after the band’s creation, The Red in The Sky Is Ours is released. On the strengh of a demo, the five guys gave birth to an album that is today viewed as a reference for the most of Melodic Death Metal bands. A careful blend of Death Metal’s violence and melodic tunes of Heavy Metal. The lyrics are mostly about the same topics as Death Metal : religion, internal struggle, death… 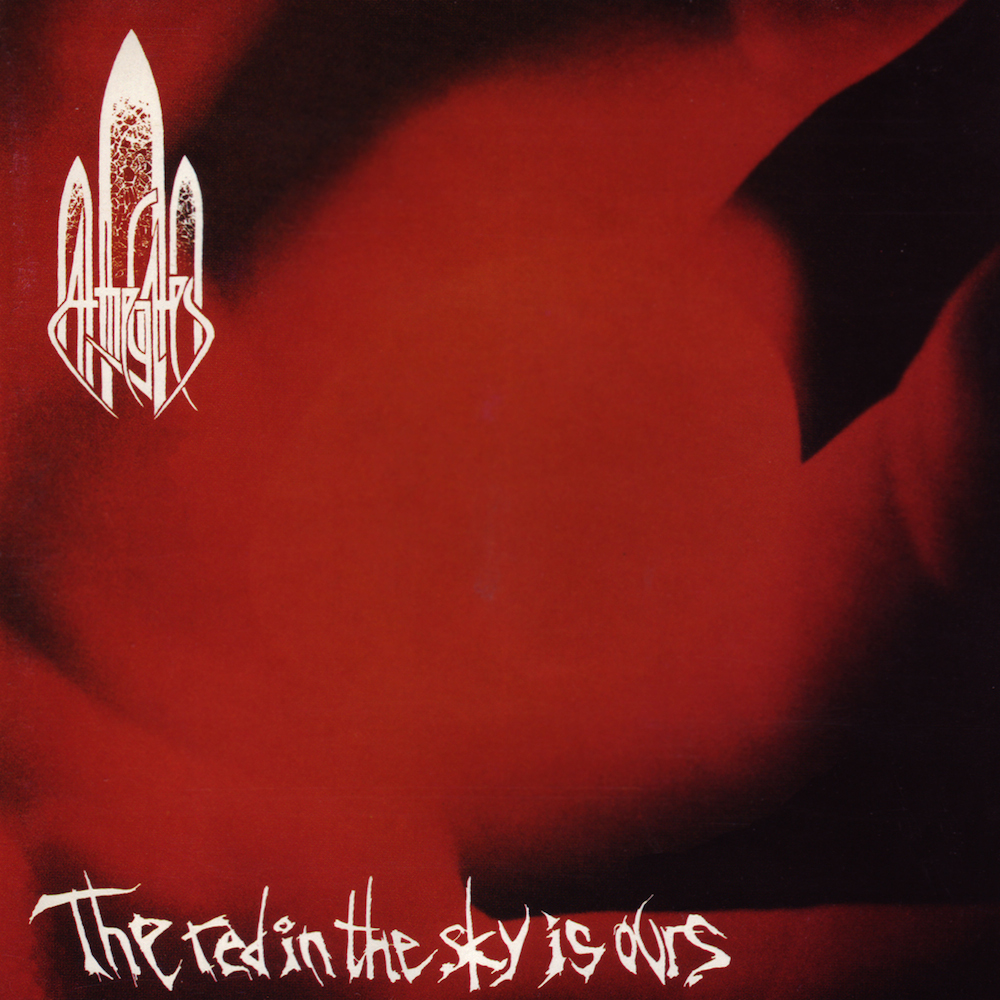 There’s two parts in the first track : The Red In The Sky Is Ours, a violent part where Tomas « Tompa » Lindberg can scream like a demon, the The Season To Come, an instrumental outro with Jesper Jarold‘s violin. After this one, the beautiful Kingdom Gone, Through The Garden of Grief, Within (also with a violin part), until Widows comes to break the rythm.
Windows really focuses on the melodic side and harmonics. After the introduction of the song there’s of course Death Metal elements (Adrian Erlandsson‘s fast drums, Alf Svensson’s and Anders Björler‘s shrinking guitars and Jonas Björler‘s roaring bass) but this track is specific. Note that guitar’s small speedings that allow our mind to stay in the song. Neverwhere shows us another face of Lindberg‘s voice, more shrilling and made of feelings. The Scar is the sweet part of the album. There’s nearly no vocals, only some whispers, with a particular atmosphere.
War comes back with Night Comes Blood Back, anti-religious hymn that reconnects with screaming voice. The bonus title, City Of Screaming Statues is born in the same mold.
Melodic Death Metal is the least violent Death Metal subgenre, but deeply marked by At The Gates‘ music and is still nowadays, because they released At War With Reality their fifth album, whereas they state (just after a break in 1996) that there will be no At The Gates release in the future.
Special mention to The Scar which is in my opinion, when you really understand the song, the most powerful song of the album.