One of the Swedish Melodic Death Metal, founded by Jesper Stromblad with the intention to mix Iron Maiden‘s melodic parts and Death Metal’s violence, I obviously want to introduce you to In Flames.

Colony was record with the best known line-up (and the one that plays the longest time) : Anders Friden on vocals (ex Dark Tranquillity, bands just swapped their singers) Bjorn Gelotte and Jesper Stromblad on guitars, Peter Iwers on bass and Daniel Svensson on drums. This album is the first one with Bjorn on guitar (he was previously drummer since 1995). 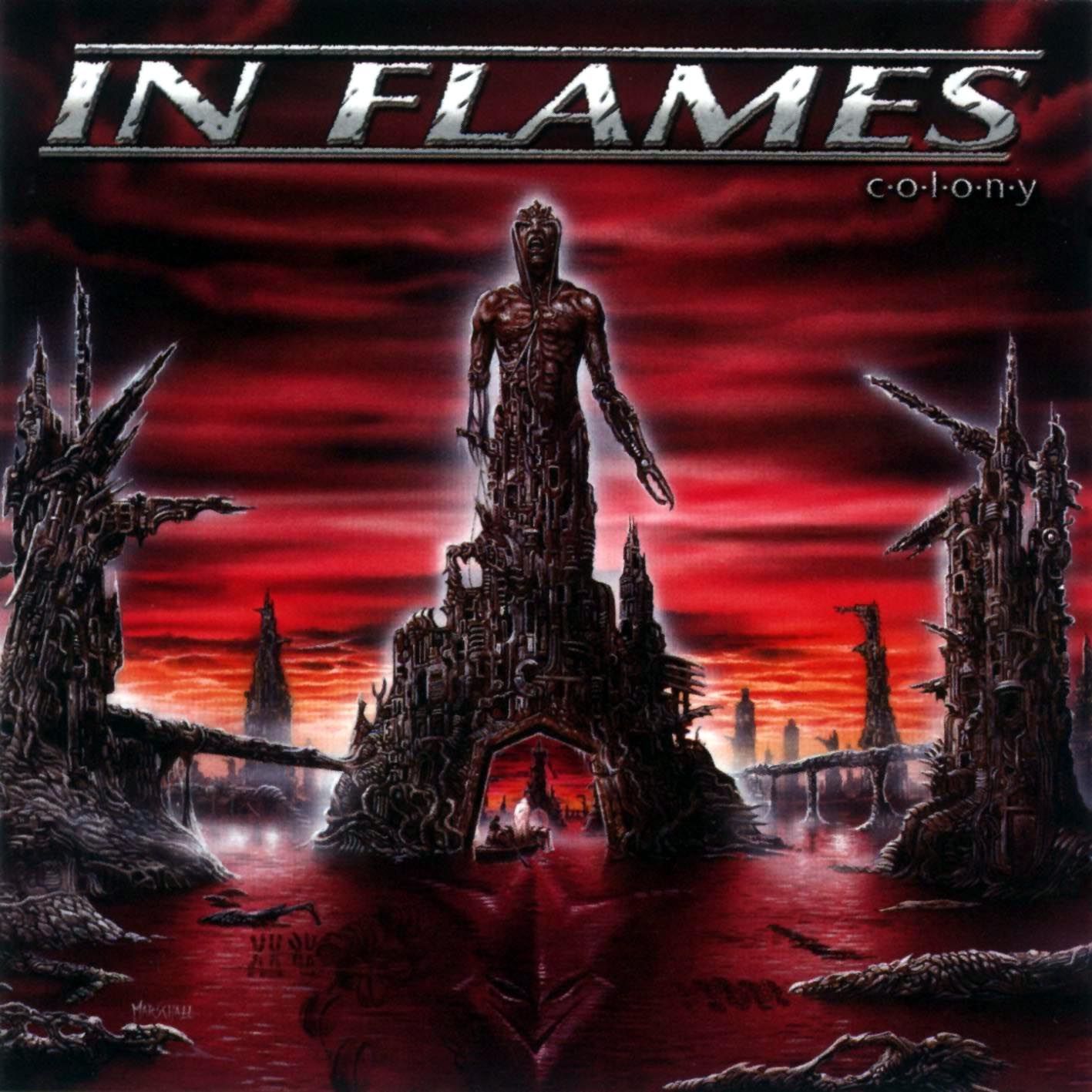 Embody The Invisible is the first step to the legend. A guitar slide and we discover this catchy and carefully worked song. Ordinary Story is in my opinion, the best know song from Colony, the song is still on the band’s setlists and they record a video clip. Another melodic bomb, it starts with a simple drums track, then let guitars express themselves through harmonics. Alternating mumbles and screams, Anders Friden is at the top of his form.
Scorn is the album’s fast song. The tempo is higher, but quality is still here. Even though it’s a surprising song (some parts are not containing guitar), the speed in the execution is outstanding. Colony‘s beginning offers us some rest just before hitting the ground again. There’s another video clip for this song. Zombie Inc. is the following song, and the melodic part is highlighted, compared to violence or heavy riffs. The record chains with Pallar Anders Visa, an accoustic instrumental escape, with keyboards.
Once ended, Coerced Coexistance takes over our necks. The lyrics are a bit more personal, we can really feel the band’s dedication on this song. Resin chains for one of the most melodic song, just before releasing Behind Space ’99. This song is perfect. It features melodic uprising, heavy parts, and an awesome voice. On stage, this song is one of the bests. Insipid 2000 joins melodic parts again, under heavy riffs. On the chorus, Anders‘ distant scream is beautiful.
The New World is once again a very nice song in the in the line of the previouses ones, with an epic openong solo. Man Made God is another instrumental, but without the accoustic sound. On some limited versions, there is another track : Iron Maiden‘s cover Murder in the Rue Morgue. Iron Maiden has a huge influence on In Flames‘ sound, the Death Metal version is successful.
I hesitated a long time on which record to talk about, because it’s impossible for me to be objective. In Flames is one of the firsts bands I ever hear, and my very own favorite band. I was lucky enough to see them twice (on a small venue and at Hellfest), and these moments are awesome. If you ever headbang on one of their songs, run to the stage. There is a unique and vibrant energy on stage.