Extreme Metal bands with a woman on vocals are inhabituals, and this one is especially powerful. You won’t imagine at first sight that the beautiful Marloes Voskuil can scream as hard. It’s one of the assets of Izegrim (also known as Isegrim from 1996 to 1998) from Netherland.

Formerly sung by Kristien Drow, Marloes take vocal duties in 2008, then affirm that she’s the one with the release of their EP. The Ferryman’s End, their fifth album, follows the excellent Congress of the Insane, that they released three years ago. Controlled violence lovers, let’s go again ! 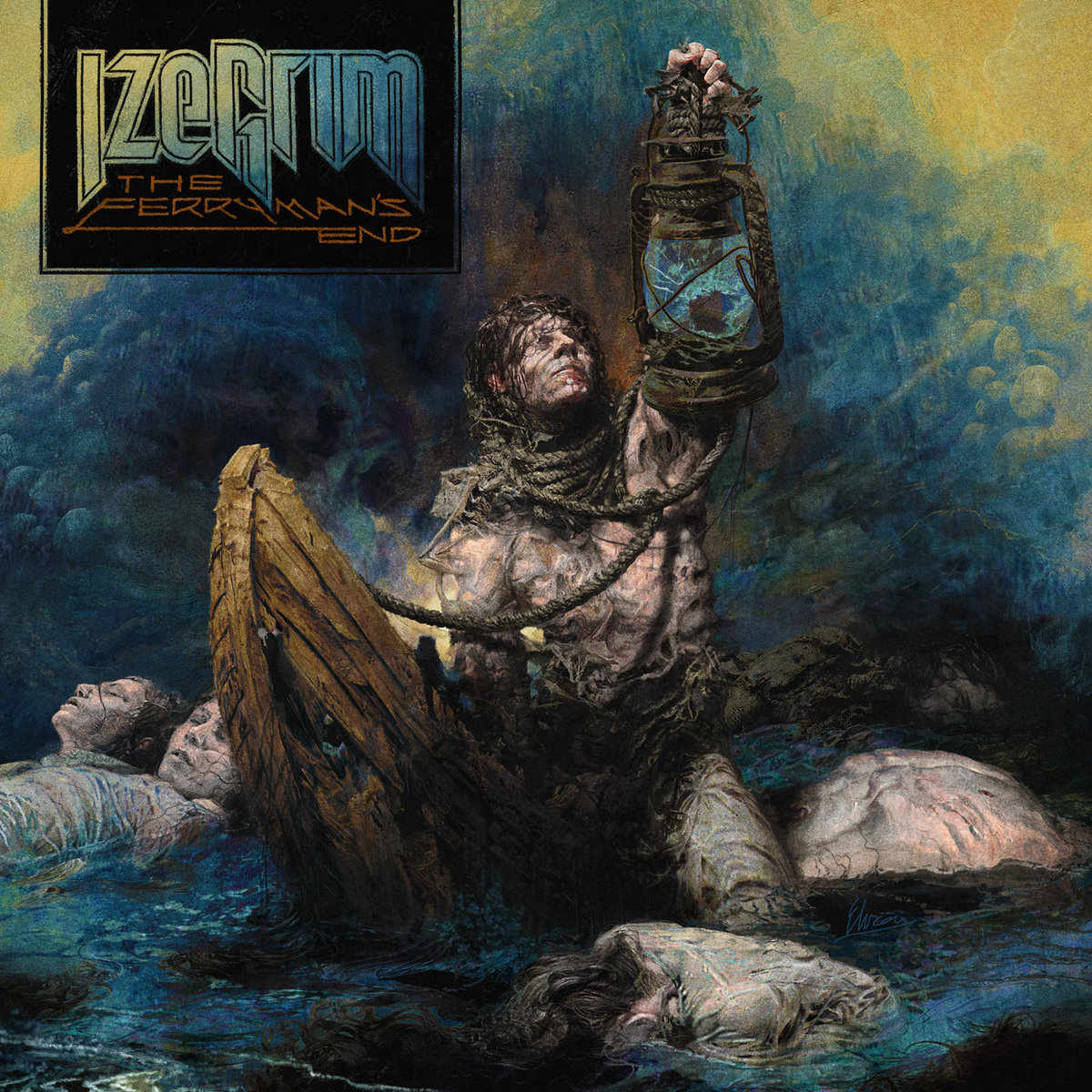 White Walls, the first track, is litteraly a punch in our face. The introduction riff is really an epic one, but with a technical aspect, then move on to a powerful blast. Time To Run is played focusing on speed, and starts with an awesome scream that reminds early At the Gates. The solo part on the end is wonderful.
Endless Desire will slow down the tempo, that allows to Jeroen Wechgelaer, Bart Van Ginkel (guitars) and Ivo Maarhuis (drums) to introduce heavy riffs. The Evil Within is more on the fast and violent side of Thrash Metal that we really love in Izegrim‘s sound. Absolute Necessity looks on Death oriented riffs that looks like Deicide‘s sound.
Reclaim My Identity includes a slow transition, but violence in the voice (almost a speaking voice, with just the bass sound) is a powerful uprising effect. Insanity in Freedom starts slower and after a perfect lead guitar part, and joins with heavy riffs again.
Reflection Of Redemption is going back to the fast roots that allows to the band to grow up, whereas Through A Glass Dark sets up melodic riffs and harmonies. Lost In Tranquility is a good track without a doubt, but the beginning of The Ferryman’s End will have a best impact. After an epic but heavy beginning, violence has the upper hand and this track’s main goal is to crush our necks, if they survived.
I was highly waiting for this record, because Congress Of The Insane seems to be a bit short. Izegrim has nothing left to prove after those forty one minutes of pure insane violence. Unfortunately I never saw this band on stage, but I watched a lot of videos and it’s harder everyday to wait more. Notice that the band celebrate their twentieth birthsday this year.