When you talk about God, you might talk about this man with a white dress and long hairs. Most of my Gods are long-haired, but one of them is Peter Tägtgren. Hypocrisy‘s founder, Pain‘s founder, he also participate (as musician, mixing or producer) to numerous albums, from Power to Black Metal (Sabaton, Bloodbath, Dark Funeral, Lindemann, Lock Up, Malevolent Creation, Marduk, Celtic Frost, Destruction, Enthroned, Amon Amarth, Immortal, Septicflesh,  Kataklysm, Therion…). He lived in Sweden, move to the USA then move back to Sweden, he is the owner of The Abyss Studio. Peter is a free Metal legend.

Multi-instrumentalist since he is young, Peter created Hypocrisy in 1988 under the name of Seditious, then change for Hypocrisy in 1990. From Death Metal to Melodic Death Metal, Hypocrisy is a major band of this scene. Composed nowadays of Peter Tägtgren (voice, guitars and keyboards), Mikael Hedlund (bass) et Horg (drums), Masse Broberg (Witchery, ex-Dark Funeral, ex-God Among Insects…) was the singer on the two firsts records. After one year of break in 1997, the band were really productive releasing thirteen full-lengths. The twelfth one, A Taste Of Extreme Divinity, perfectly sums up the band’s sound. Immediate boarding to Swedish Death Metal, ladies and gentlemans… 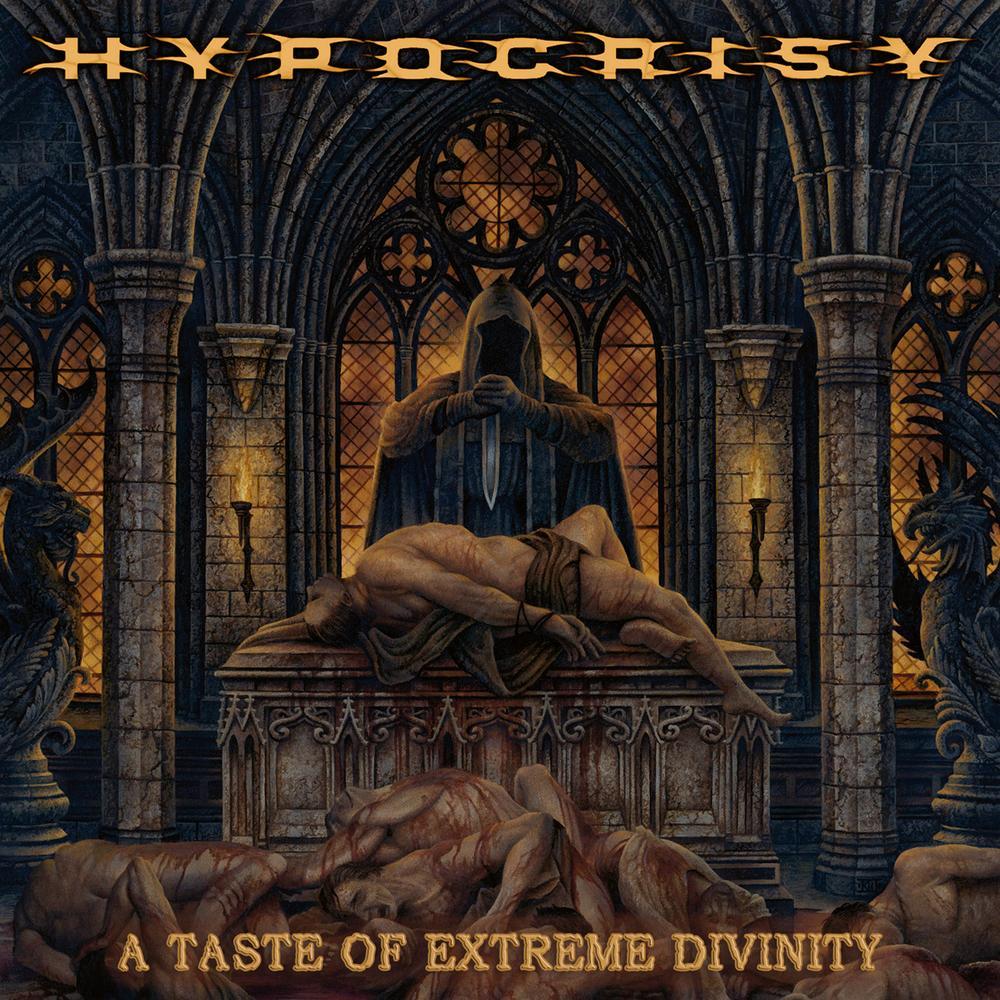 Valley Of The Damned, the best way to start a Hypocrisy record. Fast and with perfect harmonics, the introduction riff is awesome. Add Peter‘s voice, a perfectly mastered lead guitar, and you have this song, which is near from perfection. Why only « near from perfection » ? Because the next one is Hang Him High. In addition to the perfect rythm part, this song is really catchy. Peter‘s voice is insane, the break part is heavy as hell… This track is perfect according to my ears. Solar Empire highlights the lead guitar with a sharp voice to create a violent and shrilling ambiant.
Weed Out The Weak starts with Peter‘s long scream, one of his trademark, to come back on a fast and torturated rythm part, while No Tomorrow will slows down the tempo to create a heavy but atmospheric sound. Global Domination stays on the low tempo, with framing drums on the chorus. Taste The Extreme Divinity will increase the violence level with the heaviest rythm part to let us wait until Alive. Alive is the time for Peter to show us the whole power of his voice, on an insane chorus, and the rythm part flirts with perfection.
The Quest will slow down again the tempo with some nice keyboards to make this track really relaxing. Some clean riffs, an epic solo part, and Tamed (Filled With Fear) starts for a new fix of violence. Some very fasts riffs, a nearly atmospheric chorus and that highlights harmonics… Another perfection fix ? Sky Is Falling Down. Such power in Peter‘s voice on an insane rythm part. Enough said.
The Sinner, the bonus track, includes a clean introduction, to come back to a torturated rythmic. On some limited editions, there is also demo track of Taste The Extreme Divinity and Valley Of The Damned. Notice to collectors !
In my own opinion, A Taste Of Extreme Divinity is their best record. Full of catchy tracks, awesome riffs, Peter Tägtgren is clearly a musical genius. He is tireless.