Do you ever feel the famous « fear of the dark », or did you wake up with a sleep paralysis ? It’s obviously something I hope for no one, but it’s an interesting human experience. Another way to experiment those feelings is to listen to Akhlys‘ music. The Dreaming I is the oppressive last album of the american pair composed of Ain (drums) and Kyle Spawnswick (AKA Naas Alcameth, voice, keyboards, bass and guitars).

They only provide us five tracks, from four minutes to more than a quarter, but the pals include worriyng lyrics to their music, for a near-from-perfect record. You won’t be unscathered anymore. 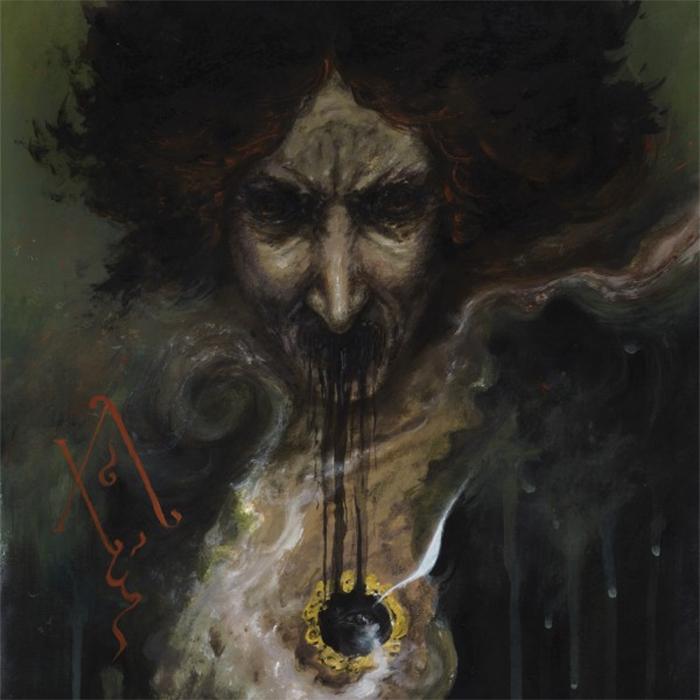 Breath and Levitation starts slowly with noises from far away, the sounds seems to come nearer before to exploding as an endless storm. Naas Alcameth‘s voice is scary, cold and strong. It is still comprehensive, even if he highly saturates his voice, and the atmospheric part is highlighted to lead us to the next song, Tides of Oneiric Darkness. Really more violent and without a single introduction, it was born to erase the pleasure and love of life within us. To make us swallow hatred and violence, just before switching off.
Consummation, the longest track, is also the most distressing one. Guitar riffs transcend time with a fast double kick to offer to the listener an uncomfortable feeling, before fading away on far away choirs, which is the bridge with The Dreaming Eye, which calls back this process for its introduction. Once this one left, another hypnotic riff starts to include the band’s dark universe to our calm and obviously too peaceful lives.
The last composition, Into the Indigo Abyss, is only filled with distant sounds, strange and scary just as the band knows how to create them. No instrument to hear, not even a single lyric.
Akhlys‘ universe is really specific. They can successfully explore the darkest sides of music, deal with saturation from an instrument or only noises… Out of this world ? Maybe. But it’s a must hear.