The French grandeur in the kings times sometimes comes from another country. Coming right from Japan, Yuuji Kamijou (AKA Kamijo, voice), Kawamura Masaya (AKA Hizaki, guitars), Teru (guitars), Yuki (drums) and Miwa Masashi (bass) are the members of Versailles. Created in 2007 and playing Visual Kei with a touch of NeoClassical Metal, they released four records until 2012, the year of their hiatus. After the tragic loss of Kageyama Yuuichi (AKA Jasmine You, bass) in 2009, the members preserved his bass tracks for their upcoming and second album : Jubilee.

Released in 2010 as a tribute to their late bass player, this band conquered japanese and european fan’s heart. The singer Kasei Tatsuya (AKA Kaya from the bands Kaya and Schwarz Stein) also sings on two songs. The King is ready to accommodate you. 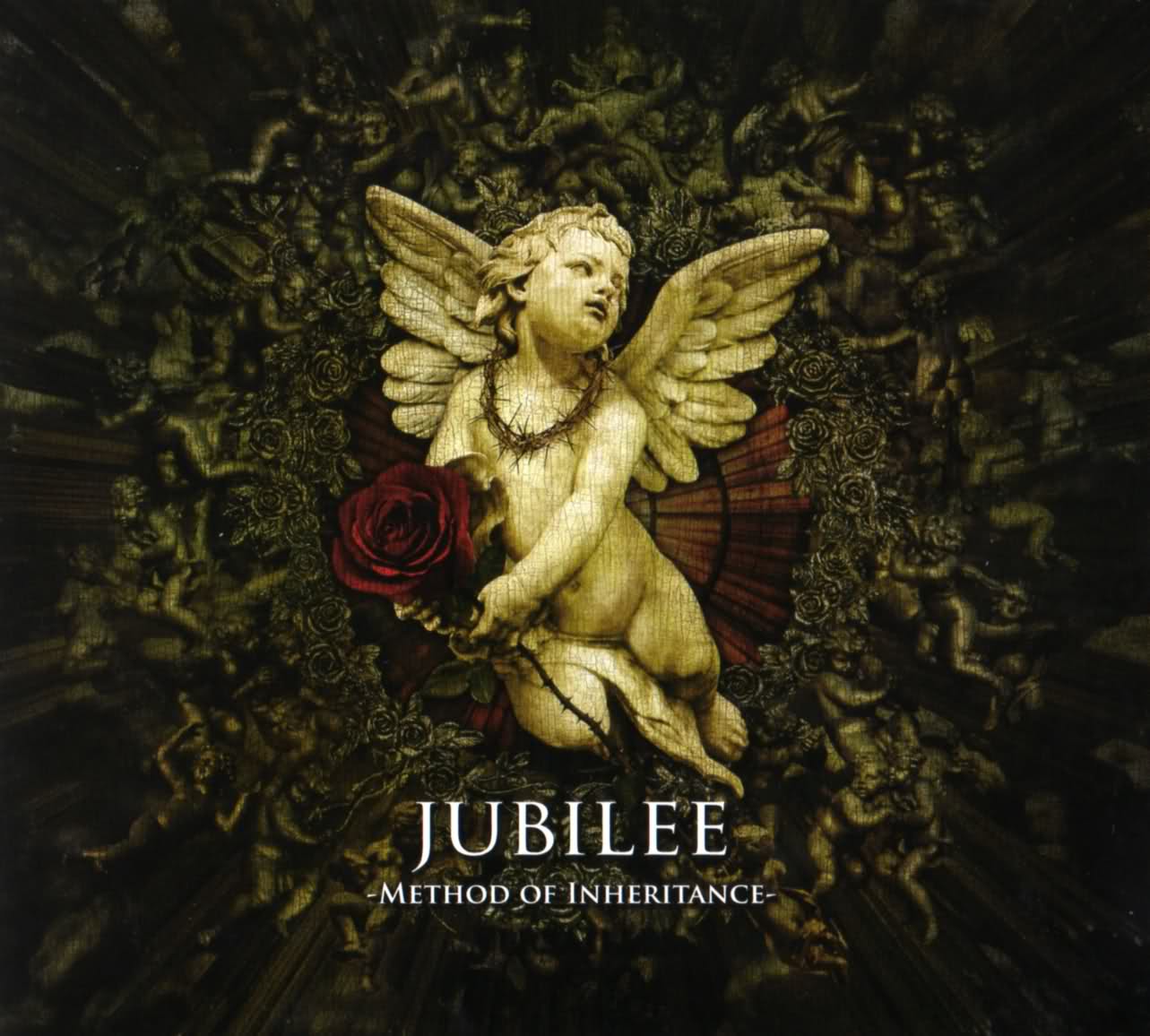 It’s with the very long God Palace – Method of Inheritance – that this record starts. All the conditions gather to take us back to the court of Louis XIV with samples that reigns supreme on this track. Kamijo’s divine voice starts after a small introduction to let us remember how catchy then how sweet it could be. During those ten minutes, fast passages succede to slow and calm ones for a diversity that only geniuses are able to compose.
Ascendead Master’s beginning reminds us the last track, but quickly focuses on a quick lead part to create a fast track, just like Rosen Schwert. Leering at Power Metal riffs, the band experiments epic and heavy sounds, without leaving out the bass. Ai to Kanashimi no Nocturne has an epic introduction overtaken by epic orchestration parts to keep alive the ambiant that they created earlier. Kamijo’s voice is more and more present, and the guitar duo formed by Hizaki and Teru is playing with ingenuity.
Amorphous will be the power ballad that the band had to give us since the last album, while Reminiscence is a composition that looks back on the french king’s time music, dubbed by a guitar. Let’s continue with Catharsis, definitevely darker, but which takes time to bring the voice. This track is really catchy, due to Hizaki’s riffs, while The Umbrella of Glass uses samples to create a disturbing but beautiful atmosphere. It’s in my opinion the most interesting track of this record.
If you’re looking for violent songs, you must listen to Gekkakou. The album’s heaviest riffs, some screams on the back. Kamijo’s voice is also lower than on the previous songs. If Princess was already aviable on an EP, the track PRINCESS -Revival of Church- adds an innovative approach that the fans will enjoy. A fast track, but not less melodic, it allows our neck to have a rest before the beautiful Serenade.
The second power ballad, Serenade, is an ode to love. Lost love, but still love ! If Kamijo sounds like he’s threatened by despair, it’s an occasion for us to understand how hard it is for a human soul to feel such deep feelings. Sound in Gate is the outro that comes too fast, with a voice on sampler and an instrumental track that announce something huge, until the end of the record.
It’s with a intensive pleasure that I will see Versailles on stage for the first time at Paris in february 2017. An astonishing scene play, perfectly played songs, resplendant outfits… That’s what you can expect if you attend to a Versailles’ show !