In 2006, while they were strongly rising since few years, Kataklysm releases In The Arms Of Devastation. An unfurling wave that confirms what we believed with the previous albums : they’re now a real heavyweight. Headbangers, be ready ! 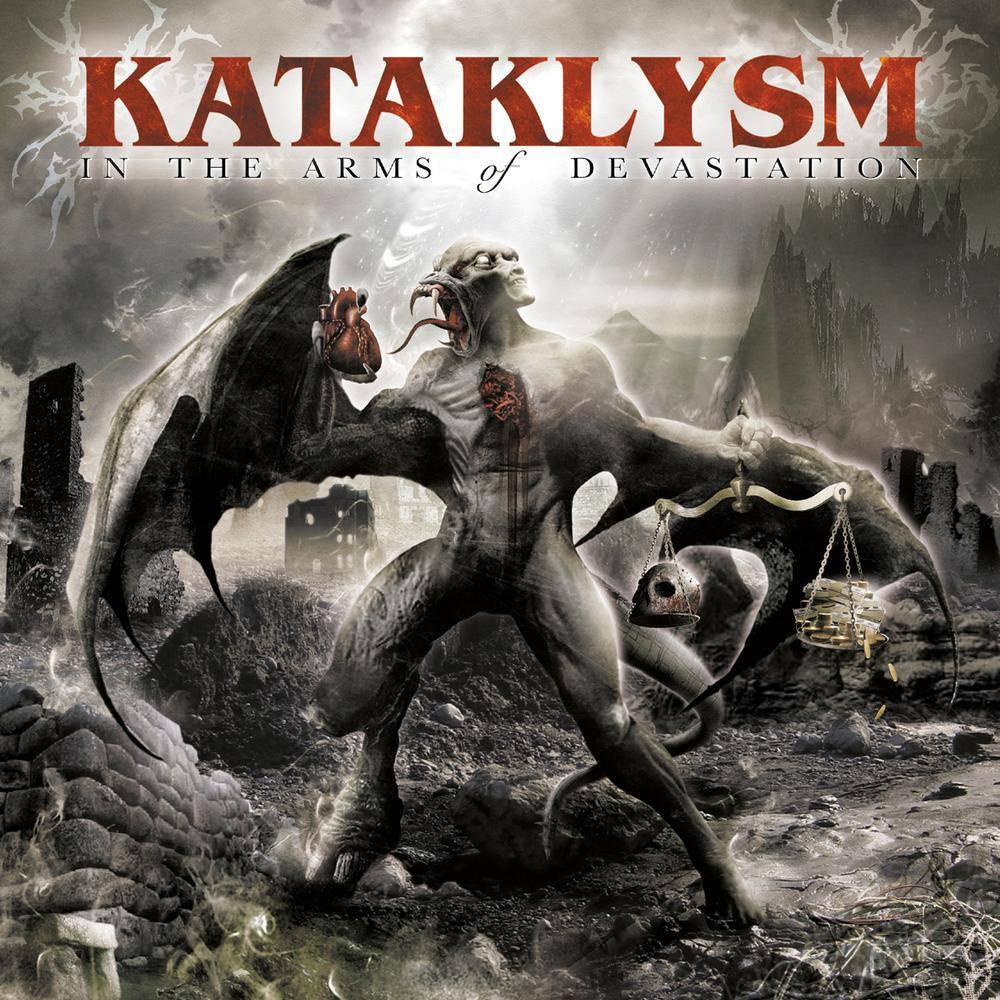 Like Angels Weeping (The Dark) is the beautiful opener of this record with a quick sampler that leads us to violent and blood-tasting riffs. Because Canadians’ goal is to prove us that the quality of the previous records wasn’t luck, Maurizio seems unchained, alternating deep growl and sharp scream. The second track, Let Them Burn is build with the same pattern, but with a highlighted bass sound, for my own pleasure.

One of the main track of both this record and the whole discography (they still play it on stage ten years after the recording), the huge and lumbering Crippled And Broken was written to denounce the veterans’ living conditions, marked by old memories that they would prefer to forget. The riffs are incredibly powerful, and the chorus’ screams are insane. With its clean introduction riff, To Reign Again stands out from the other compositions, before coming back to neck-breaking Death Metal riffs. Notice the beautiful bass/drums break.

It Turns To Rust will slow a bit down the tempo but focuses on powerful and heavy tones, proof that Maurizio’s voice fits both unbridleds and peaceful rythms. Notice that Kittie’s singer Morgan Lander appears on this track. Open Scars confirms the previous theory with an unchained lead guitar and focusing on melodic harmonies, while Temptation Nest comes back on the heaviest sound of the band. This track is pure genius. In Words Of Desperation picks from the band’s melodic roots to to achieve our painful necks, already broken by heavy rythm parts.

The last (but not least) track… The Road To Devastation, the longer from this record (seven minutes and fifteen seconds) seems to slow down the tempo with a sharp screaming voice, atmospheric riffs and an omnipresent bass sound, but there’s some changes for the chorus. One of the deepest growl ever with the help of Rob “Smiley” Doherty (R.I.P 2012). The track ends on a clock’s ticking noise that slowly fades out, and lets us alone.

The alternate rhythm between the tracks is a very good point for this record, which celebrates its tenth birthday this year, and I strongly recommend to you to check some tracks on stage during the MTV Headbangers Ball Tour. It will be my fourth time in three years, it’s for sure a great worldwide Death Metal value.