If there’s only one of the Doom Death pioneers whose sound doesn’t change through years, it’s obviously My Dying Bride. Created in 1990 in England alongside of Anathema and Paradise Lost, the only remaining former members are guitarists Calvin Robertshaw (who left in 1999 but comes back in 2014) and Andrew Craighan, and also Aaron Stainthorpe, the singer. Lena Abé (bass) joined in 2007 after Adrian “Ade” Jackson’s departure and Shaun Macgowan (keyboard and violin) gathered in 2009 to substitute Katie Stone. They don’t have a full time drummer, but the work incomes to Dan “Storm” Mullins on stage.

A Line Of Deathless Kings (recorded with Hamish Hamilton Glenncross on guitar) was released in 2006 and contains in my opinion every part of My Dying Bride’s soul. A tortured soul crawling on the floor looking for an imaginary redemption. Please erase every happy thought from your mind and focus on the very dark mankind’s side if you want to really feel this album. 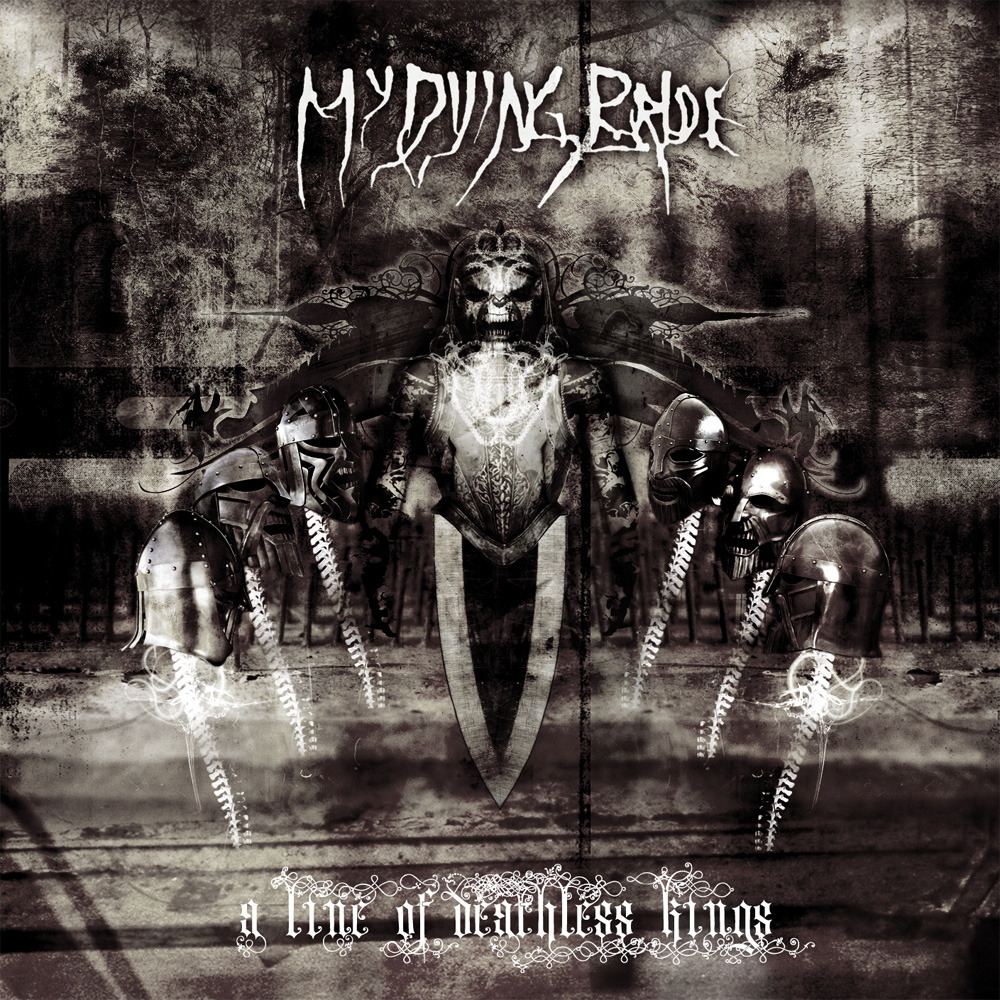 The first riff from To Remain Tombless lays the ambiance since the very beginning. Gloomy, scaring, but also animated with a destructive will. That’s a good resume of this first track, sublimated by Aaron Stainthorpe’s dark and distant voice. Even those small breaks cannot let us fall from this melodic train, until L’Amour Détruit. This track uses a lot more keyboard ambient tones than the previous track, heavy riffs are masters , and it’s in my opinion one of the best Gothic Metal monuments. Bitter cold, but penetrating.

I Cannot Be Loved has keyboard notes that reminds a harpsichord, but it’s the chorus that I really love. The fact that he cuts every part of his sentence with despair highlights an underestimate power. It’s with And I Walk With Them that our journey continues. A bit faster, but also brighter than the previous tracks, Doom Metal tones are highlighted on this track which is finally really heavy. The echo sound on the chorus and the acoustic break denotes the band’s will to detach themselves from the track.

We continue now with Thy Raven Wings. I could never have a neutral opinion on this track, it seduces me on the firsts keyboard notes that we hear falling down on the instrument. Several parts take turns, but still with this deadly slowness, and it’s with deception that we enjoy the last notes. Too short (only five minutes and twenty-one seconds), but quickly replaced by Love’s Intolerable Pain. Digging deeper in the heavy tones, this track is a beautiful one. The distant voice helps to get us prisoners of this gloomy universe.

One Of Beauty’s Daughter looks back on the elements that make the previous tracks great, but with a break that comes too early and whose tones sounds a bit too electronic for me, before switching back to the main riff, but it cuts me off the whole track. In my opinion, it’s an optional track.

Deeper Down will blend fast drums and heavy repetitive riffs that will knock us out before waking us up on The Blood, The Wine, The Roses. A surprising clean voice that quickly turns back on mesmerizing riffs and a voice faster than ever, for an amazing but awesome mix.

Even if it lasts more than an hour, this album seems too quick. Those nine tracks listens without interruption, the band perfectly hypnotized us again. Even if Feel The Misery was released a year ago, we can’t even feel the ten years of A Line Of Deathless Kings. A must have !