Japan… A country with traditions, new technologies, Visual Kei… and Coffins, a band that throws right in our faces some riffs as fat as three fast-foods since 1996. The band only release their first demo in 2000 because they wanted to improve their devastating riffs. They released a huge number of split albums (nineteen) and only four full-lengths.

The line-up is a bit chaotic (a drummer becomes the guitar player, another drummer becomes the new singer…), but seems to gather around around Uchino, their only founder member left who is also the current guitarist. When The Fleshland is released in 2013, Ryo is the singer (now replaced by Jun Tokita), Satoshi plays drums and Koreedah is the bass player (now replaced after nine years in the band by Masafumi Atake). Have you ever experienced a wall right in your face ? Just listen to Coffins, it’s nearly the same thing. 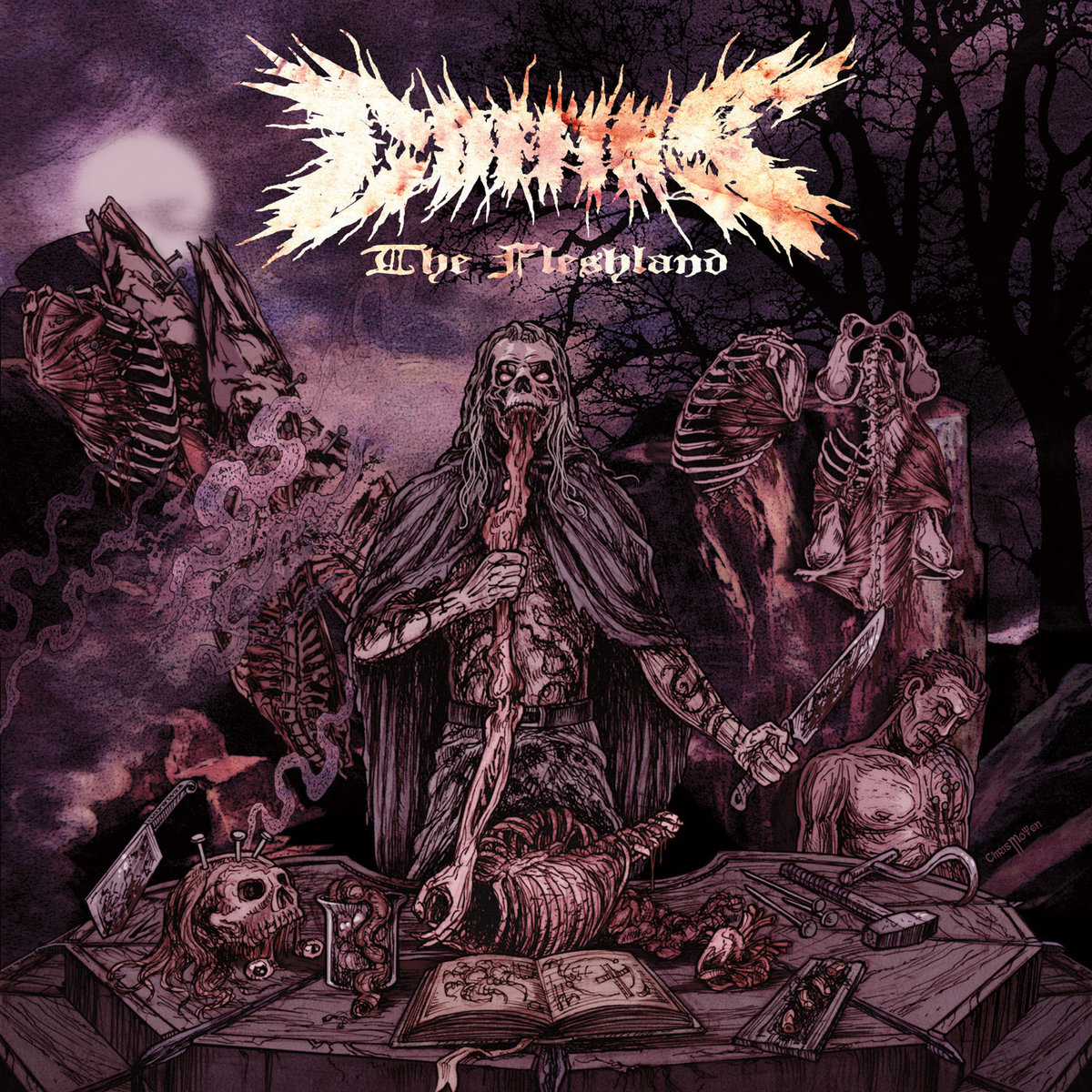 After a long sampler that evokes me seabeds, we can hear the first riffs. It’s heavy, bold and slow. When rhythm gets faster and Ryo starts to scream, wheels are turning. It’s obviously not with Hellbringer that it will stops ! Their music is a real steamroller, and each break is only here to increase intensity. Bass is clearly audible, that offers an interesting dissonent sound.

If we can feel that The Colossal Hole is more quiet, it’s only to increase the pachydermic sound of the riffs, while No Saviour picks some Old School Death Metal rhythms as we love to hear them nowadays. The lead guitar on The Vacant Pale Vessel brings us back some years in the past, when Death Metal started, under a drum sound that litteraly smashes us at every hit. Uchino allows himself to include a nearly psychedelic guitar solo on this song.

Once again, drums are highlighted on Rotten Disciples. An unleashed double kick under mastered riffs until Dishuman. Blast beat strikes again with this track that will increase tempo, and abuses of Ryo‘s deep screams. On Unhallowed Tide, it seems that Uchino tries some disturbing sounds with his guitar, while Tormentopia, the last song, will be the exact opposite. Ways more under control, this track is very catchy and I am sometimes surprised to hear the chorus stuck in my mind after listening.

Even if this albums sounds linear, it’s once again the band’s strengh. Coffins offers a rich music and powerful riffs, due to the low tuning. I was lucky enough to see the band on stage at Hellfest 2015 whereas it’s very rare to see them in Europe, and it was an absolute pleasure to hear their sound invade the Altar stage.