When you were young, each of you were at least once to the circus. The swedish drummer John Alfredsson obviously kept a deep memory of this moment, because he decided to create Avatar in 2001, with a circus inspired visual identity. He gathered Jonas Jarlsby (guitar/chorus), Henrik Sandelin (bass), Tim Öhrström (guitar) and the mad clown Johannes Michael Gustaf Eckerström (voice), and the band released their sixth album last year, but they really asserted their own style with the fourth record.

It’s actually with The Black Waltz, released in 2012 that the band was unveil from the shadow. A clever mix of Melodic Death Metal that they play from the beginning, Nu Metal rhythms and a disturbing look. It’s their personal recipe, and in view of the current criticisms, it might be the good one for them ! Jump in the ring ! 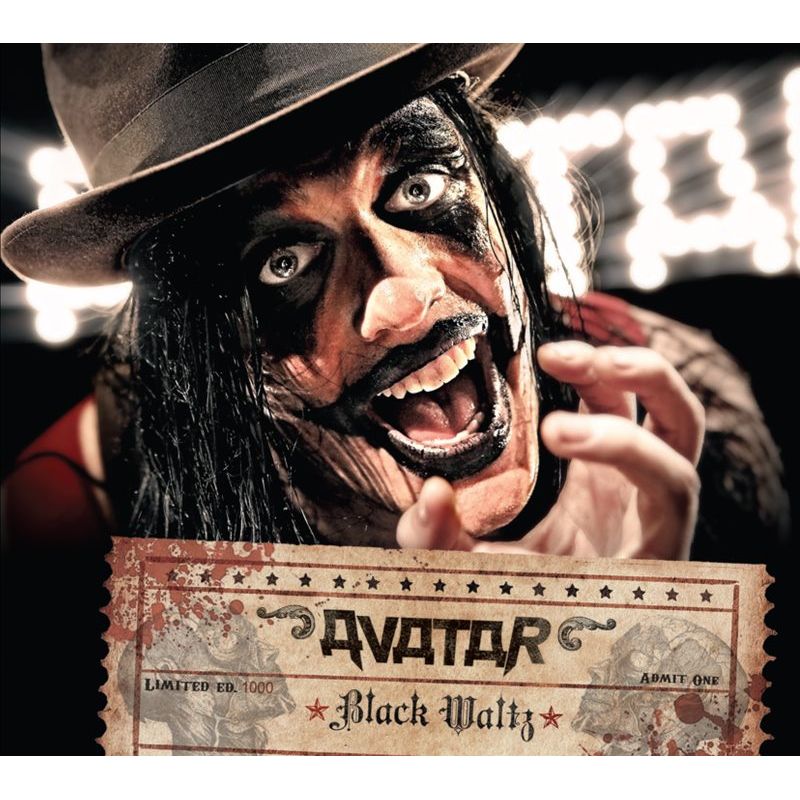 Let’s begin strongly with Let Us Die and its introduction riff that allows us to expect a heavy sound, with a lumbering bass sound. If Johannes’ voice seems to be more powerful, he also has now its own identity. The bass/drums duo on the end announces the return of the storm, including with Torn Apart. Once again, the Nu Metal basis is hugely notable, but perfectly fits with Death Metal rhythms oriented parts. We already gain speed with Ready For The Ride that drives us in a fast composition, with double kick drums and also demented riffs, separated by clean and calm breaks.

In Napalm’s long introduction allows us to enjoy the whole intensity until the chorus with choirs. Stop everything, we have a very original song ! Can you imagine a playground full of children ? Just add a disturbing clean melody for more than a minute before unleashing a psychopathic clown into the playground with screams and Death Metal riffs. This horror sight’s name is Black Waltz. You’re more into “classical” tunes ? So just get caught by Blod, a warlike song with dissonant sound.

I know that all of you ever thought at least once how Death Metal sounds without distortion, and you now have the answer with Let It Burn’s introduction. Notice Johannes’ crazy moment right after the solo, while Paint Me Red seems to be more personal. By lyrics or by the voice’s intensity, you won’t remain indifferent.

Another musical UFO, Smells Like A Freakshow begins with an electronic sample that frequently comes back throughout the song. The last track, Use Your Tongue, uses massive Death Metal riffs separated by harmonica, and frightening choirs during more than nine minutes, with also some… I let you judge breaks.

The show is over, but we request more ! Despite some elements that can sound hard to include, the whole record is good ! Strange of course, but very good ! Their live shows are also paced by the energic band on stage, and Hellfest will be their next arena.