Sometimes, musicians we meet after a show have a great sense of humour, but that doesn’t mean they can’t be serious on stage ! Cadaver Disposal, founded in Germany in 2010, is no exception to the rule. The funny guys are the founders Torturer on drums (Bethlehem, Goat Torment, IT, Mor Dagor and ex-Belphegor), Dennis Baron on guitar (Deus Inversus and Final Depravity), Stefan the vocalist and Alex Voß, newcomer since 2016 on bass (who also plays with Majesty). They gather with pints and started to compose Transformatio Mundi, the band’s second record, after Alex’s coming, leaving out jokes to play a violent and merciless Death Metal. Warning to old school and modern mix fans ! 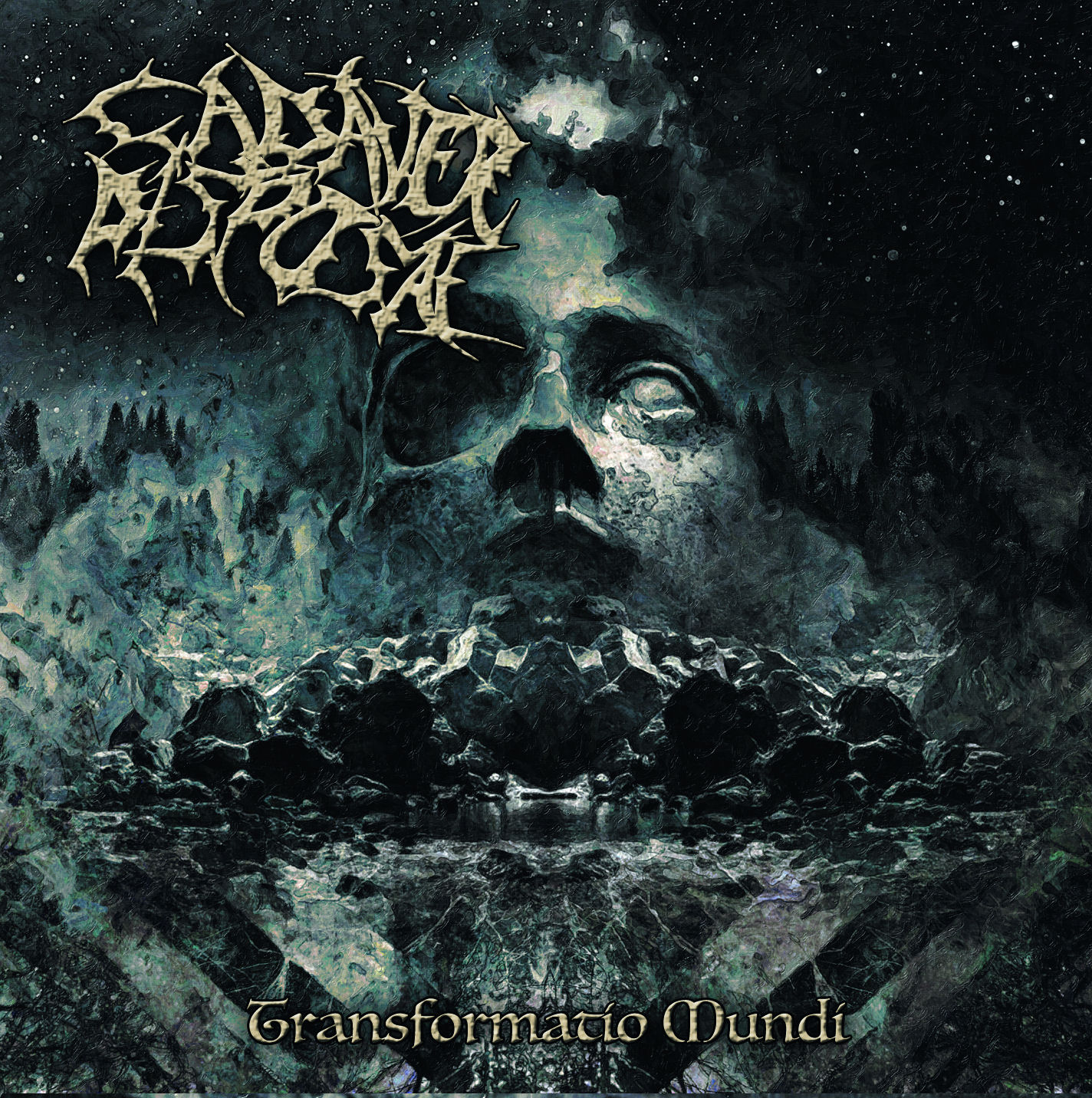 De Pulchritudine et de Ruinam, the introduction song, is composed of keyboards and clean simple guitar riff that makes us discover a beautiful guitar part before the first track. Congregation won’t notify anyone to lead into violence. Even if riffs are powerfuls, the mix allows us to clearly hear every instrument, it’s not this common but enjoyable ! Lead guitar parts and wonderful rhythmic riffs replace themselves while we hear Ambiant Death Metal sounds on The Ancient Order, that is a huge contrast with the main riff, violent as hell.

Seven Seals Unveiled’s break is a promess of wall of death during the band’s shows, while A Fateful Gathering would for sure start circle pits with its quick technical riffs. Once again, the mix’s quality allows us to fully enjoy the song before Divine Delectation, a song for which the band uploaded a lyric video at the end of january, where warlike drums sublimates dissonant harmonics and a strong rhythmic.

Let’s stay in the same pattern with What Must Never Be Forgotten. Are Melodic Death fans still here ? You will enjoy this song, there’s a lot of influences as well as on An Infinite Dream Ascends. This song has in my opinion the whole record’s introduction, with a top lead guitar.

Now welcome to the song that catches my attention by its length : Transformatio Mundi. Many distinct parts face turn to turn on this infinitely rich composition, making this song a must hear in the band’s discography, but also a very significant one.

Failure Of Man slows down the tempo to allow the listener to enjoy jerky riffs. Saddening Nothingness is the exact opposite : an increased fast playing and a continuation in the composition to show that the band can easily focus on two musical directions. On Return From Exile, we shall count on dissonant harmonics to reveal the song’s whole potential. The last song, Quantum Restat, is the last song for Cadaver Disposal to convince you that the band truly deserve its recognition among the biggest Death metal bands. That’s exactly what they’ll do, chaining technical riffs just as Chuck Schuldiner himself did twenty years ago. The end is an epic one, but I will say no more here.

All we could expect for the band is more recognition. It’s a local band formed with true Metal lovers with a daylife job indeed. But Cadaver Disposal has the potential to do more than this, they have skills and the necessary willingness to grow fast. Don’t force me to come in Germany to show you guys, our stages are also really cool !