Some bands has particular history that made them become part of the legend. Life Of Agony is one of them. Created by singer Keith Caputo in 1989, he’s quickly joined by his buddies Alan Robert on guitar and Joey Z on bass (ex-Carnivore).

The drummer job had many changes but will remains quite stable with Sal Abruscato in 1992 (who plays with A Pale Horse Named Death and ex-Type O Negative). In 1996, Sal leaves for Dan Richardson (Crumbsuckers) and Keith was also out of the band. They are thrown into confusion and call Whitfield Crane (Ugly Kid Joe) to sing with them on stage, before breaking up in 1999. 2002 is the year of Life Of Agony’s come back until 2012 for a second break up that only lasts two years, because in 2014 they announce their definitive come back. Keith Caputo has changed his name for Mina Caputo in 2011, after a surgery to officially become a woman.

During near than thirty years of their eventful career, and twenty-three years on stages, the band only released five albums. A proof that quantity isn’t all fans want, Life Of Agony is worshipped and respected by worldwide Metal scene. A Place Where There’s No More Pain’s announcement made a real buzz, because previous records weren’t acclaimed by reviewers. Life Of Agony is back, stronger than ever, and it starts now. 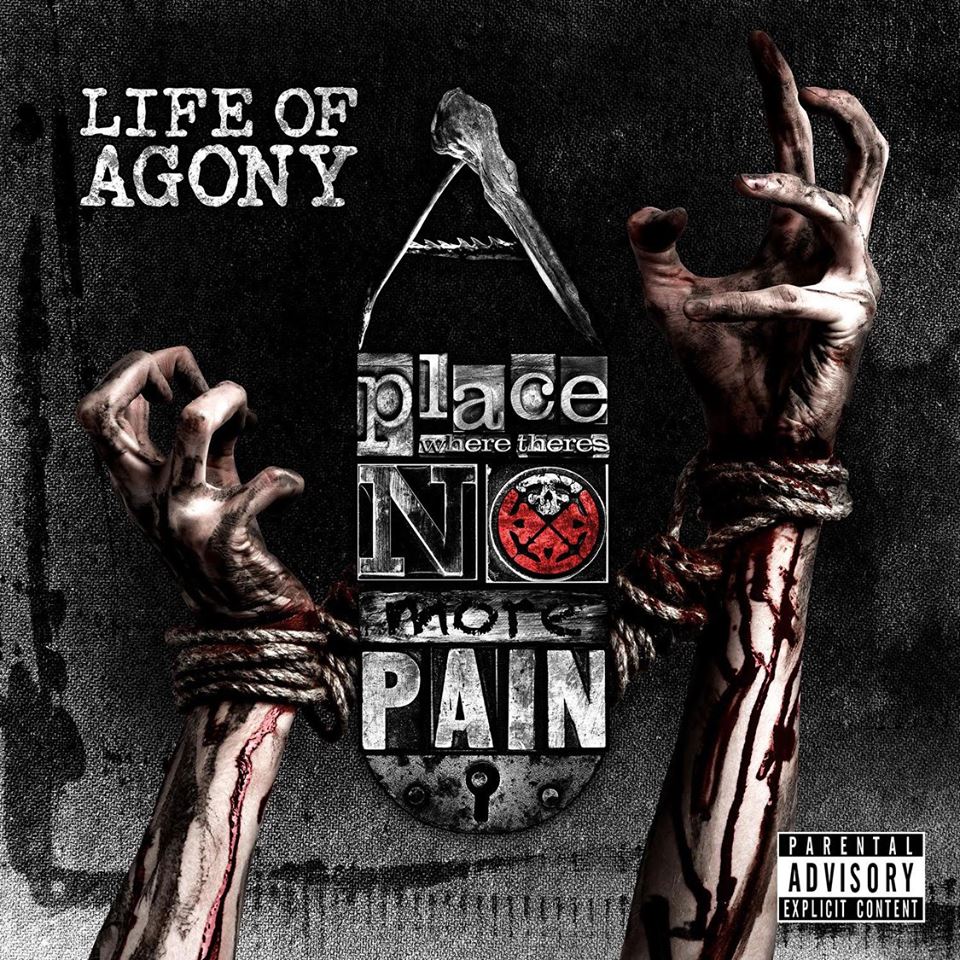 Let’s start with Meet My Maker’s introduction sampler, whose main riff reminds to purists the first record’s dark and violent rhythm parts. Mina’s voice is really different that she could do as Keith, but the band’s universe is still very catchy. This solid rhythmic ends to make place to Right This Wrong. Bass is highlighted and it’s on mesmerizing and jerky chords that the band proves us they’re still able to conquer fan’s heart.
The eponymous track’s tempo, A Place Where There’s No More Pain, makes it catchy. Mina perfectly uses her voice and choirs on the background strengthen the wonderful chorus.

Dead Speak Kindly plays on verses echo to catch the listener’s ear, while A New Low strongly slows the tempo down. The bass/drums duo works well with Mina’s deep and melancholic voice that contrasts with the chorus’ screams. A different song, but that wonderfully precedes World Gone Mad. More classic and near from the band’s usual tones, this track were composed to make the audience wait before unleashing a classic song.

Quieter but also heavier on the beginning, Bag Of Bones will be more aggressive on the chorus. Another song we didn’t heard from Life Of Agony since a while. Walking Catastrophe won’t loose a single time to recreate the greasy sound that made them famous in 1993 with a riff that I already know by heart at first hear. Another break on the acoustic beginning, Song For The Abused regains strength progressively as the verse goes forward to explode on the chorus. The last track, Little Spots Of You starts with such a sad keyboard tone. Some other keyboards will join Mina’s melancholic voice, with weird samplers that surprisingly close the track. Clearly outside of the box, this song makes me expect the best for the future.

An achieved change ? Yes. A successful record ? Yes. A real come back ? Of course. A Place Where There’s No More Pain allows Life Of Agony to impose themselves again on the scene they conquered years ago, but also to increase their influence. New shows in France would be awesome, it’s very unusual to have the band in our country. Hellfest 2015’s show made thousands of people happy, and mainly a man, that has waited this patiently “for 22 years old”. Come back soon !