If you’re into Death Metal, you probably know Bloodbath.

Created in 1998 by bass player Jonas Renkse (Katatonia, Wisdom Of Crowds) and guitar player Anders « Blakkheim » Nyström (Katatonia), the supergroup also welcomes Mikael Akerfeldt on vocals from 1998 to 2003 then from 2008 to 2012 (Opeth) and Peter Tägtgren from 2003 to 2005 (Pain, Hypocrisy). Behind the drumkit, there was Dan Swanö from 1998 to 2004 (Nightingale, Witherscape, Odyssey), but also Martin Axenrot since 2004, while the second guitar player is Per “Sodomizer” Eriksson (ex-Katatonia) since 2008, and vocalist Nick Holmes (Paradise Lost) joined the band in 2014.

Many famous names, isn’t it ? Bloodbath will only release four full-length and two EPs in nineteen years, but the most famous one is obviously Nightmare Made Flesh in 2004. Lead by Peter Tägtgren, the swedish band marked Brutal Death scene with a worked and flawless sound. On stage, it’s with a bloodstained make-up that they show up, and their music perfectly fits. It starts now. 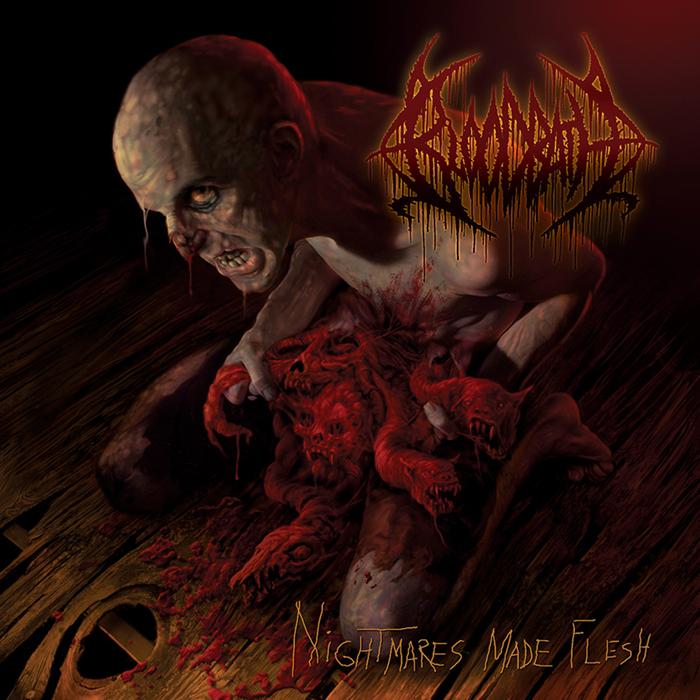 Cancer Of The Soul will set the ball rolling with a violent and oppressive riff from the very beginning. Technicity occurs with swedish musicians, and it’s easy to feel it during their jerky riffs. Peter Tägtgren’s voice is perfect for their occult universe and Brave New Hell won’t make me lie. The chorus is both catchy and devastating, bloody riffs succeed to screams. You think you listened to the whole Death Metal universe ten years ago ? Soul Evisceration is a proof that you didn’t. Gore lyrics walks with unleashed musicians to create a song that we still remember nowadays.

Let’s speed tempo up on Outnumbering The Day, with another epic lead guitar, notably on the chorus. Henrik Johnson’s mix (Candlemass, Grave, Samael, Unleashed) is wonderful and allows us to enjoy every note. It’s useless to slow down on Feeding The Undead, because of blast beats. Each hit is meticulous to allow each musician to express and unleash violent and hatred feelings that inspire them.

Eaten. Bloodbath’s most known track. A slow but heavy rhythm part, a deep cavernous voice and a haunting lead guitar. Embodied perfection, nothing less. Bastard Sons Of God speeds up again to convince the reticent ones to join to the headbang wave, while Year Of The Cadaver Race make both guitar players rivalise. Some samplers rings The Ascension’s beginning, another slow song just like the band know how to compose. Another underestimated jewel.

Draped In Disease is the perfect track to combine lumbering rhythmic and harmonics, with by moments a lead guitar, while Stillborn Slave focuses on Peter’s screams. The genius’ voice, sometimes deep, sometimes sharp, is highlighted until the song’s end. Blood Vortex’s biggest power is its mesmerizing lead guitar, while the main riff restores Brutal Death Metal’s nobility.

I told you that you at least know one of these hymns. If Bloodbath isn’t this active, it’s because of it’s member’s others projects. Their few shows need to be worshipped, and fans are always here to honor them. Even if Nick Holmes is neither Mikael Akerfeldt nor Peter Tägtgren, he is fully able to lead the pit as his predecessors. While we’re waiting for new songs, I let you with those monuments…