Coming straight from Detroit, Michigan, Wilson is a band that blends Alternative Metal with Hard Rock and some Stoner sounds.

Created in 2010, Chad Nicefield (voice), Jason Spencer, Kyle Landry (guitars), Matt Puhy (drums) and James Lascu (bass) released two albums in 2013 and 2015. The last one, Right To Rise, allows them to have their first headline tour and many shows around the world. Come have a good mood blast ! 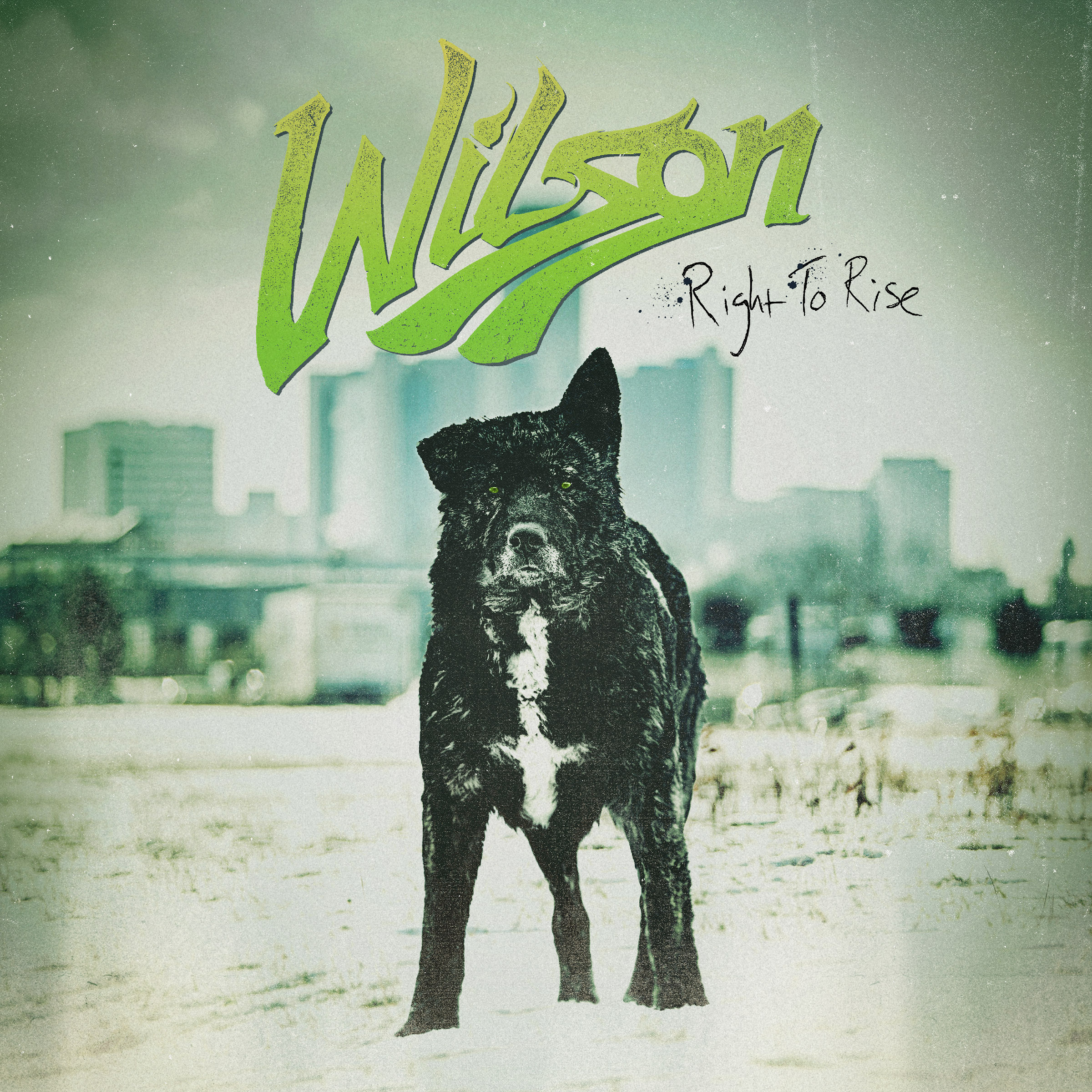 The record starts with Right To Rise, the eponymous track. An easy but effective riff that finally lets place to a catchy verse that makes almost us in the mood to dance. Power chords will be heard again, and Chad screams a bit. Guilty (You’re Already Dead) proves us that the band is also able to compose massive rhythmics. Choirs are a catchy strong addition, by the way.
Crave will explore the american band’s Stoner roots while a jerky and cheerful rhythmic appears on Windows Down!, reinforced by choirs. Let’s speed tempo up with All My Friends and its highlighted bass sound. In addition to have a powerful chorus, Chad’s voice is dotted with screams to punctuate the whole composition. Once again screams are in order on Satisfy Me, provoking an almost unconscious headbanging.

Atmosphere changes with The Flood, a track that will probably reminds to many the high school years. It’s like a hymn to student parties, with clapping hands. Let’s go back on heavy rhythm parts for Hang With The Devil and its verses that I find very hypnotics, while I Am The Fly has some atmospheric tones for a great contrast.

New catchy song : Give ‘em Hell and its hilarious video clip. Once more a powerful rhythm riff takes over your will to stay motionless, while Waiting For The World To Cave In begins. Ways more quiet, there is sometimes screams for this song with distant sound. On the last track, Before I Burn, the bands give all they have to convince the stubborn ones. Intensity is palpable since the first notes, and Chad literally yells on his microphone to reach an awesome power level.

Even if the band is still young, stage is their favorite playground, and this record is a proof. Listening to Wilson at the wake-up is a guarantee to be motivated for the whole day and to have enough energy to kick anyone’s ass if needed ! We are patiently waiting for new songs and a tour !