Let’s stay in the same style, but darker… Dissection was born under Jon Nödtveidt’s impulse (guitar/voice) in 1989 in Sweden, with an inspiration dictated by inhuman forces.

Truth ? No one will know and that’s what made legend. A first break happens in 1997 after Jon was detained for murder conviction, but right after his release he calls Tomas Asklund on drums (ex-Aborym, ex-Bloodline) and the french man Brice Leclercq on bass (Ages, ex-Nightrage, ex-Satyricon). Erik Danielsson (Watain) fills on bass for live shows during 2005.
The band breaks in 2006 after the release of their third full-length, right after their leader’s suicide. Jon Nödtveidt is found dead by gunshot inside a circle of candles with a satanic grimoire near from him, because he “he has reached his peak in life, when he has accomplished everything”, following satanic precepts. We will obviously focus on the last record, Reinkaos, released months before Jon’s suicide. A Masterpiece that switches between Melodic Death Metal and Melodic Black Metal, with Erik Danielsson and Whiplasher (Deathstars, ex-Swordmaster) on choirs, and also Nyx 218 on female vocals. I let you enjoy the record if you switch off the light. 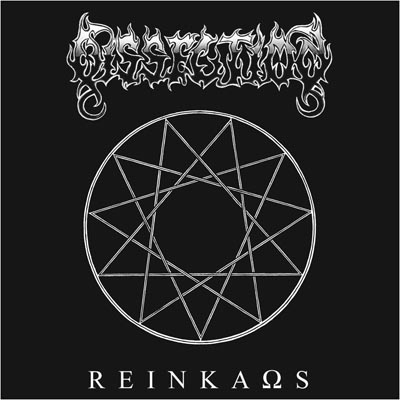 The album slowly starts with the instrumental track Nexion 218. A clean sound melodic and worrying track that leads us to a solid and violent rhythm part. Beyond The Horizon begins and knocks us out with a warlike blast beat and a deep rhythm riff. A mesmerizing lead guitar takes over until Jon Nödtveidt’s raw voice. In good shape after his incarceration, he took time to work on his riffs and his lyrics. Starless Aeons won’t lose any moment to offer us the first solo right on the beginning. Jon screams his lungs out on jerky riffs, while the swedish inheritance forms itself.

Black Dragon’s slow introduction will be anchored in your mind just like an arrow in the flesh, while Dark Mother Divine focuses on deep and atmospheric sounds to convince us. For our greatest pleasure, we discover some sharp and agressive riffs on Xeper-I-Set, with distant and low choirs. It sounds a bit like a different universe that we had on the whole album, but it fits perfectly to the band. A mesmerizing interlude with Chaosophia, and let’s go again with God Of Forbidden Light and its perfect lead guitar. A melodic monument.

The eponymous track, Reinkaos, is also full of melody with both guitars for a wonderful instrumental track, before leaving us on Internal Fire. The band’s heavy and jerky sounds are coming back with more violent than ever before screams until the final. I think there is no extreme Metal fan that don’t know this song. Maha Kali, the universal ode to destruction. On the break, Nyx 218 melts her voice with Jon Nödtveidt’s one for a specific ambient sound. Even if this track is really captivating, it the record’s and Dissection discography’s last one.

As I said before, it’s only few months after writing and recording this masterpiece that Jon Nödtveidt took his own life. Dissection lets us a vast heritage. Simultaneously for their violent rhythm parts, enchantress melodies or dark lyrics. Unfortunately, it’s often by death that a band becomes a legend, and the swedish band isn’t an exception to the rule. Frequently covered, but never matched, they still reign nowadays over Melodic Black Metal alongside with Emperor.