Let’s come back to Japan to discover a westernised Metalcore band : Coldrain.

Created in Nagoya in 2007, the members remains the same from the beginning. There is Masato on vocals, Yokochi and Sugi on guitars, RxYxO holds the bass and Katsuma is behind the drumkit. They cleverly melt Metalcore with sometimes Alternative Metal or Post-Hardcore sounds, and the band composed four full-lengths and two EPs. All their lyrics are in english because Masato’s father is american, which allows them to stand out from the other japanese bands and to easily drill outside of their country, with some shows in Europe and United States. The band celebrates their tenth birthday booking the mighty Budokan for a headline show. Before being this famous band, Coldrain released Nothing Lasts Forever in 2010, an emotional EP. This release allows them to create the roots of their own style. It was seven years ago, and their sound was already amazing. 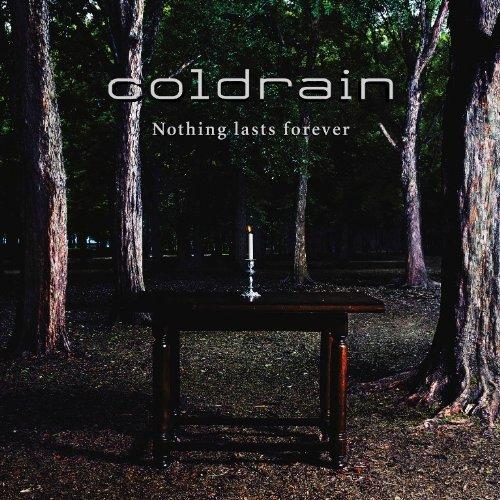 The EP starts in power with Die Tomorrow, a catchy and violent song. We discover Masato’s punchy scream on a classic Metalcore rhythm part : heavy and jerky riffs until the chorus that clearly flirts with Alternative Metal sound with clean vocals. Suddenly, the track ends to give way to We’re Not Alone. A heady lead guitar and a massive rhythm part while Masato uses his clean voice until a moment that he sings alone before being joined again by the whole band. Coldrain quickly dares to cover a song, and it’s Stuck from Stacie Orrico that benefits of their Metalcore. Really catchy, however we can feel the song’s pop roots. Let’s come back to aggressive sounds with After Dark, that keeps some atmospheric riffs due to the guitar’s clean mode. Screams aren’t fully absent but relegated to the background, while The Youth’s whole break is screamed. Far from losing their intensity, the band surprises us with an acoustic ballad named Miss You. A song on which Masato and Sugi, the main composers, deeply engage themselves.

It’s unusual, isn’t it ? But it’s the proof that japanese bands are serious rivals. Coldrain are not remaking the styles they’re inspired of, but they’re melting them all to create their own universe. On both violent and quiet moments they’re composing, they can add deep and topical lyrics to their instrumental parts. I saw them on stage a moment ago, and even if the band is a young one, they’re far from beginners ! Their energy is palpable and communicative !