You may reproach to some bands to stay on their positions, but it’s also possible that some bands are coming back to their style’s roots. Lava Invocator is a Black Metal band that does it.

The ukrainian band started in 2015 with two Def/Light guys : Ingvaar (guitar/voice) and Silent (basse) quickly gather with Yggr (drums) to begin to compose. Their hard work will give birth to Mörk in 2017, a mix between twenty years old Black Metal and some ambiant parts. Meaning “dark” in swedish, we clearly feel that there’s many influences from this country and their neighbours are present. Please welcome to the sound itself. 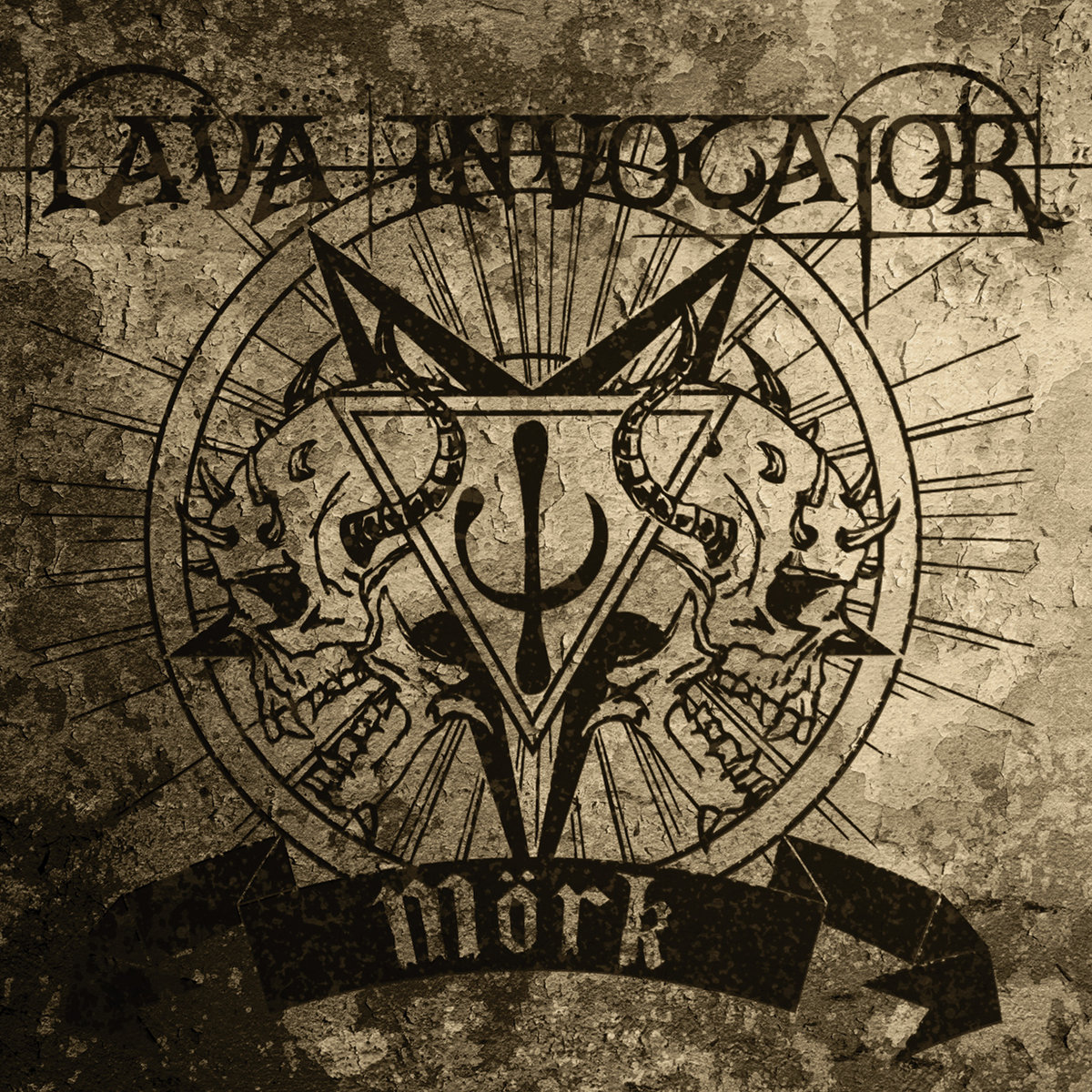 The record starts with the worrying Awaken, an ambient instrumental track. Modern and cheerful keyboards quickly let place to uncompromising and warlike riffs. Blast beat reigns supreme, but we can feel a will to include atmospheric sounds. It’s not Empyrium Et Nihil’s choice, where Ingvaar’s voice will erase any doubt in everyone : the ukrainian band has an ageless sound. This time travel continues with Gestapofallos and its riffs that reminds us early Norvegian Black Metal, with a highlighted bass sound.

Black Dawn’s rhythm part comes back on atmospheric tones, and the two overlapped voices allow to the band to create a ritualistic atmosphere. This track also proves that the band can use a lot of technicity, as they do on Dark Thunder Sky, where there the sound is more progressive and epic. While focusing on fast and furious riffs, Ingvaar achieves to ship our mind.

The cleavage is brutal with Totenkampf and its furor. Even if a solo appears between two hateful riffs, the intensity the band create in its riffs are still palpable, and Mörk, the eponymous track, won’t let us feel the contrary. Ambient again, this worked riff track perfectly concludes the record. Another proof that violence can be mastered and also beautiful.

For their first full-length, Lava Invocator puts very high standards. Reminding elder Mayhem, punkish Darkthrone or an ambient Dark Funeral according to songs, the ukrainian’s sound is shaped by talented musicians, as well as creative men. If the band has the strengh to cross our borders, I will attend to one of their shows.