Borrowing their name to the nordic giant who embodies the sea, Aegir is a french band that swings between Death Metal and Viking inspirations.

Even if their beginning in 2007 is still dark, Barbatos (drums), Einherjar (guitar) and Hermod (bass/vocals), who also play together in Pestiferis, hire Heimdall (guitar) to complete the line-up and succeed to Ringhorn, their first album, in 2017. Melting viking thematics, mythology oriented lyrics and Death Metal rhythmics, the only real drawback comes from the ballpark mixing and mastering that is unfortunately poor for this style. There’s still empty places on the drakkar, would you like to come ? 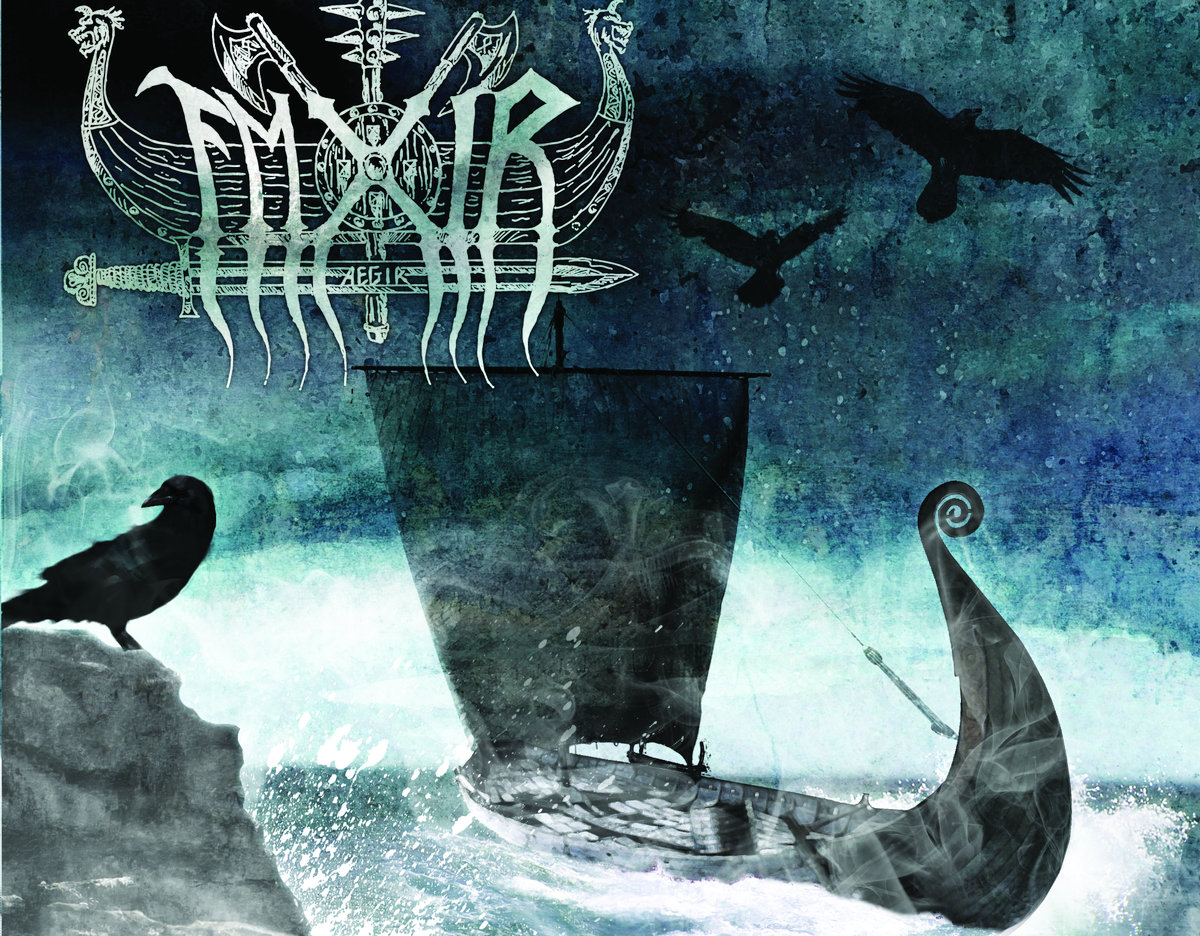 Through Tides and Shore is a straight introduction to the band’s style. A keyboard sample clearly reveals the band’s influences, with warlike drums and nordic sounds before the onslaught on Thought And Memory. Hermod’s voice comes on this track, which doesn’t deny its viking influences on the composition despite its strength. The issue comes from the sound, that makes drums mousy in my own opinion, and the other instruments sound too old. Clean voice is close to mythology, while on Fenrir, saturated voices are present from beginning to end to transcribe a battle scene, under Barbatos’ blasts.

After an atmospheric introduction, Ringhorn enters with a slower but headbanging rhythmic. Very catchy, this eponymous track breaks the tempo with a blast beat that increases speed, while Travel To Noatun is a bit more cheerful. This mid-Folk, mid-Metal transition can start a dance in the pit, but The Fire Of Muspellheim stays in a more classical aspect and will probably create an uncontrolled crowd movement at every show.
Even if Last Battle’s introduction can makes us think to an atmospheric song, it is clearly not. The rhythm power will only slow down a bit for the solo, then it comes back to the beginning riff to close the composition. Choruses on Echoes Of Thunder Fades Away makes the listener literally soar on the sound to better makes him come back on Earth with ceremonial drums that appears sometimes in the song, and some riffs are here to remind us that the band also deals with Melodic Metal, while What The Fork?, the last track, picks up a dancing rhythm on keyboard. The aggressive sound is really different than what the band usually does, but we quickly understand that it’s just a prank by the guys.

The band seems inspired from the beginning to the end of the record, but the sound, mixed by Einherjar, doesn’t really meet Folk Metal/Pagan fan’s expectations. Too drafty by moments, it spoils a bit the creation, mainly on drums, but we can feel that the four guys gave everything they had on this project. We can just hope that Aegir continues to skim on french stages to get bigger and offer us another album worthy of their creativity, with a sound as huge as their will.