A while ago, when I was a newcomer in Metal, I discovered a band that would redefine my conception of violence, and only later, explain me how to convert emotions in powerful music. This band is Evergrey.

Driven since 1995 by Tom Englund (vocals/guitar), the band suffered from some line-up changes. If Rikard Zander (keyboards) is in the band since 2002 and Johan Niemann (bass) since 2010, two members came back in 2014 : Henrik Danhage (guitar) stayed from 2000 to 2010 before coming back, while Jonas Ekdahl (drums) only entered in 2003 behind the drumkit before following his bandmate. The band is currently defending his tenth full-length on stage, but I only discovered their powerful sound with The Inner Circle, which was released in 2004 with the help of the Gothenburg Symphonic Orchestra and Carina Englund on vocals, as on each records. At this time, Michael Håkansson played bass. Let your heart guide your steps. 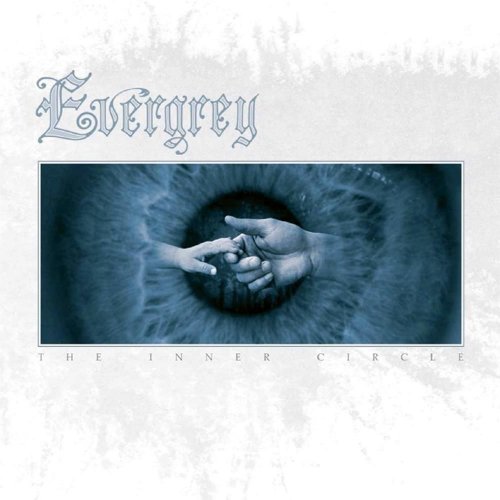 The record softly begins with A Touch Of Blessing, and this first track is also the one that made me like the band. Keyboards slowly open us their universe’s doors while Tom Englund patiently explains us what will happen before riffs propels us in the thick of things. The sound is excellent, and pure violence blends with emotions while Ambassador is beginning after a short sampler. Once again, swedish send us killer riffs on the face. Echo on voice is beautiful, and upgrades the track with a restful atmospheric tone that contrasts with the rhythm power. Tom’s last scream is really frightening.
Flowing with In The Wake Of Weary, the band reconnects with the plaintive dimension that gives life to their songs. Carina Englund’s voice is more present, enhancing the melancholic aspect with keyboards help. The final vocal duo is amazing. Harmless Wishes stays on this plaintive and melancholic side, while Wake Up Blind is a short practically acoustic ballad that allows us to refurbish our neck.
Violence comes back with More Than Ever and its devastating double kick. Tom’s voice reinforces on some parts to make us understand by force or will the malaise sensation he has inside of him. The Essence Of Conviction’s sound is more progressive and the chorus’ choirs give it a particular atmosphere, while Where All Good Sleep’s riffs rotate between soft melody and slow raw power. However, the band comes back to acoustic for Faith Restored with an emotive sampler.
It takes me a while to enjoy the last track. When The Walls Go Down starts with some keyboard notes and a namelessly sad sampler. After a symphonic moment, voice becomes miserable, until drums takes over. Progression is clearly noticeable, and I surprise myself nodding, waiting impatiently that everything around me explode. And this explosion is a relief that closes the album with a wonderful outburst of violence.
On the limited edition, acoustic versions of three songs from the previous record, Recreation Day, are included. I’m Sorry, which is perfectly suitable for acoustic, Recreation Day, that will unfortunately lose its impact while fitting to Tom’s voice, and the last one Madness Caught Another Victim, which is almost dancing.

Over time, my musical tastes evolved, but I still have the same sensation while listening this album. Evergrey is a fantastic band. They’re able to skilfully blend omnipresent violence and real human feelings, their compositions are both touching and catchy. Their show at Hellfest 2017 allowed me to confirm the impression I had the first time, the swedish band fully master their universe and can lead us far away.