Melodic Death Metal isn’t a newborn style, and legendary bands of this kind of music are many. But there’s also very younger and less known bands, but that clearly deserve to be like Wolfheart.

Created in 2013 by Tuomas Saukkonen (guitar/vocals, ex-Before the Dawn, ex-Black Sun Aeon, ex-Bonegrinder, ex-Dawn of Solace) as a solo project, he also composed every instruments on the first record. On mid-2014, he finally decided to hire as full time members Lauri Silvonen (bass/vocals, Bloodred Hourglass, Casket, Death Confronting), Joonas Kauppinen (drums, Disease Of The Nation, ex-Before The Dawn) and Mika Lammassaari (guitar, Eternal Tears Of Sorrow, Mors Subita). The band release a second full-length in 2015, Shadow World, then a third one in 2017 that they’re currently defending on stage. But it’s with the second one that I discovered the band, so it’s the one we will focus on today. It will be a long way to go. 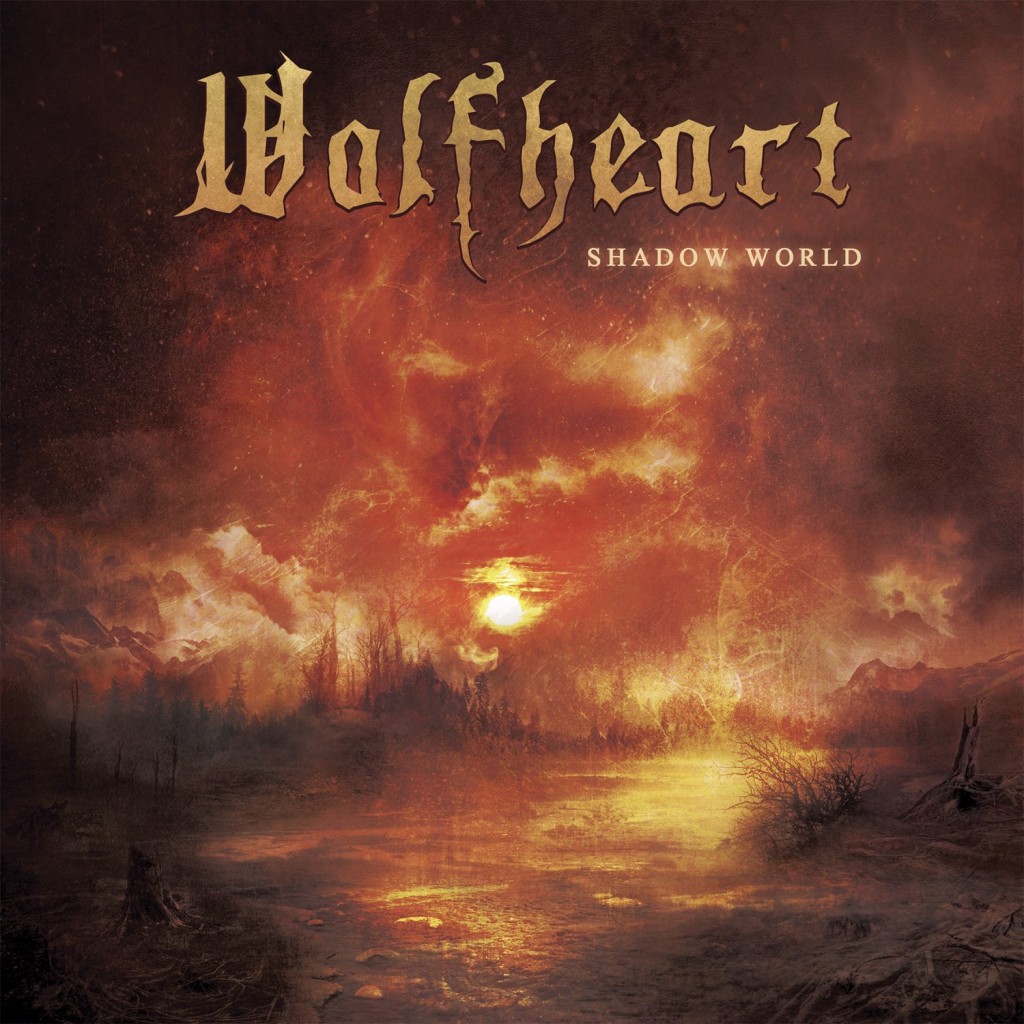 The Finns start slowly with Aeon Of Cold and Saku Moilanen’s keyboard (Red Moon Architect), that introduces a powerful and fast rhythmic part that sometimes comes back on its melodic basis between two howls. The band clearly highlights ambiant sounds, and there will be a confirmation of this aspect on their new hurricane, Zero Gravity. This track, in addition to be my favorite, is both atmospheric and heavy, which allows to keep all its strength without denying melodic roots. While hearing those riffs, I feel like I’m in the middle of a whirlwind. What about those choirs on the chorus… Beautiful!
Storm Centre drops us again in the middle of the fury with a sound that seems to come from everywhere and our only guide will be Tuomas’s screams. The mix’s quality allows us to fully enjoy the experience, as Last Of All Winter’s acoustic introduction, whose tone stays quiet all along the track, despite powerful riffs. Nemesis starts once again with Saku’s keyboard, but quickly comes back on a fast and massive rhythmic.
One of my favorite tracks, Abyss, was composed to create headbanging crisis. Harmonics perfectly fits in this composition, and the bass sound sublimates violent rhythm parts. Ways more focused on lead guitar, Resistance will also hurt your neck thanks to its joyful and catchy riffs. The band takes advantage of Veri, their last track, to make us a demonstration of their skills. If you could check many times that they’re masters of powerful tracks, they are also able to include an emotional aspect in their music.This track’s introduction is one of the most melancholic that I’ve ever heard. The keyboard outro will also wake some gloomy thoughts in our minds thanks to its ice-cold beauty.

It wasn’t Tuomas Saukkonen’s first attempt, but his work with Wolfheart is clearly admirable. Each composition, written by the whole band, let us feel their creative genius. The Finns regularly water us with albums, and each one is better than the previous one. I can’t wait for them to start writing the fourth one!