Not to set the precedent, it’s about a separate band that we will focus on today. Created in 2005, the finnish band Ghost Brigade make us cry when they announce ten years later that they are on indefinite hiatus.

During those ten years, the line-up basis was nearly the same : Veli-Matti Suihkonen on drums, Wille Naukkarinen and Tommi Kiviniemi on guitars and Manne Ikonen on vocals. Bass player Janne Julin left in 2013, while Joni Saalamo replaced him and the band announced Joni Vanhanen on keyboards the same year. Ghost Brigade is a journey that lasts four records of pure sadness and solitude. I hovered a long time to pick one, for the reason that the four of them are amazing, but I finally decided to review Isolation Songs, released in 2009, because it’s in my opinion with this one that the band defined their very own sound, and that allows them to be recognizable among thousands. Please take the time to appreciate each note. 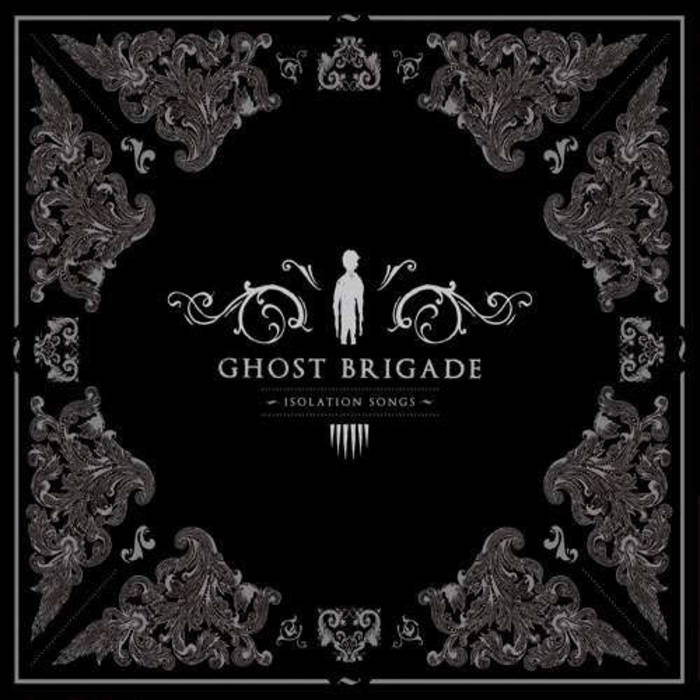 The record starts quietly with Suffocated’s melancholic introduction. We discover a melodic and infinitely sweet universe, that strengthens itself with the coming of a Post-Metal rhythmic. However, the restful aspect remains, even with Manne’s firsts screams. The Finns trapped our spirit, and it’s absolutely not with My Heart Is A Tomb that they will release it. Once again acoustic sounds fill up our eardrums, with this time a clean voice with a bit of echo that sometimes switches on heavier rhythm. Into The Black Light is a bass. I don’t want to denigrate the other musicians, but Janne Julin is truly amazing. He achieved to make his instrument the song’s principal component at each second.
Lost In A Loop literally gives the impression of an endless loop between heavy riffs and a voice that is close to Stoner, while 22:22 Nihil comes back on acoustic sounds and a rhythm that lets us catch a glimp of melancholy, but it’s not unusual for an acoustic track. The band’s violent sound comes back with Architects Of The New Beginning and it’s tortured rhythmic, while Birth’s progression is valuable to hear, with some breaks in the riffs, on one of the band’s longest track.
Concealed Revulsions’ firsts notes let us feel a quieter and moderated composition, while  Secrets Of The Earth is more energetic. The track’s clean voice doesn’t let us augur the explosion that comes on the middle of the song. If you’re not into the band with A Storm Inside, whereas its rhythmic is one of the most catchiest, you just have to wait for Liar. This song’s riffs, that alternates between clean and saturated vocals can set fire in a pit.

Ghost Brigade is able to quickly provokes an emotion on each song to their audience. Even if compositions chain to each other, they’re absolutely not similar and each of them is very unique. The band splits up without animosity between members, but I feel fairly optimistic to hear their riffs resound again just like I heard them for the first and last time at Hellfest 2015.