One of my last live crush was also a huge punch in the face. When the american guys from Condemned came to spit their Brutal Death Metal on us, I wasn’t ready.

However, the band created by Steve Crow (guitar) in 2004 is amazingly powerful. Steve is the only original member left, but the band is nom composed of the singer Sam Townsley, bass player Ryan Tyler and also the drummer Tyson Jupin, but the last one to join is Sam Richardson. The last guy unfortunately didn’t record the third and last album, His Divine Shadow, released in march 2017. Are you ready to face an unchained and violence-thirsty demon on its raw form? 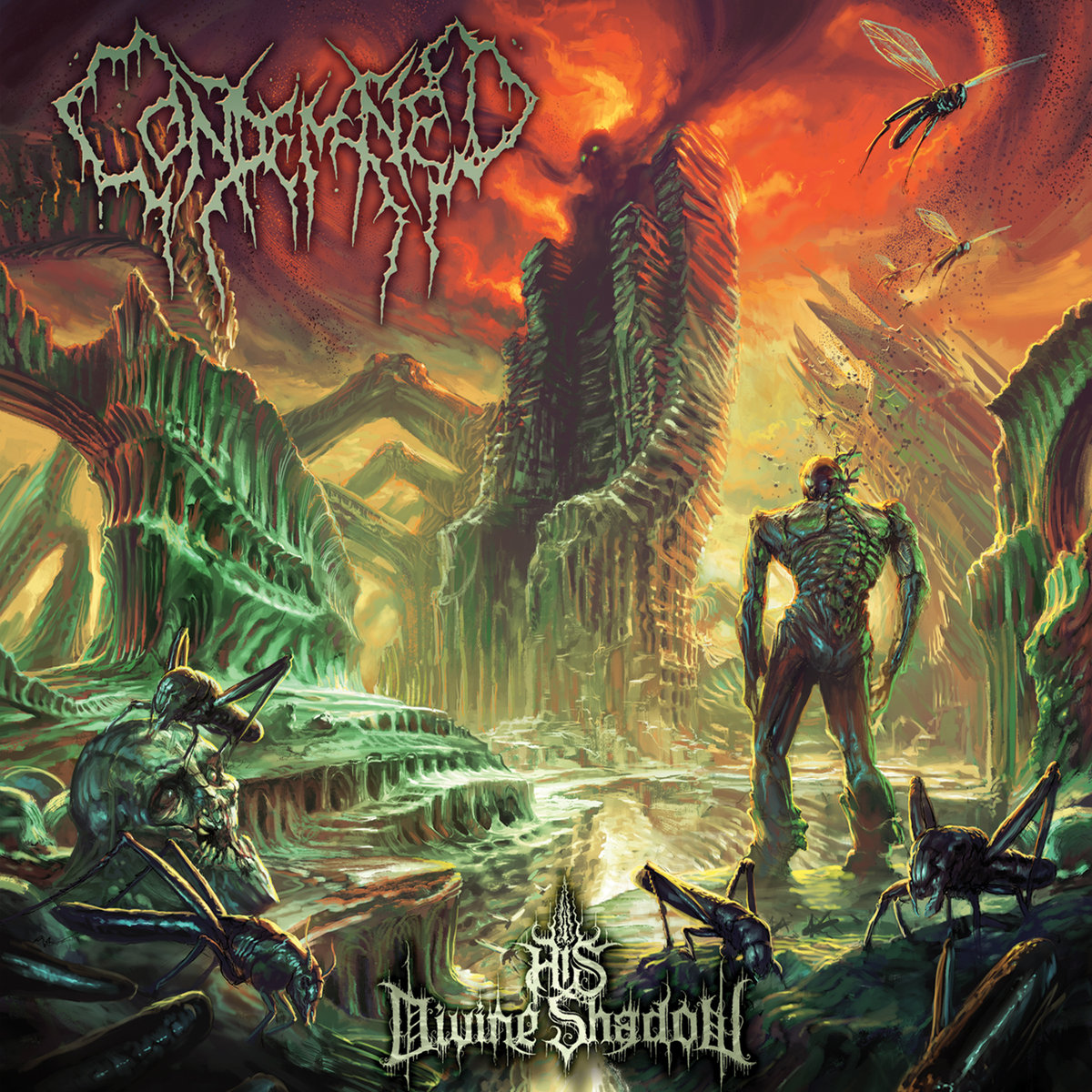 Let’s start slowly with Penumbræ, a frightening, disturbing and above all oppressive introduction. By closing our eyes, we can imagine it coming to us, step by step, just before embracing us on Dawn. The contrast is striking, as a breath that makes a clean sweep on blast beat. Sam’s voice allows them to flirt with Slam Death while staying on unhealthy sounds. The bands still stuns us with Omniscient Perturbations and its slower rhythm part, but always heavy.
Legion reaches a new level in raw power and feeds itself with disturbing harmonics to reveal Black Death based influences, but it’s Ascending The Spectral Throne that deeply takes advantage of Black Metal sounds of the composition. Alternating between as heavy as motivating breakdowns and fast and tortured riffs, the guys know what they’re talking about. For Nefarious Sanguine Decree’s introduction, a gloomy sample introduces us once again to the band’s universe to release us on an atmospheric rhythm part. The riff’s strength, fulfilled with atmospheric sounds won’t decrease with His Divine Shadow, the eponymous track. Blast is still active under a massive rhythm part, and won’t let anyone insensitive.
It’s with Pestilential Reign that the band continues, pushing again violence on its entrenchment with a jerky rhythm part like there’s just a few. After this short moment, here is The Hive Ablaze, that raises the bar with an amazing rhythm. For deeper than Earth breakdowns, flying notes or voice, this track is my favorite one. The album ends with beauty on World-Reaving Terror, a slower track that focuses a lot on lead guitar to carry on its work, while rhythm part coupled with devastating blast beast just speed the things up.

Condemned succeeded with this masterpiece. When Brutal Death style started to overload, they’re imposing their violent and technical music by adding a small unhealthy touch that misses to many bands that only focuses on technicity. On stage, the guys are wonderful but once they’re out they are amongst the nicest I ever meet.