The perk of being a reviewer is that you are permanently discovering bands, youngs or not. This it’s Between Nothing that I randomly discovered, and I decided to share their Melodic Death Metal with you.

Created in 2008 in Poland, the band’s history is a bit blurred until they release their first EP in 2017. Kamil (bass), Maciej (drums), Szumi, Tommy (guitars) and Tomek (vocals) gave everything of themselves to compose and record For Your Enjoyment. An EP at the crossroads of a powerful Melodic Death Metal, some Thrash Metal rhythmics and obviously their own stuff. I was surprised from the very beginning, will you be too? 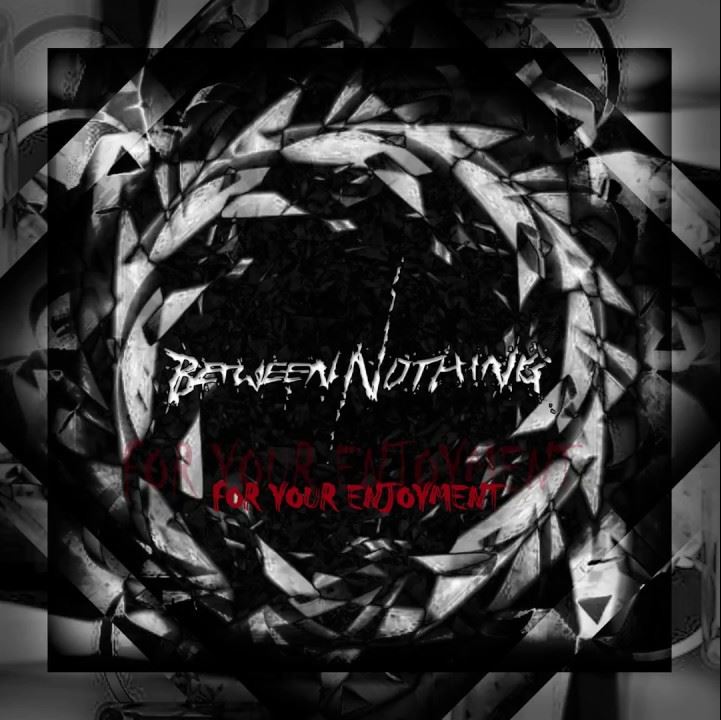 Their EP starts with Altar, a fast track that won’t allow us to doubt on the band’s style. The full of harmonic rhythmic is very catchy and explodes since the chorus starts, with an imposant shout to support Tomek’s piercing scream. On the break, ways more atmospheric, Maciej’s drum style will be as technical as lead guitar, while Sunrise Sunset is highly focused on ambiences that the band is able to create. Thanks to a solid rhythm, the Szumi and Tommy duo offers us well-worked lead parts. Kamil’s bass is way more audible on this track, and strengthens the rhythmic force giving guitars more freedom.
More ambient-focused, Frozen In Space starts with a sample, but it’s once again lead guitar that overpasses the powerful rhythmic that the band imposes. Vocals alternates between deep growl and shrinking scream. For We Are Astral, the band focuses on the changeover between both guitars to create a catchy universe, dotted with melodies on raw and fat riffs. The last track, Windless One, reconnects with the rough Melodic Death Metal aspect that the polish offers. Indeed, the track bets on speed and sample supported rhythmic part, while keeping this technical side. A great final that kindles desire, but it can be surprising.

While new on the Melodic Death Metal scene, Between Nothing seems to be an amazing opener, and soon a great headliner. If the band just release their first record, they have everything the big ones have. Sometimes mixing allows us some questions, but they rectify by high-quality compositions, and I cannot wait to see what the band can do on stage, but also on a longer album!