While I concluded my 2017’s Top 10 discoveries, someone advise me to check an unusual project. Melting Atmospheric Black Metal, happy sounds and raw strength, Vvilderness wasn’t this far to be part of this Top 10.

Created by vvildr in 2011, the hungarian took six years to release Devour The Sun, his first record. However, there’s a reason to this : he made everything by himself. Music, vocals, artwork, recording, mastering… This record is him. Some days later, he also released instrumental tracks of his tracks, but in my opinion, the most interesting one is the one with voice. 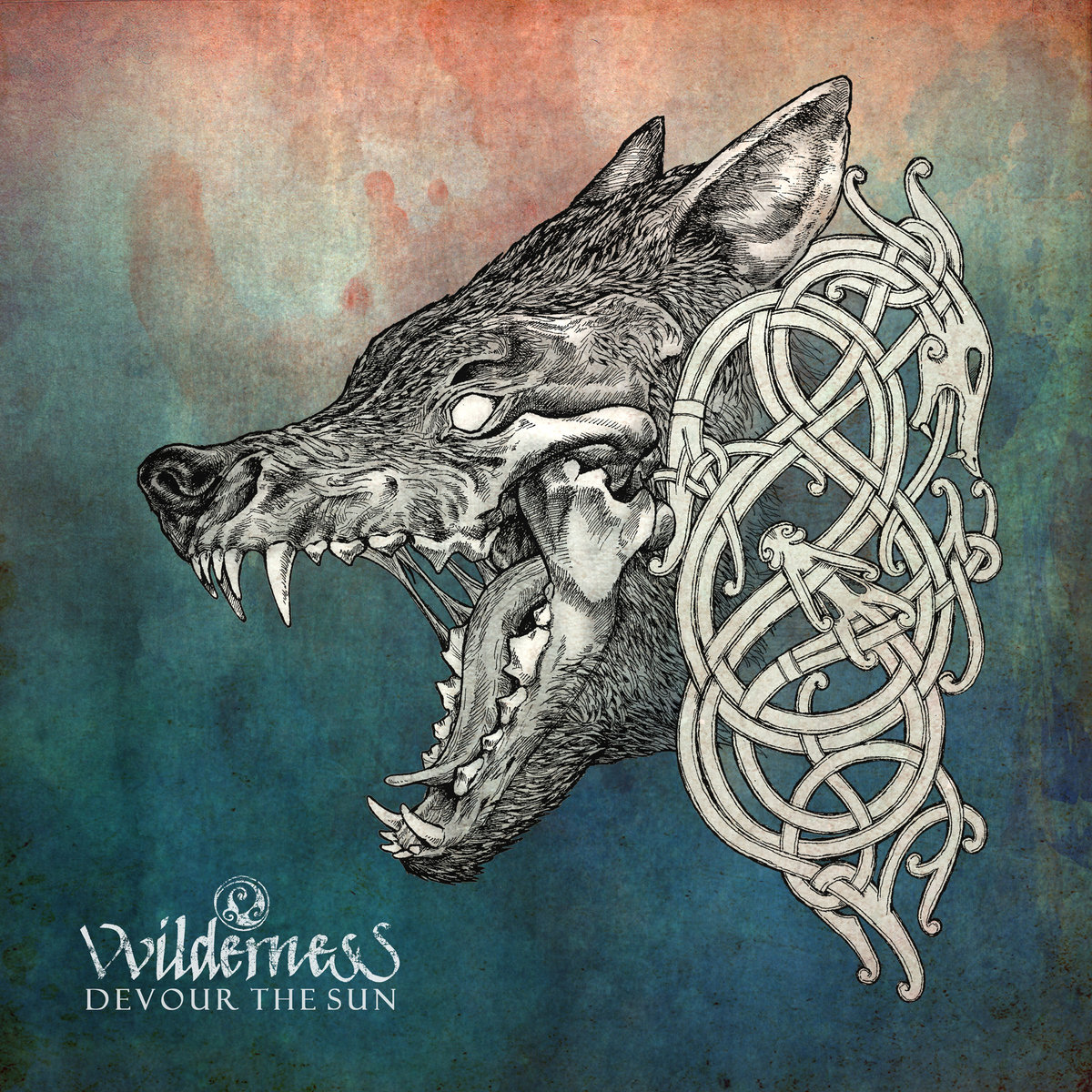 He opens with Starless Dark, an instrumental track that slowly begins, but that also shrouds us in a veil of darkness. Guitar is suddenly gets a voice afar and keyboards become worrying. The veil totally covers us, and Sól starts, with a real melodic cannon fire. We can hear every typical Black metal elements, but there’s something more. The mid-relaxing mid-frightening ambient from the previous track isn’t really gone, and the hungarian’s “joyful” sounds will do nothing to end it. Sometimes interrupted by clean sound moments, the rhythm track literally stuns us until the final apotheosis. The eponymous track, Devour The Sun, starts slowly, mesmerizing us with acoustic riffs loaded by echo. Saturation quickly comes back, and the man’s voice is both threatening and plaintive. This contrast is also highlighted by clean lead guitar in the background. On the end of the track, an experimental moment wil surprise the listener, but dark riffs comes over.
Life, the second instrumental track of this record, is way more joyful, and reminds us a happy folkloric composition. But a melancholic impression still remains between those clean riffs, while New Earth comes to hit us once again. Starting with a distant rhythmic, vvildr plays with our patience until he lets his composition explode. Vocals are more peaceful, and the track is also split into two parts by an acoustic part that enable to begin resume with more intensity. Suddenly, music stops. The last track, which also the longest one, is called Aftershine. Its rhythm part makes feel high since the very beginning, and deeper vocals strengthen this slowness feeling. Clean riffs will delay again the whole song, supported by drums that flirts with Progressive Metal but which finally sets place to an Olympic calm before heading back on sounds that easily replaces any kind of illicit substances. That rhythm part switches off to allow the keyboard’s mystic sound to occupy our mind for the last three minutes that are allowed.

It’s a musical UFO. It seems out of nowhere, but Vvilderness bursts a rich and catchy, melancholic and dark, but especially atmospheric and personal universe right in our face. Only six tracks, but that perfectly slots and complete each other. Let’s just hope that we won’t have to wait six more years for the next one.