Throughout one of my new talent hazardous discoveries, Pissboiler’s bold and dark music was evident.

While I never heard about the swedish band before, their Doom/Death, that sometimes brushes Drone during some parts, is slower and more frightening than most of the music I heard since a while. Only created in 2014, Pontus Ottosson (guitar), Karl Jonas Wijk (drums) et LG (bass/vocals) released a demo in 2015, then a split with the french band Deveikuth before finishing The Lair Of Lucid Nightmares, their first record. Let the sound crawl to you. 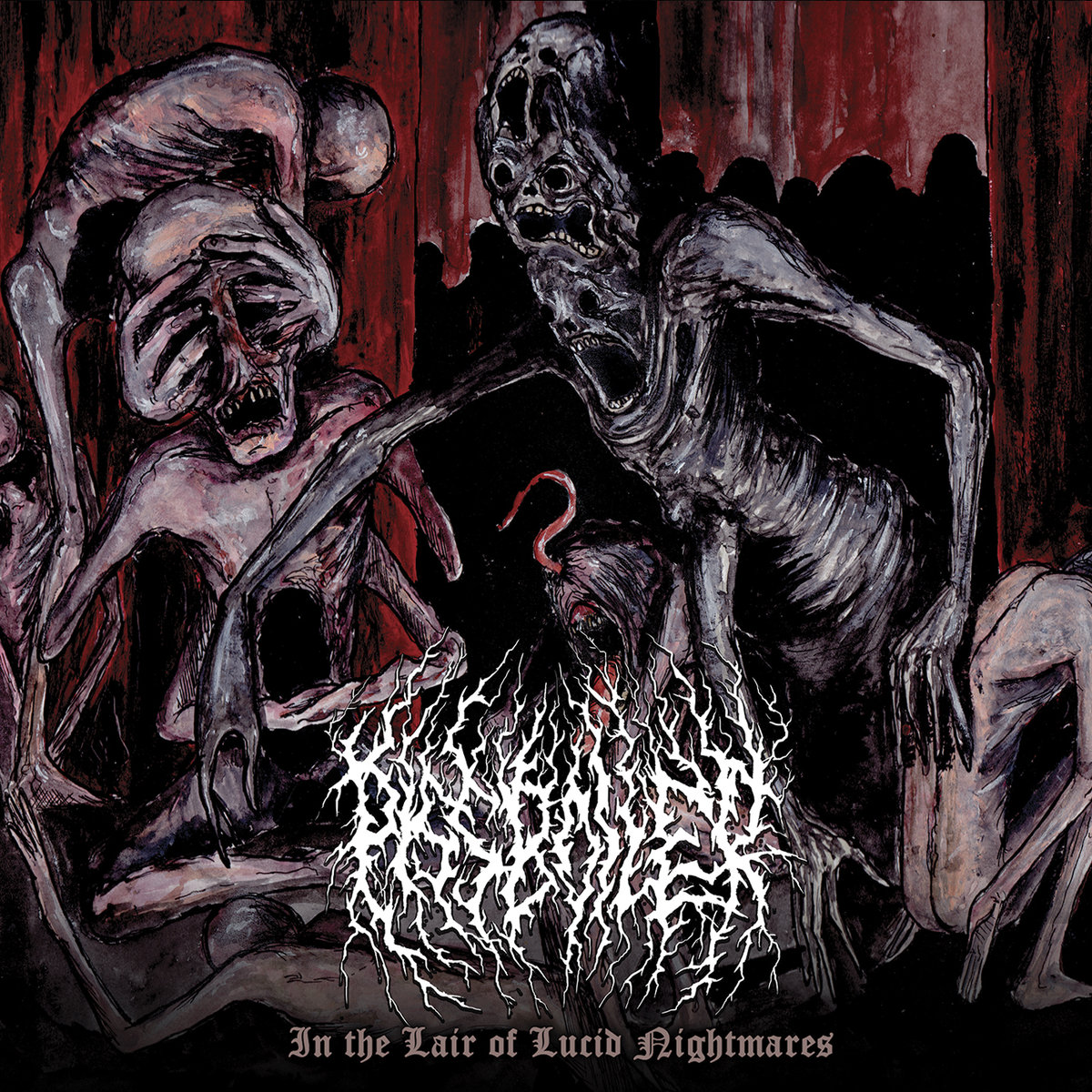 Ruins Of The Past is the first track of this full-length, and the very least we can say is that the swedish decided to get tough. A slowness memorial that lasts more than seventeen minutes and which lets our mind abandon itself to pure and simple melancholy. A saturated sound and a haunting scream suddenly lead to a clean but as bleak as sad sound. They continue with Stealth, a short calm and clean sounded rest, while we easily feel that instruments will quickly bounce back.
It’s also with a clean and atmospheric sound that fills Pretend It Will End’s introduction, until LG awakes with an inhuman scream. Saturation comes back and the band’s cavernous sound fills up our headphones, with an universe that spreads itself and spills out as the plague. After a larsen, rhythm part that depends on bass strengthens itself, supported by terrifying and distant screams, reminding damned soul’s lament. Sound progressively switches off until Cutters, the last track. A short stifling sampler takes time to explain us which side of darkness we will face takes over to make us suffocate again. Larsen melt to suffering cries, and pain itself express through them. Even the final slowed feeling cannot soothe anything.

Pissboiler’s members forgot to close Hell’s gate behind them, and we can feel it through their music. As slow as heavy, heir riffs are loaded with a funeral sadness and a burial languor, but also a full involvement. The veil that shrouds us from the beginning to the end is impressive in its darkness, and if their style is mainly elusive for most of the general public, musicians are totally dedicated to their art.