Some countries has a unique and recognizable among all other sounds. This occurs for Finnish Melodic Death Metal, and inter alia, for Mors Subita.

Created in 1999 by Mika Lammassaari (guitar, he also plays for Eternal tears Of Sorrow and Wolfheart) and his brother Aki (guitar), they get a first line-up. The next year, Aki lets Mika command the project by leaving, but we have to wait until 2003 for the first demo to emerge, then 2005 for the first EP. It’s only in 2011 that the Finns released their first full-length. The line-up became solid with Mika Lammassaari on guitars, then also Mika Junttila (bass player since 2005), Ville Miinala (drummer since 2012, who also plays for Vortech) and Eemeli Bodde (vocals since 2014). Together, the band compose their second album which is released in 2015 then Into The Pitch Black, the third one which is out this year. Winter never was this violent. 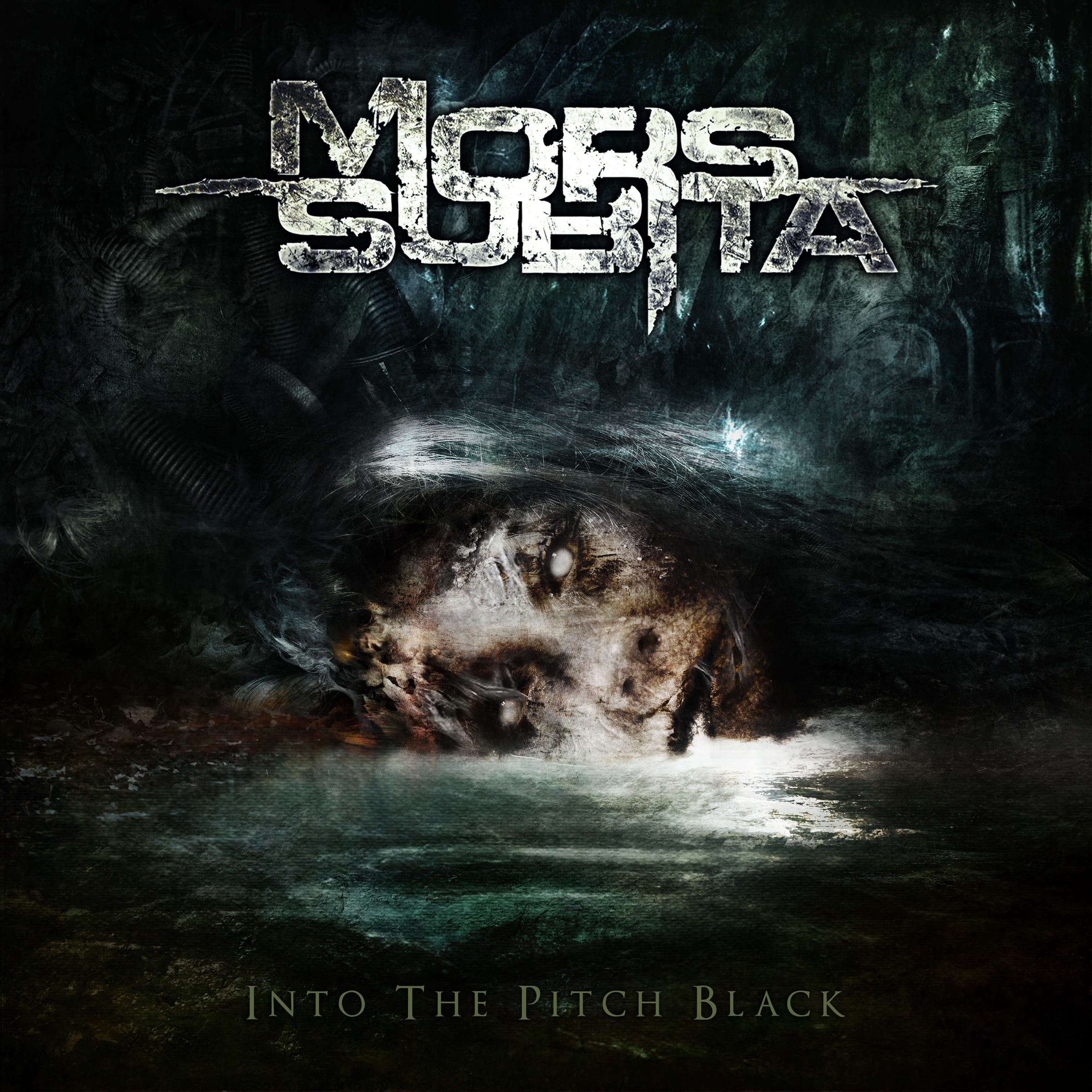 Let’s start with Path To The Abyss, a sample supported by some acoustic sound guitars and a female voice that, after a larsen, throw us in the midst of a true whirlwind named As Humanity Weeps. Eemeli’s scream slowly guides us through this flood of notes that relentlessly descend on us, while the man seems to be comfortable. At lightning speed, the storm is gone, to bring us to Dead Sun. Slower, but also much heavier without neglecting lacerating harmonics, under their singer’s powerful screams. Defeat’s modern sound won’t disturb, and the jerky rhythm part runs its process to create a headbanging will while a greasy and increased bass sound supports the whole song. The solo part proves the Finns’ virtuosity.
Into The Pitch Black, the eponymous track, comes back on a more atmospheric and melodic sound with a wonderful introduction. Far screams let harmonics soar and rhythm shout at the same time as Eemei does. Riffs used by the band offer a contrast between violence and quiet atmosphere that won’t let me insensitive, while Alas focuses on fast playing with a wild double kick. Nothing seems to calm the band’s ardour on this track, and their Thrash roots stand out, as on I, God. Don’t get scammed by introduction’s modernity, because it’s an excellent blend of Melodic Death and Thrash Metal that the Finns throw us in the face, and I promise some intensive headbanging moments on this one. Powerful blast doesn’t let plan the extremely heavy part at mid-track, but this surprise perfectly fits to the atmosphere they wanted to create.
We continue with a harmonic-boosted Vultures, and the chorus progression is among the record’s most beautiful ones, but it’s on Fear Is Just The Beginning that slap comes.This devastating introduction, that comes back after the chorus, surprised me. I didn’t imagine that the band was able to array such power, while keeping their melodic influences. A keyboard sample sublimates the solo’s beginning, then the track stops be back again. Another modern sample, but that perfectly fits on the record’s continuity, as an introduction for Shadows, a slower but as full of rage composition. The quiet atmosphere is only disturbed by the singer’s screams, but stillness remains until the end. The last track, The Void, is also the longest one. Without denying neither the band’s influences nor the atmosphere they created since the beginning, it allows us to develop another own universe, punctuated by explosive riffs and sharp rhythmics. The track ends on a wonderfully played acoustic melody.

Mors Subita took a while to really start, but the band seems to have found its balance. Alchemy that takes place between members allow them to compose tracks with melodies instantanely get stuck in our mind. Whether the comparison with Wolfheart couldn’t be avoided at first hear, because Mika Lammassaari plays with them too, both bands are clearly different and it’s something you can feel.