Founded in 2010 in Seattle, Dylan Desmond (bass/guitars/vocals) and Adrian Guerra (drums/vocals/keyboards) quickly released the band’s first demo in 2011, then the first full-length that reveals their creative capacities to the world the year after. The second records confirms their outsider position, but Adrian is forced to leave the band. Dylan has no other choice than to replace him by Jesse Shreibman to honor the band’s duties, but Adrian died a few months later.The band revives, and the two of them relentlesslely composed, between two shows, to write Mirror’s Reaper, as a tribute to Adrian Guerra, and which also contains his voice, alongside with Erik Moggridge (Aerial Ruin, ex-Epidemic) and Mariusz Lewandowski’s artwork. Two parts from a single composition, two different aspects, two sides of the mirror. 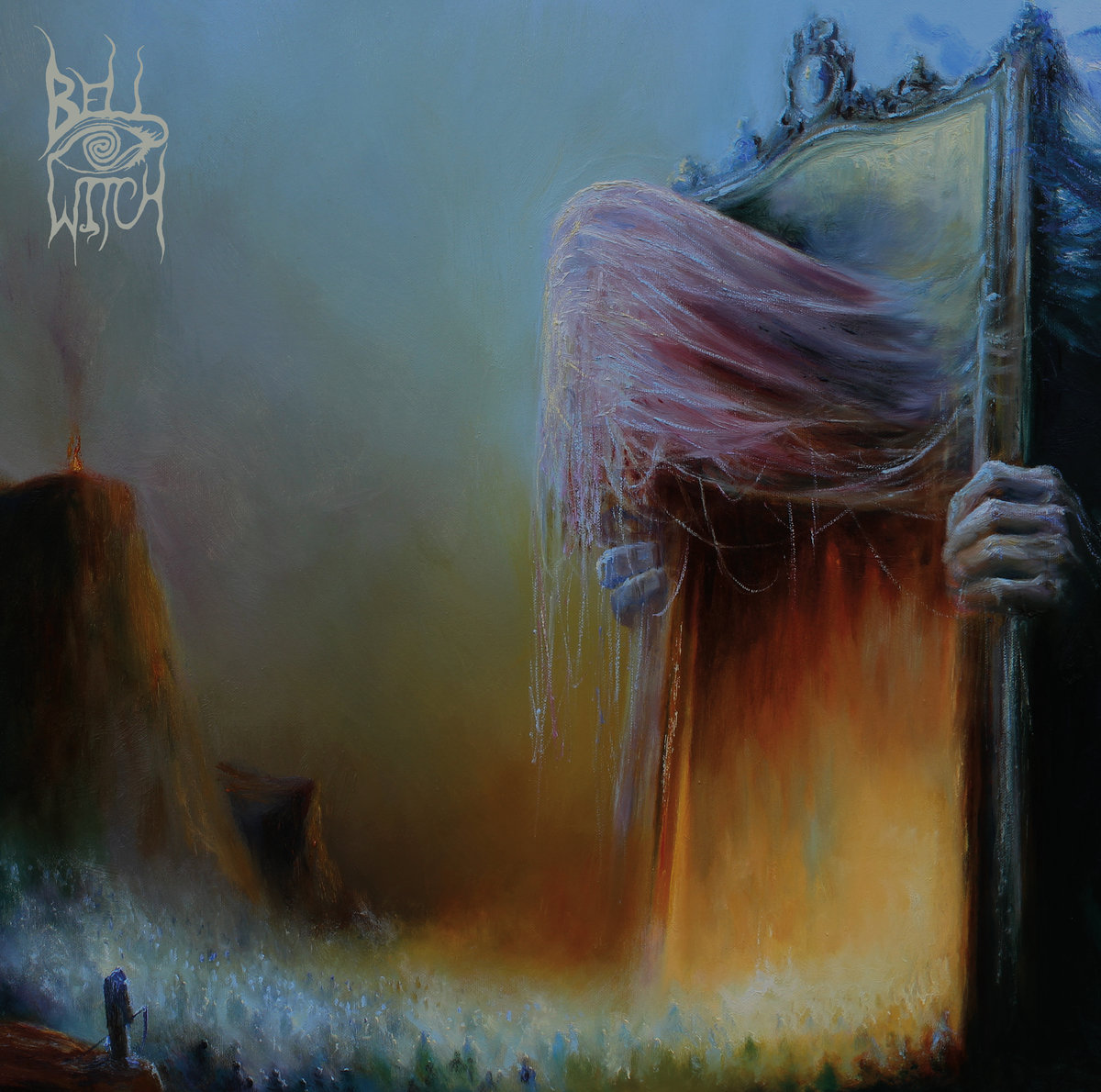 The first part, As Above, starts with a ghostly and far sound. Mystic vibes that reach us immediately create a quiet and soaring atmosphere, but that will be disturbed by a slow and melancholic saturated sound, then by a cavernous growl. Some screams from beyond invite themselves to the procession, and the drums accentuates this ritualistic side the duo give to their music. Once you close your eyes, it’s possible to imagine and feel a funeral procession’s presence that slowly move towards the mirror, with a dark shadow aura. The composition will be interrupted by less aggressive sounds, but keeps its poise and frozen and ritualistic aspect, before sinking again with a clean sound that inspires nothing but suffering. Screams come back, and with them heavy riffs, but still as slow as previously, before heading to a rhythm part supported by keyboards and a crackling bass, with some more melodic parts before ending through an ethereal whisper.

So Below, the second and last part, starts the same way. A clean and frightening sound, but its atmosphere isn’t really the same. Even if melancholia is still the watchword, those riffs seems to be more positive. The mourning continues with a far resounding song, and a pain that calms down. The drum, yet in the background, contributes to this far and foggy aspect thanks to fading cymbals that penetrates the listener’s mind. Named Words Of The Dead, this part is in my opinion the one that represents the best the vibrat tribute they want to dedicate to their late friend, finishing by what the band does the best : a lumbering rhythmic, vocals that call for pain and madness infused ambient.

Even if this project seems to be insane, Bell Witch recreates a real universe through those two parts of a single track. The tribute isn’t obvious to understand, and it’s possible that some of us are reluctant to replay the album, that perfectly slots itself, but losing ourselves with the band’s music is a trance, a journey through the depths of human soul that reaches every feeling. Mirror Reaper is a piece of art in the true sense of the word, and all those who are part of the project put their whole heart in it.