In Russia, temperature can reach extremes in winter, and it’s in my opinion a clue about why Second To Sun’s music is this cold.

Created in 2011 by Vladimir Lehtinen (guitar, bass, who also plays with Epoch Crysis, Vintergata and Voivotus) as a Raw Black Metal band, it finally evolves into a melt of Groove, Post Black and Melodic Death Metal as per songs. Accompanied by Theodor Borovski (drums, The Lust) since 2014 and Gleb Sysoev (vocals, Grima, ex-Deafknife), Vladimir officially released three records since the band’s creation. The last one, The Black, is about to be released and will blow your mind. 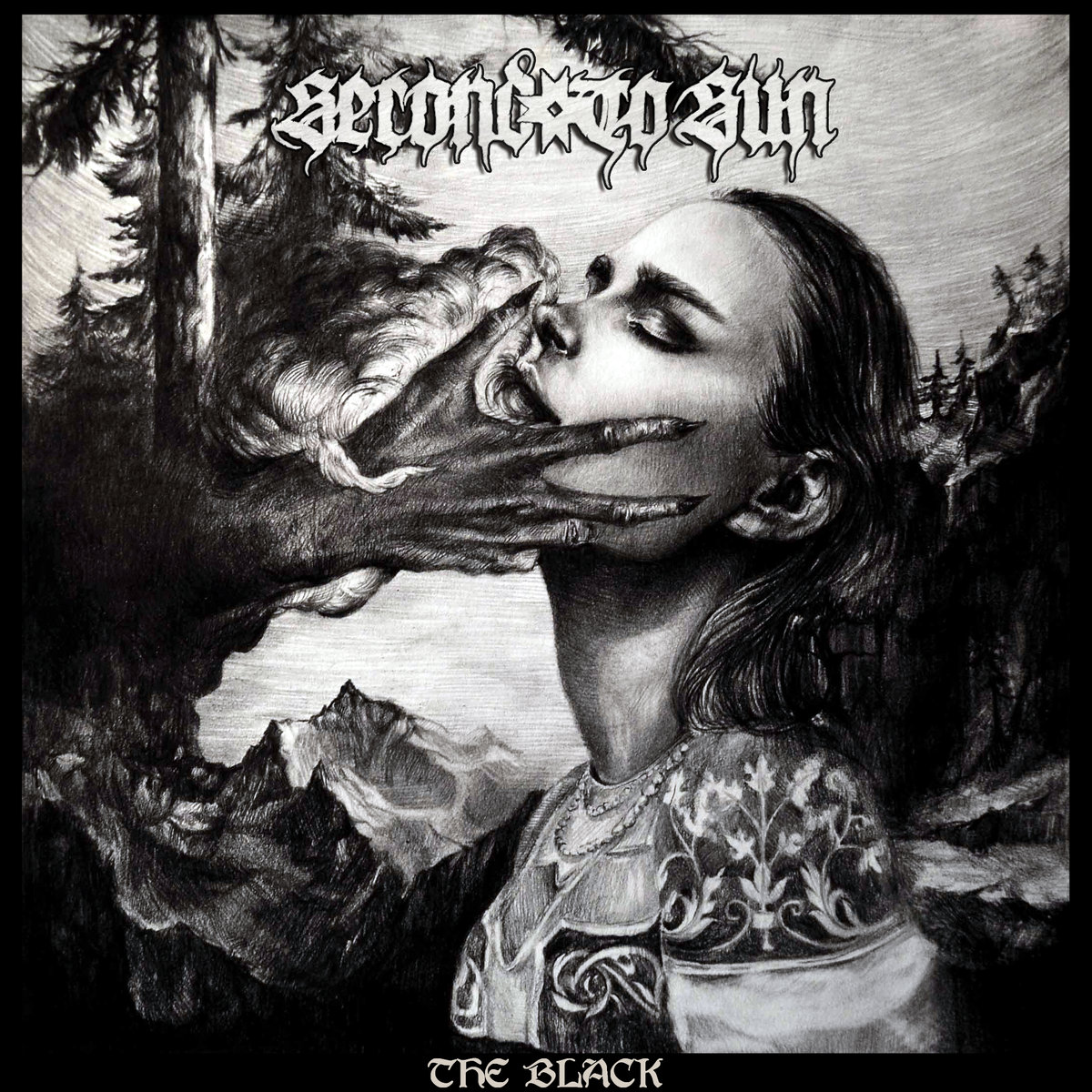 It’s a failed flute interpretation by flute (well known on the internet) of the 20th Century Fox credits that was chosen by the band to begin Ladoga Master, the first track. After a questioning moment, massive sound comes and it is the real beginning of the song. Even if firsts riffs are quite calm, notes tornado go forth quickly, and a furious blast supported by massive rhythmic blows up. On atmospherical moments, flute (way more melodic than the first one) adds a mystical touch to the whole song, that ends fast. On The Wall, Second To Sun offers us a wall of sound again, interrupted by Groove riffs, before rhythmic explode again. Gleb’s vocals add this freezing touch to massive riffs, and Chokk Kapper lengthens the experience. Once again, flute invites itself on a blend made of majestic but sharp Post Black, and aggressive riffs melted with screaming vocals offers a huge contrast, with the beauty of the blast that highlights both elements.
Vasilisa offers a kind of nocturnal walk surrounded by animals before leaving us in front of a dark and stabbing lament. Riffs are filled with obvious sadness, and the rhythmic’s blackness perfectly fits to lead guitar melancholia, in addition to vocal’s strength. A bit more cheerful, Region 13 made me think to a Folk Metal song, near from Pagan sound, but with Second To Sun’s own touch. Even if the rhythmic is way more simple to play, it allows keyboards samples to be more present, but this impression won’t stay for a long because the beginning’s darkness comes over at the end. The Fool starts with a clean sound that chokes children’s cries before being sunk by dark riffs filled with hatred. A bit dissonant, lead guitar perfectly merges into this beautiful rhythm track while leaving the heavy sounded bass its place. This track, which is the album’s longest one by far, has many breaks that reminds us Groove roots with some disturbing samples that join an airy flute.
The end of the record is composed of four tracks with a perfectly smooth transition. Mrakobesie pt 1 : Divine begins with some clean sounded riffs before heading back the band’s cold and majestic Post Black. Blast beat combined to incisive riffs is effective and absorbing, but it can also be a bit disturbing. The final noise leads us to Mrakobesie pt 2 : Letter, which is an instrumental track. While remaining coherent with the previous one, it adds an oniric side to the sound, and it gets stuck in my head for a while. Vocals come back for Mrakobesie pt 3 : Hunger, and this short track provides creating a frightening feeling by itself, thanks to samples over rhythm part. Lastly, Mrakobesie pt 4 : MK-ULTRA RU comes back to the band’s very beginning with a dirty and primitive Raw Black Metal without any kind of vocals. Are they back to their roots? It’s still a mystery.

Second To Sun is the epitome of a surprising but perfect blend. Post Black’s coldness meets Groove Metal’s fury for some amazingly powerful tracks. The band has successfully try something new to find their own sound, and I guess that I can say that their quest of the perfect sound is over, but I hope that they will come to the stage really soon.