Created in the United States in 2011 by Dave Suzuki (guitar/vocals, ex-Vital Remains) and Ray McCaffey (drums, Sin Of Angels, ex-Grief), the band gathers a first line-up with notably Mike Cardoso (Haxen) on bass and vocals, and Kevin Curley (guitar), then records a first EP in 2013. The full-length follows in 2014 then Kevin Curley quits the band in 2015. He is immediately replaced by Timmy St. Amour, and the band records a split with the english band Opium Lord the next year. In 2018, Derek Moniz (Black Acid Prophecy) substitutes Mike and None Shall Live… the Hymns of Misery, the band’s second full-length, is out. Let shadow demons come. 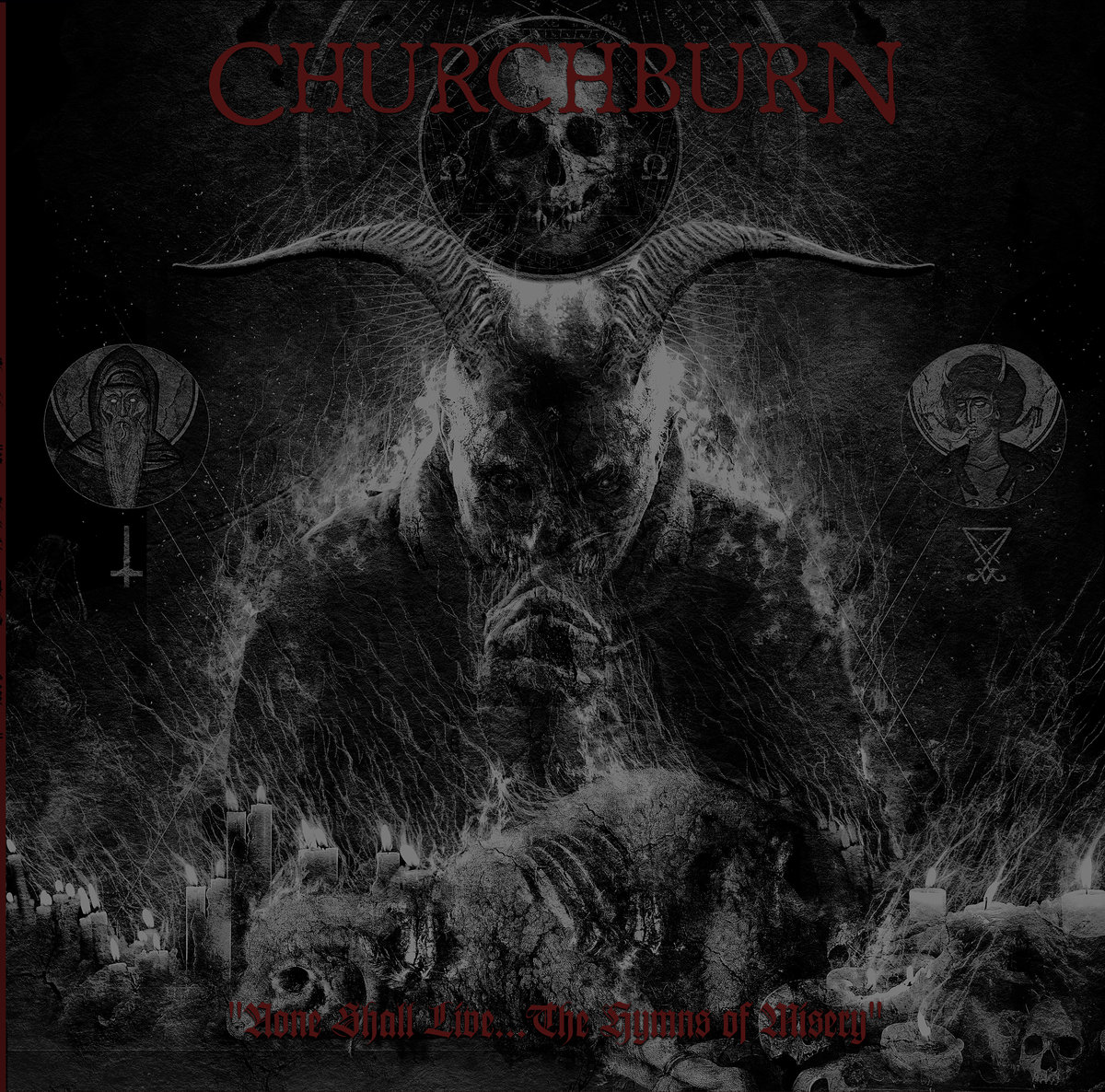 Vexare, a long instrumental introduction, begins the record. We can hear a larsen and an oppressive sample before the slow and haunting rhythm part starts. Dark riffs fill the air and there’s quickly no other thing in our mind than this demonic rhythmic that fades to Lines Of Red. The first composition with vocals is as mesmerizing as the introduction, but vocals are like a sharp razor blade, slashing all over this beautiful track. Blackness is at its top when singers scream together over lead guitar before rhythmic falls over us again. Even with the solo, it’s impossible to see a single ray of light. The Misery Hymns’ introduction let us glimpse a quieter composition, but it won’t happen : greasy riffs come back. It’s totally impossible to not feel the weight of misery that this track spits on our face since it is so absorbing. But the final part flirts with psychedelic rhythms.
Authorized To Cleanse’s introduction let us think once again that the song will be more atmospheric, and this time it will happen. Even if instruments quickly come back to a heavy rhythm that slowly moves forward, the airy lead guitar gives the track this positive aspect, at least until the middle of the track. Right after, the americans will unleash the apocalypse, just like on Before The Inferno. Firsts riffs are worrying, and jerks make me feel that it sounds a bit like Mathcore, but obviously dirtier. Double kick roll on the final part leads to Relieved By Burning Lead and its introductive sampler. Really quiet and almost reassuring, it suddenly stops with a gunshot for tribal percussions to introduce the band’s following unholy riffs, with a lead guitar sound that instills pity as much as pure hatred. Once this harrowing composition ends, Kaustos, the last track, starts. Once again, the introduction is intriguing, disturbing, it makes us think, and the rhythm part descend on us all at once, relentless and cold. This tearing instrumental track ends on screams of terror that could tell nothing else than pure desolation before fading for the last time.

Churchburn achieved to create a real drain of feelings with None Shall Live… The Hymns Of Misery. The record have to be listen at one time and the disturbing feeling that we have during the firsts seconds will never leave your mind until it’s over. When I realised the crazy impression that this Hell’s offspring made me, I just have one more question : what about live shows?